But the feel-good, smash hit about black women NASA specialists has strong moments. 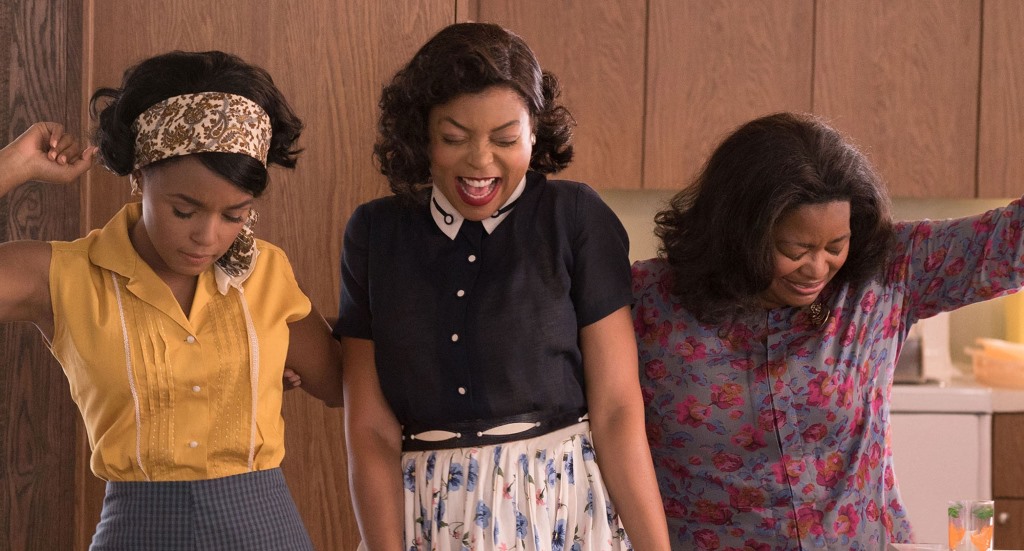 Unquestionably the surprise feel-good smash hit, congratulatory slap on the American back and elevation of black pride currently at the movie theaters is “Hidden Figures,” which has leapt to the forefront of national attention and even awards consideration. Sure, “La La Land”  may win the Oscars and dominate the world box office, but not far behind and winning the comfort vote of American self-satisfaction is “Hidden Figures.”

It is a sign of how well the movie has absorbed the lessons of Hollywood’s narrative past and how desperate we are to believe in the fictional simplicities of re-shaping historical events into an acceptable formula of climax after climax.

In 1960s America it was unusual for a major daring initiative – launching man into space – to seek help even in the much maligned and neglected African American community for “human computers,” people so good with numbers and mathematical calculations that the skin color did not matter as much as their science.

NASA was pioneering on many fronts and certainly could not afford to be petty on this one. This is the view of America we like to think of – that ability, content of character, respect for the brain – outweighs all else.

There is actually a historical basis for “Hidden Figures” – black women whose talents fit into NASA’s needs to send Alan Shepard and John Glenn into space. Katherine Johnson was a whiz with numbers. Dorothy Vaughan had a knack with mathematical  programming. Mary Jackson was determined to become NASA’s first black engineer. All have plaques and even buildings named after their work.

From such examples, “Hidden Figures” has built a powerful myth – three black women escorted into work at high speed by a white patrol office who momentarily out of patriotism sets aside his instinctive belligerence toward blacks. Setting aside belligerence in the face of ability is the fiction the movie rides to death.

There is some justification in elevating a forgotten chapter in history, but it is a fabrication to suggest it deeply changed society, unless you are living in a different society than I am.

Romance blossoms at a church picnic where a feisty black woman intellectually puts down a handsome officer to the amusement of her fellow workers. (At least this justifies the presence of another remarkable acting name to emerge this season, Mahershala Ali who is also in “Moonlight.”)

The movie is built of little set pieces like this that proclaim the characters’ worth, the indignities they suffer usually at white hands, how they persevere and on and on in clever but artificial elaborations of what was quiet pioneer heroism. It is how facts become legends, to paraphrase legendary director John Ford, whose movies preferred the legend but also showed the facts.

Taraji P. Henson plays Johnson in invented sequences of being forced to run to the colored woman’s restroom in a nearby building every time duty called, or confronting sympathetic but hard-nosed supervisor Kevin Costner about the demeaning treatment – which he rewards by offhand singular meetings and approval. Octavia Spencer plays Vaughan not just as the trainer of numbers  teams but as the only person capable of figuring out the enormous IBM database of the time. Janelle Monae, who also has an impressive turn in “Moonlight,’ is the sassy Jackson (at least sassy in this version) determined to become a combination engineer, matchmaker and liberated woman.

The actresses deserve credit for going right at the material. Henson conveys an intensity about her work that rides through all the diversions into Hollywood romantic territory. Spencer cracks wise and knowing almost to the point of annoyance. Monae may have been best known up to now as a singer and model but not anymore. Her screen magnetism and acting chops are going to be her hallmark from this moment forward.

All of this is enjoyable – in the sense of making the audience feel great about how openly and hard these women fight against prejudice and how the suspicious white world, mainly in the form of Costner and ever doubtful assistant Jim Parsons, eventually bends to the value of these black women. Of course, the hostility is exaggerated as is the acceptance.

If you trust the film, only because of these women’s involvement does Glenn make it around the world in space and return safely. Only because of their programming expertise does the IBM computer kick out reliable data. The film is smart enough not to say this directly but the images certainly imply that level of importance.

Director Theodore Melfi has absorbed well the lessons of movie construction of the past, how to build individual life lessons into an audience pleasing fairytale. In seeking to glorify these women by exaggerating their circumstances, the film may be doing a disservice to them and to history. That certainly is the reaction on reflection, though I think audiences will enjoy being led down the garden path of this vision of the 1960s era. Other movies set in the present are forcing reflection on a more genuine state of humanity.