The Oscars and Women

Three movies with strong women roles were mostly overlooked. Why? 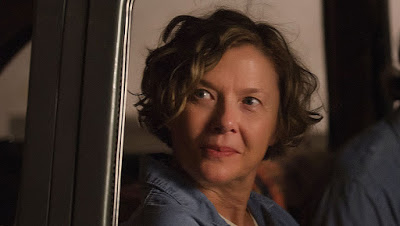 The curious but understandable Oscar neglect of Annette
Bening in “20th Century Women.”

A release date reveals a lot of what producers and studios are thinking about Oscar nominations – or lack of them.

Not seasonal perennials of course. The “Star Wars” franchise routinely locks up the family holiday audience ever year in December, not expecting much from the Oscars (good thing, too — only a visual effects nomination for “Rogue One”). Action and superhero films think similarly, throwing in Thanksgiving.

But more serious, explorative and socially comedic films are given release times that will help them leap out of the pack and force industry Oscar voters (and the foreign press association, and the Screen Actors Guild and other much televised exercises) to pay attention. These releases are often placed at the end of the year. The studios don’t have much belief in their own industry’s attention span.

Such was “Nocturnal Animals,” given a limited sneak peek for New York City and Los Angeles in November (this big city release is a condition of the Oscars) before entering general release December 9. Try to find it now.

Supposedly a suspense film in which a violent rape in a novel affects the writer’s former wife, forcing her out of her cocooned luxury, Tom Ford’s film is flat pretentious in its visually elegant stylings and only partially believable in plot.

That did result in one surprise and rather strange Oscar nomination (supporting actor Michael Shannon as a cancerous quixotic sheriff) and an equally surprising Golden Globe for Aaron Taylor-Johnson as a showy sometimes naked extreme villain, a role any good actor would kill for (figuratively). There is strong screen presence from veterans Jack Gyllenhaal and Amy Adams (Amy in particular keeping us interested in a boring woman). But the film’s producers clearly hoped for much more. 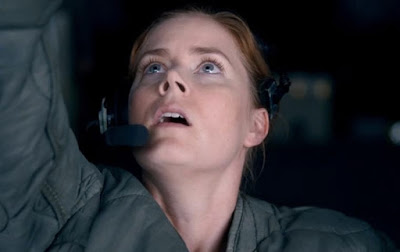 Amy Adams (in “Arrival”) failed to register with Oscar
in two films.

It is Adams’ misfortune that another Oscar hopeful starring her also opened in November, partly to stir Oscar but mainly for Thanksgiving sc-fi attention – “Arrival,” something of a cross in plot between “Close Encounters of the Third Kind” and “The Day the Earth Stood Still.”

Adams’ work in that seemed Oscar bound — a linguistic professor with guts and curiosity (and a hidden mental insight) willing to risk exposure to alien visitors. Her acting keeps the movie palatable even more than the extensive visual effects – and remember, she has been much nominated in previous years. This time she came a cropper despite (or maybe because of) two films in the crucial final months.

The film got recognized in the best picture, best director, best director and five technical categories, but it wanted Oscar to fall in love with Amy, who one day will win one of these things.

But Adams is not the one cited as Oscar’s major oversight. That belongs to the frequently nominated   and always interesting Annette Bening. Her tabloid fame may come from domesticating Warren Beatty but her acting prowess has made her the most reliable inhabitant of diverse characters next to Meryl Steep.

She picked a doozy keeping “20th Century Women” humorously afloat – as a mother who came of age well before feminism and open talk about sex in the 1970s. Clinging to old habits (chain-smoking Salems) she seeks to help adolescent son Jamie (played engagingly by Lucas Jade Zumann) safely navigate this raucous new world of punk dress and music, jackass stunts and promiscuity.

Director-writer Mike Mills has long tapped his personal experience and added playful memories. (A humorous moment comes when a devoted punk artist captures every moment in her day with her Polaroid, something hardly unique today —  everyone has  a smart phone.) The movie dances among visual extremes (fast motion, acid blurrings and straight naturalism) with some blunt dialog that won Mills the film’s single Oscar nomination in a category where he is outranked (best adapted screenplay). Would you like to go up against “Fences,” “Lion,” “Hidden Figures” and “Moonlight?” 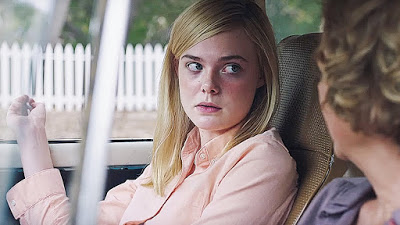 Neglected were pleasant but mainly behavioral acting exercises from Greta Gerwig as the punk artist and Elle Fanning as the object of Jamie’s unfulfilled desires. Billy Crudup circles the feminist and documentary undertones as a securely hippie and hedonistic handyman. But the film becomes lost in episodic incidents and overly obvious social commentary. Where it should fly it swoons and even a final image intended to keep the film afloat drags the audience down to earth.

For these reasons, I don’t consider the general exclusion of “20th Century Women” a mistake —  though it is curious that Meryl Streep is again nominated for a film that is already on pay TV, “Florence Foster Jenkins.” But hers was a more impressive acting job.

Bening’s character is a  less attractive acting challenge — as much an object of helplessness as intended hopefulness. The actress loved unearthing the contradictions and invests meaning even when there doesn’t seem much of a purpose. I would have preferred her in a New York minute over Natalie Portman, but the mystique of “Jackie” won Oscar voters over the slightly comic portrait of a confused 1970s mother.