“Manchester” Is a Director’s Triumph

Despite Best Actor nod for Affleck, “Manchester By the Sea” is director Kenneth Lonergan’s movie. 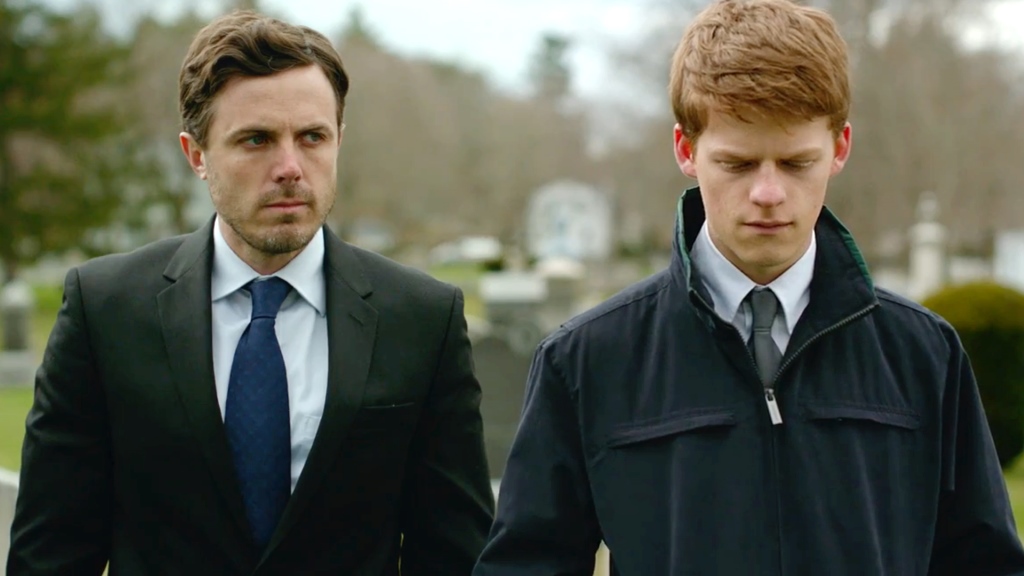 Casey Affleck and Lucas Hedges in “Manchester by the Sea.”

“Manchester by the Sea” is being touted as an actors’ movie (particularly one actor, Casey Affleck), as a sad but gripping excursion through a lost soul redeemed by having to care for his nephew, a meaningful and highly rated film about overlooked everyday reclamation.

Missed in that description is that it is really a director’s film — Kenneth Lonergan. It only works so well because he refused to gussy up the story with dramatic flourishes, letting the quiet reality unfold in flashbacks and careful revelations, trusting the audience to do the empathetic work. It is rooted in working class values so we can feel the New England cold, the drudge of snow shoveling, the blocked toilets, the gray highways, the pain of a common hospital ward where sad news is delivered.

He keeps the cast and a fine technical crew completely at the service of the mood and the writer – Lonergan – staying true in story choices and interaction. This invests small variations in character Lee Chandler’s focus that bring him not to redemption but to the hint of changing back into a mensch (the Yiddish word for a good person). In other words, a truly believable reluctant change.

We watch Lee (Affleck), a stoic uninvolved Boston custodian clearly smarter than his circumstances, emptying trash and fixing plumbing in walled off manner, occasionally erupting over beer into fistfights — clearly a lost human being with a dark hidden side.

Then his brother dies and leaves him sole guardian of 16 year old nephew Patrick (played by Lucas Hedges), at which point we get touches of his past life and tragedy that led him to this state of isolation and self-imposed emptiness.

Only in contemplation do we realize his late brother’s motivation (a role of observant watcher played in flashbacks by Kyle Chandler, in quite a departure from TV’s “Friday Night Lights”). Only after absorbing Affleck’s haunted eyes and locked off behavior do we comprehend the depth of the family tragedy and self-loathing that have driven him to this stoic façade and his determination to stay there.

The story was apparently suggested to Lonergan in a down period by friend and now an executive producer on the film, Matt Damon, who couldn’t star and suggested Casey Affleck (younger brother of Ben). Damon couldn’t have made a better suggestion because Affleck becomes Lee with his vacant eyes, darting subdued looks and hesitant hand gestures, refusing to break open but clearly tempted to when encountered by his ex-wife (naturalistic fine work by Michelle Williams). He has the stillness, the accent and the man of few words delivery needed for Lee.

We reach the point of understanding a more life-loving Lee in his past, an indulgent belief in life that may have led to his tragedy. We long for a smile to break that sullen face. That elevates our intensity in watching the performance. We are finally satisfied only when Lee is out on his family boat — on the life-enhancing sea, the smooth glass ocean off of Manchester that fulfills the story’s contrast with Lee’s emptiness.

Never overlook how carefully director Lonergan (also Oscar nominated) has modulated these performances, never stop appreciating what he left on the cutting from floor. The observation of people and of landscapes is expertly achieved by cinematography from Jody Lee Lipes and delicate film cutting from Jennifer Lane (neither are Oscar nominated).

The film has also earned a supporting actor nomination for Lucas Hedges, who at age 20 perfectly captures the insolence, rebellion and budding sorrow of nephew Patrick. I think the votes in that category are going to lean to the screen magnetism of Mahershala Ali of “Moonlight” or rising star Dev Patel of “Lion.” But the largely unknown Hedges deserves to be in such company.

Affleck is also nominated for best actor, amid some controversy because of past sexual allegations that had been settled out of court. Despite media comparisons to Cosby and Trump, it should be his performance that matters not speculation, and he has been reputable in the past. But I’m not sure this isn’t a perfectly orchestrated one-off. I prefer the proven gifts and realizations of Denzel Washington in “Fences.”

3 thoughts on “Movies: “Manchester” Is a Director’s Triumph”