‘Lion’ and ‘Moonlight’ are two of year’s best films. 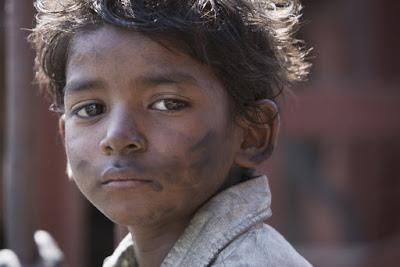 Sunny Pawar as the young Saroo

In a review of “La La Land,” I mentioned in passing that “Lion” was an important film about human redemption while “Moonlight” was more importantly about human acceptance. That generality may be a bit simple but the contrasting messages and the breadth of humanity make both films vital to see.

“Lion,” based on real events, is about a person who becomes whole in spite of audience expectations. A five year old boy abandoned thousands of miles from home on the streets of India, surviving in the mud and poverty, barely escaping being sold into sex trafficking, is rescued by a white successful Australian family committed to black and brown children. They are so committed they are willing to also take in a self-abusive “brother” whose destructive tendencies stand in sharp contrast to Saroo. Yet the adoptive parents cry for both.

The boy grows into manhood with gifts of friends, athletic ability and openness that make the middle class simpletons within us admire how much progress he has made and question any instinct to go back. Why would anyone return to that squalor?

We almost expect him to keep forgetting the poverty and lost family from which he sprang. Indeed the first half of the film is effective because it grabs us hard in the horrors while we are aware of how little he realizes about the trauma he is going through. Then so many things combine to make him forget even further. 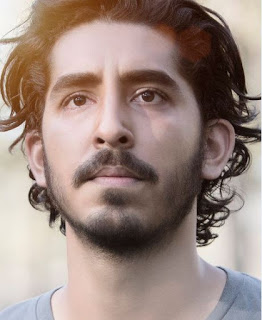 Yet eventually he is haunted by the abandoned child he was and the family he lost, so much that it is destroying his life and mental security and forces mistreatment of his girl friend and adopted parents – and launches a secretive impossible journey 25 years later to discover his past.

Outlining the story without giving away its impact is difficult. I think parents in particular will find this an inescapable story. It is aided enormously by the immediacy of the child actors in the first half, notably Sunny Pawar, and by the hypnotic presence of Dev Patel as the adult Saroo.

Patel is a physically and emotionally arresting cinematic actor I first admired in both “Slumdog Millionaire” and the TV series “Newsroom.” His ability to command the screen without obvious effort is a major plus in film roles – and certainly is relied on in “Lion.”

There is a capable supporting cast in Nicole Kidman and Rooney Mara but the film is really Saroo’s struggles as a child and then an adult. Director Garth Davis, who has a considerable British commercial reputation, can add a true human feeling as well as camera mastery to his repertoire. He brings the streets of Calcutta alive in both frightening and convincing terms and delves almost too deeply into the technological frustrations of the adult Saroo’s search for a way into his past.

But the payoff is powerful. Anyone who has ever cared about the bond between mother and child, brother and brother, will be torn up by the movie.

“Moonlight” is a twilight vision of equally compelling humanity and probably even deeper and perhaps fatalistic insights into the human condition. Director Barry Jenkins, working with a screenplay by Tarell Alvin McCraney (who also grew up in the same Miami slum during the drug wars), has fashioned details of life and place that are constantly faithful and provocative.

I understand the instinct of the LBGTQ community to promote it as a mainstream queer movie, but I frankly worry that such a characterization limits for many audiences the scope of its message. 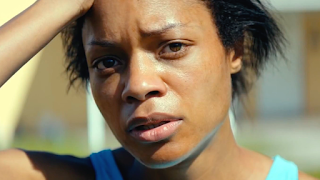 Three actors play the protagonist from elementary school to middle school to adulthood, from his earliest awareness of being gay, of his mother being a crack whore, of how to deal with the bullies at the school. The details are told without hype. The revelations come in quiet conversation or sudden acts of tenderness and violence. The audience is startled to see the child grow into the spitting image of the same muscular drug dealer that first showed him kindness.

When I say this is a film of acceptance, that may be a bit misleading. The author is now a MacArthur genius and the story clearly contains elements of his life. The journey for Little/Chiron/Black as the character is variously known may be seen as a pre-determined journey for a black child from the slums. But in the story of acceptance of his homosexuality and awareness of what he is and how he will forever deal with his life, there is a journey of quiet discovery that is quite moving. It speaks to all genders and sexual identities. I never for a moment thought of it as anything but a movie for the ages.

The film is also arrestingly cast, led by strong acting presences of Mahershala Ali, Janelle Manoe and Naomie Harris. The cinematic quality is simply stark or poetically somber, creating an aura of believability that makes every incident a special moment to watch and empathize with.