A culinary destination with a comfortably priced happy hour. 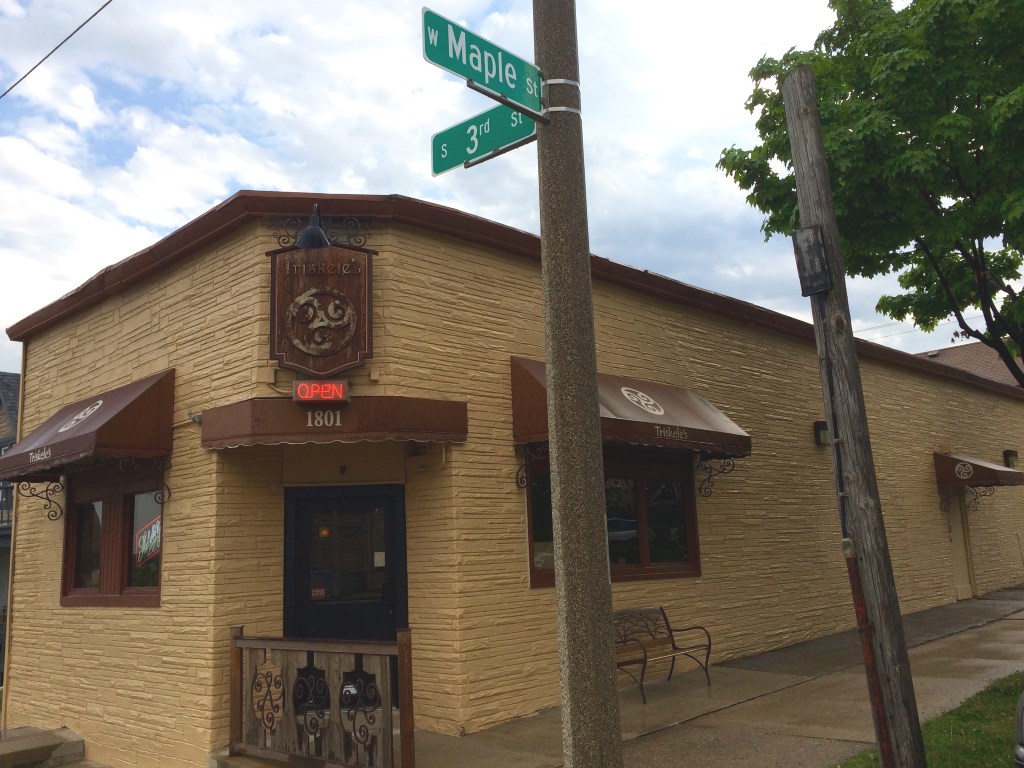 Every once in awhile I come across an establishment so charming, delicious and affordable (during happy hour) that I’m baffled as to how I’d never been there before. Such was the case with Triskele’s (1801 S. 3rd St.), a cozy restaurant with a show kitchen behind their bar. There are a number of reasons why Triskele’s flies under the radar. For one, the restaurant is tucked away on 3rd and Maple on the border of Walker’s Point and Bay View. Triskele’s also hasn’t advertised since opening in 2008, save for a few holidays and special occasions. They mostly depend on word of mouth and the occasional write-up. Given how busy the restaurant became by the time I left Tuesday night, word has definitely gotten around.

To be fair, my girlfriend had been telling me about Triskele’s and their All-You-Can-Eat mussels deal on Tuesdays for over a year. We finally got around to it this week and it more than lived up to its reputation. Happy hour runs every day they are open (Tuesday through Saturday) from open (4 p.m.) to 6 p.m. It is active throughout the dining area, not just at the bar, and includes $3 tap beers, $1 off rail drinks, and $4 house wine (Tuesday night the house wine was a cabernet and chardonnay from California). They have 9 taps (including Sprecher Root Beer) and are the first place I found District 14 beer on draft, a microbrewery in Bay View that opened in 2014. I ordered a pint of their “Raspberry Beret,” a sweet and refreshing raspberry and lime summer shandy.

While Triskele’s has the food credentials to be lumped in with Walker’s Point’s growing roster of culinary destinations, such as Braise and Meraki, Triskele’s has been around longer and feels more like a neighborhood bar. There is no pretension and the clientele is a mix of locals, artists, working-class and wealthier patrons. Happy hour also includes two food deals: their half-pound burger is only $5 and their mac and cheese is $6.25, both being half-off. You can add cheese to the burger for 75 cents and a side of fries for $2. The mac and cheese can be topped with chicken or andouille sausage for $4 extra.

Though we went to Triskele’s explicitly for the happy hour and $8 All-You-Can-Eat mussels, the menu and specials contained a number of tempting items. The grilled mahi mahi (with mushroom tapenade, roasted fennel butter, blue potato fritters with a cabernet reduction), buttermilk fried portabella sandwich (with fresh arugula, tomato, red onion and basil aioli), eggplant tempura (with curry spice, cilantro and soy-ginger dipping sauce), and the toasted IPA and asparagus bread (with spring pea puree and tarragon orange butter) made me question my hunger for mussels. What sealed the deal on our clam feast was the two preparations, which change weekly: thai coconut curry and ginger garlic broth. We put in an order of each plus a side of chili spice fries. The Prince Edward Island mussels, which are flown in fresh each week, come with a basket of bread, perfect for sopping up the savory sauces. Both preparations were fantastic, but we opted for second helpings of the thai coconut curry.

Co-owner Lynn Winter was behind the bar during our visit and told me that chef and co-owner JoLinda Klopp used to work at a seafood restaurant in Brown Deer, so she brings many years of experience to the mussel game. The “trio” is a common theme at Triskele’s, from their logo and namesake (the three-spiral Celtic symbol) to the way their menu is broken down into Meat, Seafood and Vegetarian categories (not to mention, 3 appetizers and salad, and 3 entree options in each category). Winter said that their cozy confines and comfort food, plus lack of outdoor seating, brings them bigger crowds Fall through Spring. Once festival season hits business tends to slow down, and they’ll be closed during Summerfest, but for me the warm months are prime time for seafood. The space is decorated with plants, local art, and some leftover Christmas lights hang above the bar and near the back of the dining area. Two small TVs are tucked in opposite corners of the kitchen/bar, so you can still catch the game without an overbearing sports vibe.

On top of their happy hour and mussel night Triskele’s has a couple other popular weekly specials. On Thursdays all six of their regular menu appetizers are $5 and Klopp adds a few extra selections. Wednesday night is half-off bottles of wine (they have 8 white and 9 red wines) and $3 taps all night. They have 19 bottles and cans, mostly your standard variety macros, local crafts and imports. If you don’t indulge in their discounted fare, a meal at Triskele’s can be expensive, but the quality is there and that message is slowly spreading. 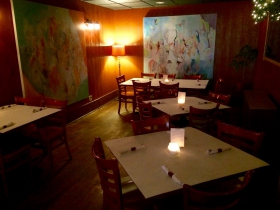 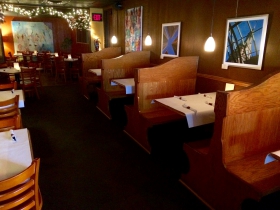 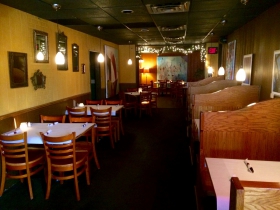 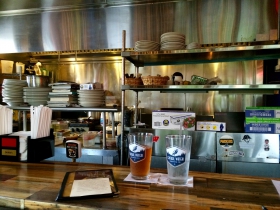 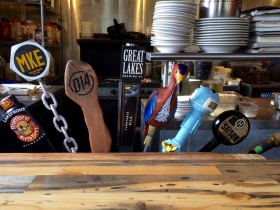 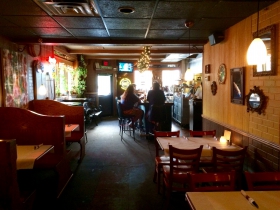