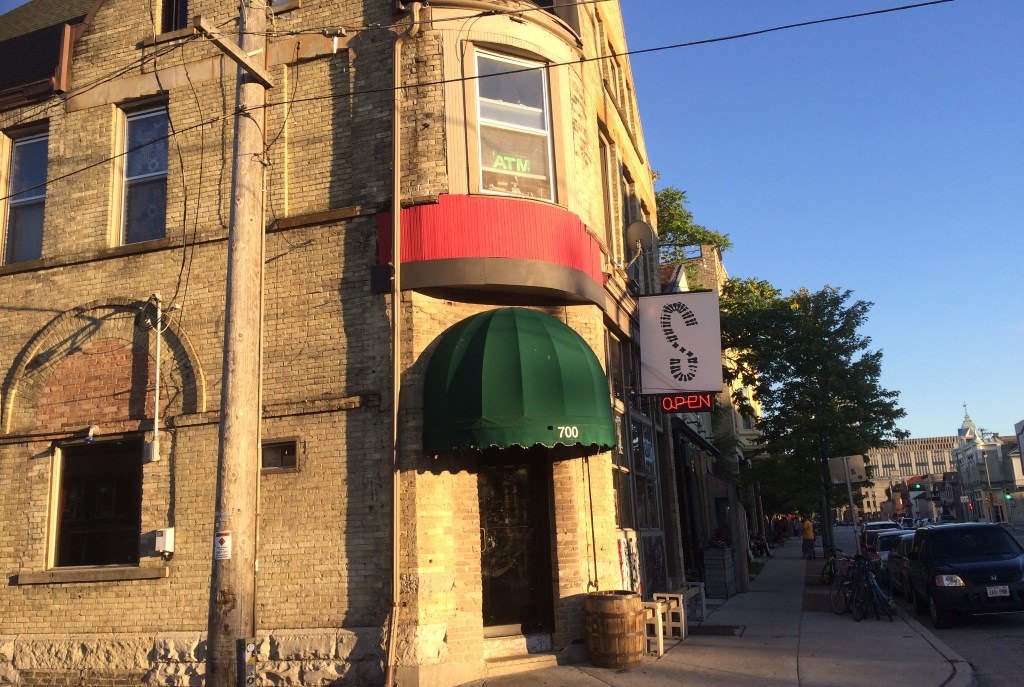 With the closing of Yeild Bar back in May and the Hotel Foster over the weekend, I have no choice but to put this weekly happy hour column on ice. Yield and HoFo were the first and second bars to be featured in this column, and I don’t want to put the Nomad and Blackbird in jeopardy. (The third and fourth bars I profiled, respectively).

I’m joking of course. Actually, a few things have changed in my life and I’m not able to keep up with the column. Before I take a prolonged break I figured I’d write up a notorious happy hour. And I didn’t have to venture far from my Walker’s Point home, just a few blocks away on South Second Street and West Pierce Street. You might say I’m taking a “Sabbatic-al,” though it won’t exactly be paid leave.

Like Hotel Foster and Nomad, Sabbatic (700 S. 2nd St.) has a sprint-style happy hour, with almost every drink priced at a mere 99 cents from 7 p.m. to 7:15 p.m, seven days a week. (That’s a lot of sevens!) Doubles are $2 and certain top shelf liquors are not included in this “Beat the Clock” happy hour.

They also have a regular happy hour that runs Monday through Friday, from 5 p.m. to 9 p.m., which includes half-off taps, rails and domestic beers. Taps are usually $3 to $4, rails are $4 for singles, $6 for doubles, and domestics are somewhere around $3. The standard happy hour also runs Saturdays and Sundays from 2 p.m. to 7 p.m.

Sabbatic’s bar was lined with patrons when I walked in last night at 7:03 p.m. The lone bartender, the badass Miss Rachel, litigiously worked her way around the bar. I didn’t get much time to chat and quickly ordered an MKE Outboard, a cream ale from the nearby brewery. Realizing there was only five minutes left in the deal, I waved Rachel over and ordered a shot of Tullamore Dew for good measure. As she poured the drink she told me that they also have a deal during happy hour that combines a 12 oz. can of PBR with a shot of Tully for only $2.75.

The tap beers this week include MKE Outboard, MKE Louise Demise, Founder’s Porter, Goose Island IPA, Surly Hell, Vander Mill cider, Hinterland Cherry Wheat and Guinness. They also carry more than 20 bottles and cans, including two of my top five dark beers: Surly Coffee Bender and Boulder Shake Chocolate Porter. When I inquired about food Rachel pointed to an assortment of jerky and potato chips and said, “This is our tapas menu.”

If we’re speaking in generalizations, Sabbatic is a punk bar. On Mondays they turn the punk up a notch. Richie Murray plays punk videos and music, while Johnny tends bar with a guest. This past Monday a punk band from Italy played alongside a local punk band. If you missed local celtic rockers Whiskey of the Damned during their Local/Live session for WMSE 91.7 at Club Garibaldi on Tuesday or would rather not deal with the large crowds at Irish Fest on Saturday, the band will be playing Sabbatic on Friday night.

The music thread runs deep at Sabbatic, as they have light fixtures hanging above the bar with 7 inch records decorated around them. The art on the walls is mostly rock and roll inspired, including some Eric Von Munz pieces (local DJ and longtime poster artist for the Cactus Club). On Saturdays they have DJs and on Fridays it is either a DJ or live music. They also have a Pirates of the Caribbean pinball machine, a vintage arcade with a variety of games, darts and a pool table.

I asked Rachel about the origin of the bar’s name. Her understanding is that owner/operators Sam Berman and Jay Stamates originally wanted to call it “Sabbatical” but in their research they found that bars without hard consonants didn’t do well, so they cut it off at “Sabbatic.”

Since opening in early 2010 the corner bar has been in great standing with the neighborhood. Sundays they have potluck meals, especially during the Packers season but also in the off-season. They usually open at 5 p.m. during the week and 2 p.m. on the weekend, but at 11 a.m. for Packers games.

In addition to Sabbatic’s regular and “Beat the Clock” happy hours, they have a number of late night and weekly specials. Miss Rachel’s phone wasn’t allowing us to look at the list, so you’ll just have to visit and find out.

If you’re like me and have a soft spot for the Hotel Foster (my girlfriend and I had our first conversation there), they will open back up for one last time Thursday, in honor of a previously scheduled event. It is a prom-themed party hosted by Lex Allen and featuring performances by SistaStrings, Chakara Blu and DJing by Annalog. Goodbye for now dear readers. And as always, cheers! 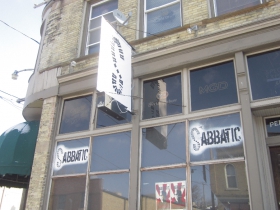 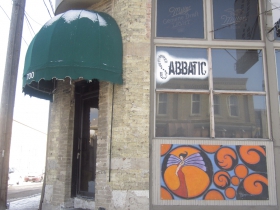 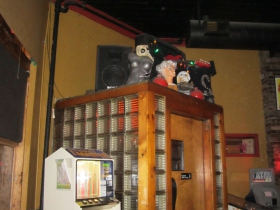 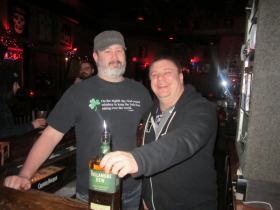 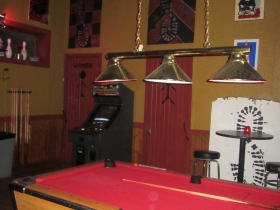 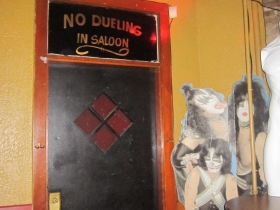