It’s All Local at Braise

The food, beer, even some of the spirits and wine. It’s a tasty happy hour. 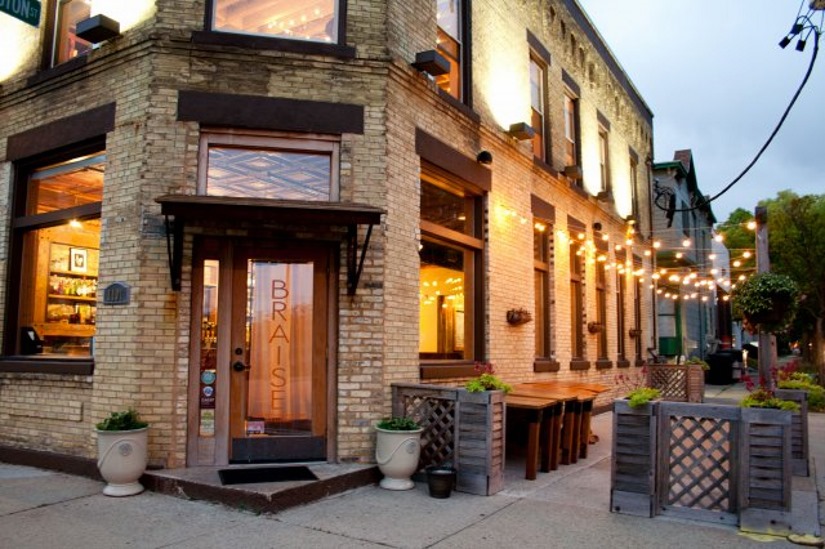 Braise. Photo from the restaurant.

Last week I began my column joking about Walker’s Point reaching the capacity for small-plate restaurants. This week the featured establishment is Braise (1101 S. 2nd St.), arguably the epitome of a Walker’s Point small plate, farm-to-table, rotating-menu (insert other trendy restaurant labels) restaurant. Not only does Braise serve 90 percent locally-sourced food, they also boast a culinary school, green roof garden (that can hold up to 2,000 galloons of water each time it rains), restaurant sourced agriculture (RSA), farmer’s market home delivery, and an Indiegogo campaign to become a Food Hub. But behind all of those seemingly hip adjectives and additives there is a lot of heart. Braise’s philosophy is about promoting and embodying sustainable principles. If a focus on local and sustainable is wrong, then I don’t want to be right.

An unfortunate reality of our modern food industrial complex is that consuming locally grown food and locally crafted drinks tends to be more expensive than mass-produced, genetically-modified food/drink products. Enter Braise’s happy hour. For less than a fast food meal you can enjoy a mouth-watering locally-sourced Braise steamed bun. Happy hour is only three days a week (Tuesday-Thursday, 5 p.m. to 7 p.m.), but it’s one of the best deals in town. It includes half-off tap beers, half-off tap wine and daily rotating “Odds & Ends.” You can always count on a couple of steamed buns and when I stopped in last night they also had a set of spreads with crostini and two “bites” (small yet hearty plates).

It might be counterproductive to describe the dishes at Braise, because their menu does indeed change daily. The aforementioned steam buns are their “bread and butter,” but so is their actual bread and butter, with the bread freshly baked in their brick oven. They also do game meats really well, not to mention soups, salads, grilled veggies and the occasional taco. During my happy hour trip to the bar (the only place for the specials) I had a fried oyster mushroom, pickled cucumber and black bean vinaigrette steamed bun, as well as the lamb bolognese “bite” on a bed of a quark gnudi (gnocchi without the potato and made with nearby Clock Shadow Creamery quark cheese).

The bar offerings at Braise strive to be as locally-sourced as the rest of the restaurant, but let’s be honest, our local wine scene can’t compare to the venerated regions of the world. Braise does make some of their own bitters and carries an extensive collection of local distillery products, plus small-batch bourbons. When it comes to beer, it’s all Wisconsin. I first tried the wonderfully refreshing and limited-edition cucumber pilsner from award-winning Sanford chef Justin Aprahamian at Braise. Last night was another initial beer tasting for me, this time from Bay View’s emerging microbrewery Enlightened Brewing Company’s, its exceptionally smooth coffee stout called Sustained Thought ($7 regularly). Braise also has Karben4 Fantasy Factory ($6), Black Husky Pale Ale ($6), and Hinterland’s Saison Farmhouse Ale ($5) on tap. The ten bottles offered come from Milwaukee Brewing Company, Ale Asylum, New Glarus and 3 Sheeps.

Braise carries over 20 red and 20 white wines, with four available on tap and included in the half-off happy hour. This week those include a cabernet sauvignon from Napa Valley ($10), a dolcetto from Sonoma County ($8), a chardonnay from Anderson Valley ($9) and a touraine (sauvignon blanc) from the Loire Valley in France ($8).

The building is a 1907 Cream City brick building that was once a Miller Brewing bar and later a bowling alley and has even been rumored to have a live-in ghost. The interior blends exposed brick, wood, tin ceilings and hardwood floors with charming lighting. In the main dining room there are large community tables and in the warm months they have rooftop patio seating. Considering I live just a couple blocks from Braise, one of my favorite features is their daily fresh bakery. Last week I got a delicious loaf of oatmeal almond bread and last night they had corn stix and seeded cracker, all for just $4 each.

Braise is a returning partner of 88Nine Radio Milwaukee’s Sound Bites coming up next Thursday, February 11 at the Iron Horse Hotel. In preparation for the fundraising event I’ve been featuring 88Nine staff happy hour picks.

The choice of Marcus Doucette, host of the station’s celebrated Sound Travels world music radio program, is no surprise: Nomad World Pub on Brady Street where Sound Travels Live happens on Sunday nights. The dance institution (starts at 9 p.m.) is not included in Nomad’s revamped and wildly popular happy hour (Monday-­Friday, 4 p.m. to 5 p.m., with drinks at $1 for the first 20 minutes, then $2 for the second 20 minutes, then $3 in the final 20 minutes), which Marcus describes as a “booster rocket of a happy hour,” but they still have specials on Sunday nights. “My usual order is a Guinness and a shot of Malort. Yeah, I’m one of those weirdos,” says Marcus.”

Right before I began this string of Sound Bites related happy hours I profiled Black Sheep, where I visited local dream pop darling GGOOLLDD’s frontwoman Margaret Butler the same week they sold out Turner Hall Ballroom. During our chat she told me that Braise had her favorite happy hour. Sure enough, yesterday when I visited Braise, she was sitting at a table with a friend, enjoying a glass of wine. 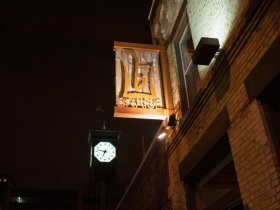 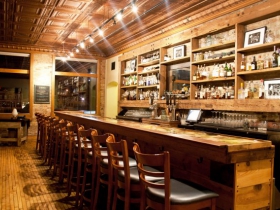 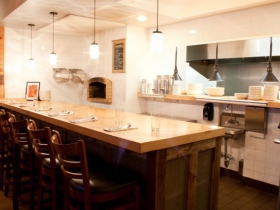 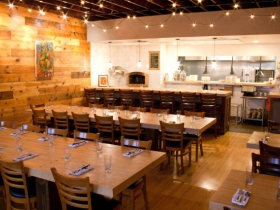 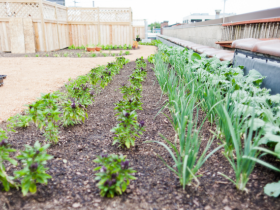 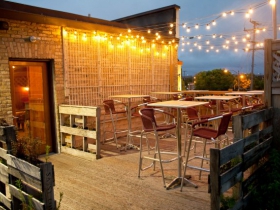