New high rise office building has no city subsidy and will add to the property tax base immediately.

There’s a lot of activity in the Milwaukee real estate world, with Northwestern Mutual building the biggest building in the city, The Couture adding a streetcar stop, a potential new arena, and the third phase of the North End getting underway. What’s frequently overlooked, though, is a privately-financed, 18-story office tower under construction. It’s not as high profile as Northwestern Mutual’s new tower, nor as controversial as The Couture, but it will add a significant amount of office space between the two developments.

I’m talking about 833 East, located on E. Michigan St. and adjacent to the U.S. Bank Center. This new development will contain 358,000 square-feet of space. With a projected cost of $101.51 million, it’s good news for the city that Mark Irgens and Irgens Development Partners were able to get this project off the ground with less than $500,000 in public support (a state grant for environmental cleanup). Unlike The Couture and Northwestern Mutual Tower, which will need to pay off tax incremental financing packages used to construct them, this development will contribute to the general property tax base immediately.

The tower will be anchored by Godfrey & Kahn, which is relocating from the BMO Harris Bank building on N. Water St., as well as a number of other tenants. As of the June groundbreaking, 168,115 square-feet had already been leased.

The Kahler Slater-designed tower will replace a one-story parking garage that was previously used by U.S. Bank. That garage is long gone from E. Michigan St. as you can see in our photos. The rear of the garage remains along E. Clybourn St. and will still be used for parking.

Our photos capture the work of general contractor CG Schmidt as they build the foundation. 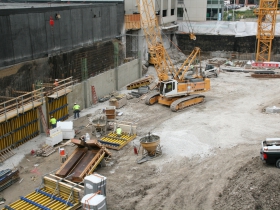 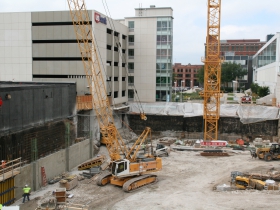 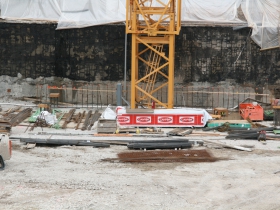 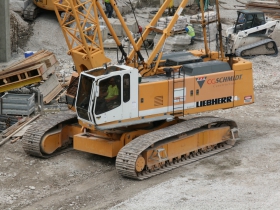 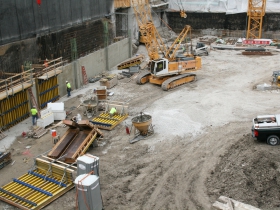 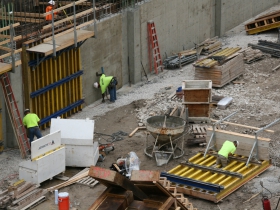