Can Old Warner Theater Be Saved?

Journal Sentinel picks up on our story, and Marcus Corp. says it will consider selling building.

On June 12th Urban Milwaukee reported on a proposed project to reclaim and renovate the old Warner movie theater, last known as the Grand Theatre, and turn it into an arts complex. This morning’s Milwaukee Journal Sentinel has now gotten to the story, with an article by reporter Coral Garnick.

The story by Brian Jacobson offered more details on how the project would expand the building: “Because the building was built as a movie theater, the stage is small,” Garnick writes. “Expanding the stage to allow for a full orchestra or Broadway production means expanding into 2nd St. According to initial designs, the street would become a two-lane road with no parking to allow for the expansion.”

Myron Heaton, who is leading the project, told the JS it would cost $1 million to buy the land and the building. But the entire project, including renovation and expansion of the theater could cost $40 to $60 million, as he told Urban Milwaukee.

The JS story notes that plans have not been shared with the city. But the city and the Marcus Corp. which owns the building, both indicated they were open to the discussion. Katie Falvey, director of real estate for the Marcus Corp, said the company was willing to sell the property and cooperate “if a bona fide proposal was made — if it made financial sense.” 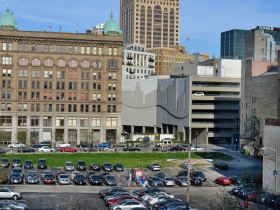 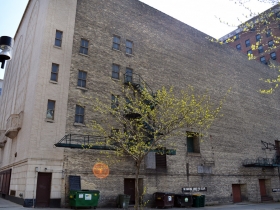 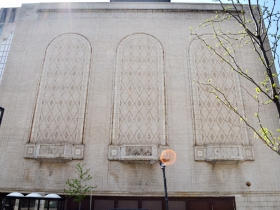 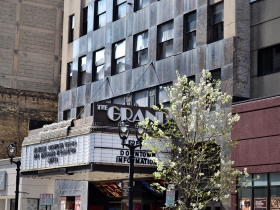 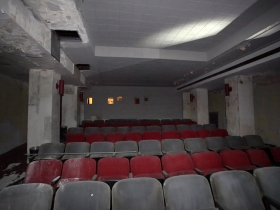 4 thoughts on “Back in the News: Can Old Warner Theater Be Saved?”