The poll raises more questions than it answers – How it was conducted?

Milwaukee — This Monday, the Milwaukee teacher’s union (Milwaukee Teachers Education Association) announced it had commissioned a poll to gauge public sentiment on a potential referendum to dramatically raise Milwaukee’s property taxes. According to the union’s president, as quoted in local media, the poll showed 56% of city residents supporting a $150 increase in every $100,000 of assessed property value. That figure was just 1/10th of what union-backed school district directors recently proposed at a referendum task force meeting in November.

The poll raises more questions than it answers – How it was conducted? Was it methodologically sound? Did it include a legitimate sample size representative of actual voter demographics? Most importantly: Were those polled presented with multiple tax increase amounts, or only the amount reported? Without this information, it is impossible to know the true credibility of any poll.

Rather than covering a teacher’s union rally touting the support of a bare majority of an unknown pool of residents, local media should demand to see the entirety of the poll results, and reporters should question why the union is spinning a support for a much smaller-than-proposed referendum as any mandate for a vastly larger tax increase. 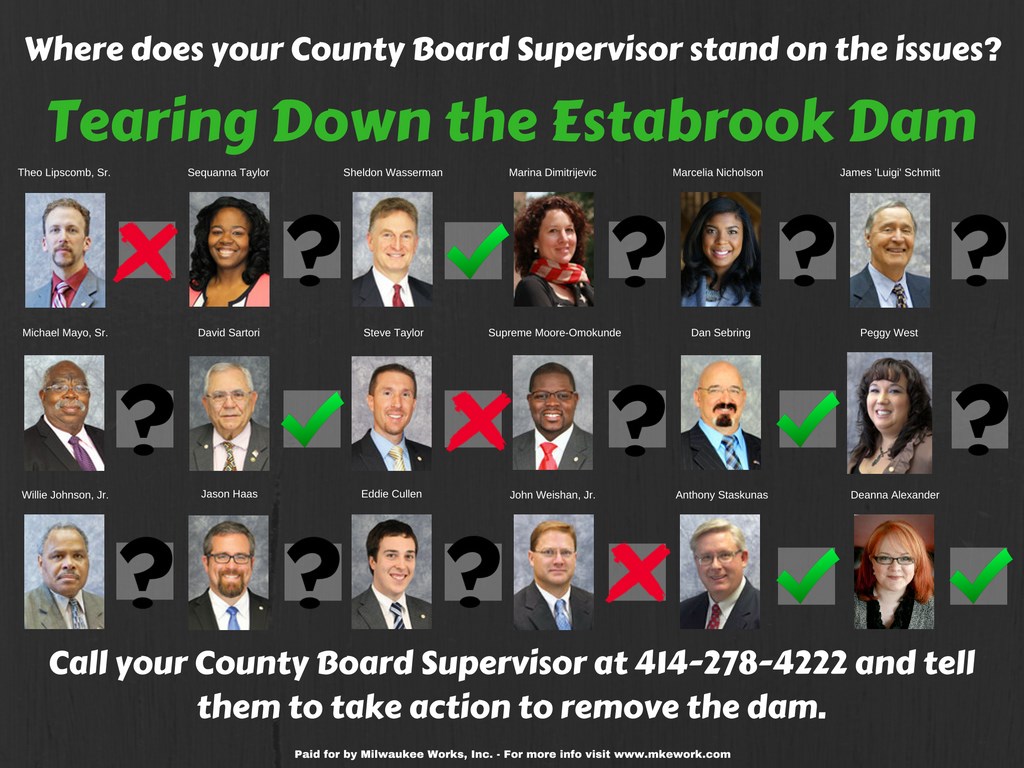 Enough! It’s Time to Tear Down the Estabrook Dam

For years, there has been a consensus among the Milwaukee community that the dam should be removed.