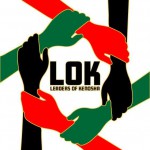 In response the announcement that Officer Rusten Sheskey will return to work without discipline, local Kenosha activists said:

“The decision to put Rusten Sheskey back on our streets isn’t a slap in the face. It’s seven shots in the back of every Black and brown person in Kenosha, and the message is clear: your lives aren’t worth the effort,” said Justin Blake and the Leaders of Kenosha. “For years, people in power have let outdated laws and piecemeal solutions prop up America’s racist culture of policing. President Biden promised the Blake family and Black and brown families across the country that he’d take bold action in his first 100 days. We expect him to end his silence on this and other recent police murders, and take action now.”

“It’s not lost on anyone why Rusten Sheskey is walking free a day after Twin Cities police murdered Daunte Wright, or two weeks after Chicago police killed 13 year old Adam Toledo, or months after a global summer of protests over the murders of George Floyd, Breonna Taylor and Tony McDade,” said Wisconsin Working Families Party organizer Jon Jarmon. “This was never just about consequences or convictions — it’s about a culture of policing that allows officers to brutalize and murder Black and brown people with impunity. It will not be good enough for the administration to make strides in infrastructure, farming, jobs and the environment while leaving policing unchecked. Our neighborhoods shouldn’t kill us, and neither should our police.”

Organizers are currently planning actions in response to the decision. Respond to this email, or call or text Madeline Stocker at 860.808.7857 to stay connected to future actions.

The Leaders of Kenosha is a grassroots organizing group formed after the Justice for Jacob protests, led by local activists engaged in racial justice work. LOK works to ensure equitable access to resources and opportunities in Kenosha and throughout Wisconsin and the United States, with a focus on the Black community.

The Wisconsin Working Families Party is a multiracial grassroots political group that recruits, trains and elects progressive leaders across the state.