Milwaukee: Citizen Action of Wisconsin stands in solidarity with the family and friends of Jacob Blake, tens of thousands of protesters across the country fighting for racial justice and every person who loves humanity, in demanding that the officers involved in his shooting be brought to justice and meaningful actions against structural racism are immediately taken at the state, local and national levels.

We very much need the officer who shot Jacob Blake, and other officers who stood by and watched, to be prosecuted quickly. Before we can even begin to heal, justice must be brought to the police officers involved in this racist shooting and anyone else who tries to cover it up.

But the healing cannot stop there, because what happened to Jacob Blake, and all the other victims of publicly sanctioned racist violence, is ultimately caused not by a few bad apples, but the structural racism that is at the very core of the American criminal justice and policing system. The system of mass incarceration grew out of the backlash against the civil rights and black power movements of the 1960s and has made the U.S, the most incarcerated and over-policed country in the history of the free world. Only a massive shift in resources away from the publicly funded oppression of Black people, poor people, and all communities of color can begin to reverse structural racism. Ultimately structural racism cannot be addressed unless we deal with the unequal political power communities of color have in American society as a direct result of economic marginalization and inequality.

There is much that needs to be done in Wisconsin. Wisconsin’s racial inequality is among the worst in the nation, including the highest disparity in incarceration rates between African American men and whites. In July 2020, a new report from the UWM Center on Economic Development ranks Milwaukee as the worst major city in the country for African American wellness, which includes a series of 30 health and economic measures.

While we commend Governor Tony Evers for calling a special session of the Legislature and proposing some interim steps towards police reform, we urge the Governor to go further in addressing the root causes of structural racism and biased policing. We would like to see the Governor introduce his own major package of reforms up to the scale of the problem, including:

“First, let me send peace and blessing to Jacob Blake and his family. No one should have to go through what y’all did yesterday. I hope justice will be done,” said Rafael Smith, Climate and Equity Director for Citizen Action of Wisconsin. “Unfortunately, what happened in Kenosha is as American as apple pie. The killing of Black and Brown people by the state and it’s racist vigilantes has been a permanent feature of our democracy. It is in our national DNA. As a proud Black man, I am tired of all the talk and demand real, substantial policies that will lead to the free abolishment of these racist systems.”

“Our words are no longer enough. Our actions and deeds are how history will judge us in this moment,” said JoAnna Bautch, Movement Politics Director for Citizen Action of Wisconsin. “Be sure you can say you did all you could to make sure this never happens again.”

“It is hard for us to believe that anyone other than a police officer would be able to avoid immediate arrest when such damning video evidence of a crime is available,” said Robert Kraig, Executive Director of Citizen Action of Wisconsin. “Jacob Blake should be with his family today, not fighting for his life in an intensive care unit, and prosecuting officers for his shooting is the start, not to the attainment of justice.”

Josh Kaul Looks the Other Way on Workplace Abuse, Discrimination Within DOJ by Republican Party of Wisconsin 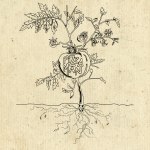