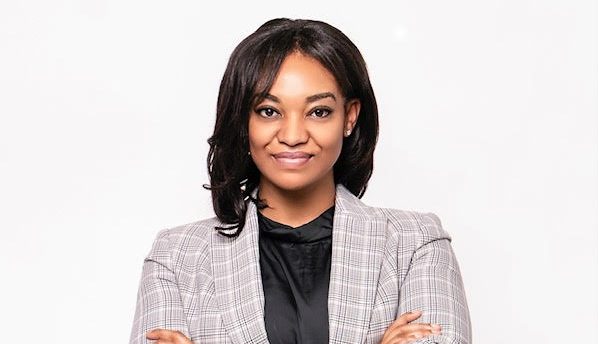 Hill, in an interview, praised the work of her predecessor Deshea Agee and said she is “taking the torch and running with it.”

Like Agee and area Alderwoman Milele A. Coggs, she has a simple goal: “For King Drive to continue to be the best King Drive in the nation.”

The business improvement district serves an area along N. Martin Luther King Jr. Dr. from W. McKinley Ave. on the north end of Downtown to W. Capitol Dr. near Interstate 43.

Agee announced his surprise resignation in June, joining the fast-growing Emem Group in the real estate development world. Hill is going the other direction, leaving CommonBond Communities where she served in multiple management roles.

But their journeys with the King Drive BID effectively started together. Agee started working at the BID in 2016 and Hill joined as associate director in Jan. 2017.

The board selected Hill as the new executive director from a field of 80 candidates.

Hill said she expects big change from Emem Group’s plan to redevelop the Martin Luther King Library branch. “I believe it’s going to be really catalytic and fast track development both big and small,” she said.

The library sits as a pivotal site at N. Martin Luther King Jr. Dr. and W. Locust St. Agee spearheaded an expansion of the BID’s boundaries in 2020 that encountered some resistance. Territory was added north of W. Locust St., encompassing a less-heavily developed stretch that runs north to W. Capitol Dr. That includes the Five Points neighborhood and the Bader Philanthropies headquarters and the building the foundation redeveloped to the north.

Get a daily rundown of the top stories on Urban Milwaukee
The district was also expanded to the west at its southern edge, encompassing much of the Haymarket neighborhood, including the future site of the Milwaukee Public Museum, and encompassing Schlitz Park.

In the middle is W. North Ave., branded as Bronzeville and home to a number of projects including the $84 million ThriveOn King development.

Hill must now thread the needle to tie it all together. Three major initiatives are underway, a traffic calming and streetscaping plan, a catalytic project just north of W. North Ave. and a business retention and attraction effort.

“It takes an open line of communication,” she said. “Most people know that what happens on the southern end might not work on the northern end.”

The districts don’t directly represent residential properties, but the King Drive sits in a pivotal corridor that is seeing rapid change.

“Displacement is somewhere we don’t want to go,” said Hill. “I think of the BID’s role as being a conveyer and being transparent.”

She said her experience at CommonBond, an affordable housing developer, will help balance the many competing interests.

“I got to see the changes that happen when you invest in real estate,” said Hill of the positive changes for affordable housing residents. She held roles in property management and fund development.

“I think if you look now King Drive is thriving,” she said. That includes events by outside organizations, like the City’s Bronzeville Week and Northcott Neighborhood House‘s Juneteenth Day Festival. “I believe we will be able to create some of our own signature events.”

The BID has an operating budget of approximately $440,000 and three staff members, an executive director, a business and outreach coordinator and a project manager.

Hill serves as on the board of the Wisconsin Housing and Economic Development Authority and community development financial institution Forward Community Investments.

“With tremendous experience and active involvement with the BID, Ray brings the expertise and passion that will enable us to continue our mission to become the best King Drive in the nation,” said board chair James Phelps in a statement.

A dizzying amount of projects big and small are underway in the district. Emem’s library development, the BID’s work on Victory Over Violence Park, ThriveOn King, a new home for the Dohmen Company Foundation, a new affordable housing development, a permanent home for Niche Book Bar, a scattered site housing project, a new event venue, the sale of multiple development site and the reopening of America’s Black Holocaust Museum.

UPDATE: An earlier version of this article said the BID had a budget of $300,000 that was based on the pre-expansion 2020 operating plan. The article has been updated with the 2021 figure.