Many have in other states. Will Wisconsin’s GOP get off the Trump crazy train? 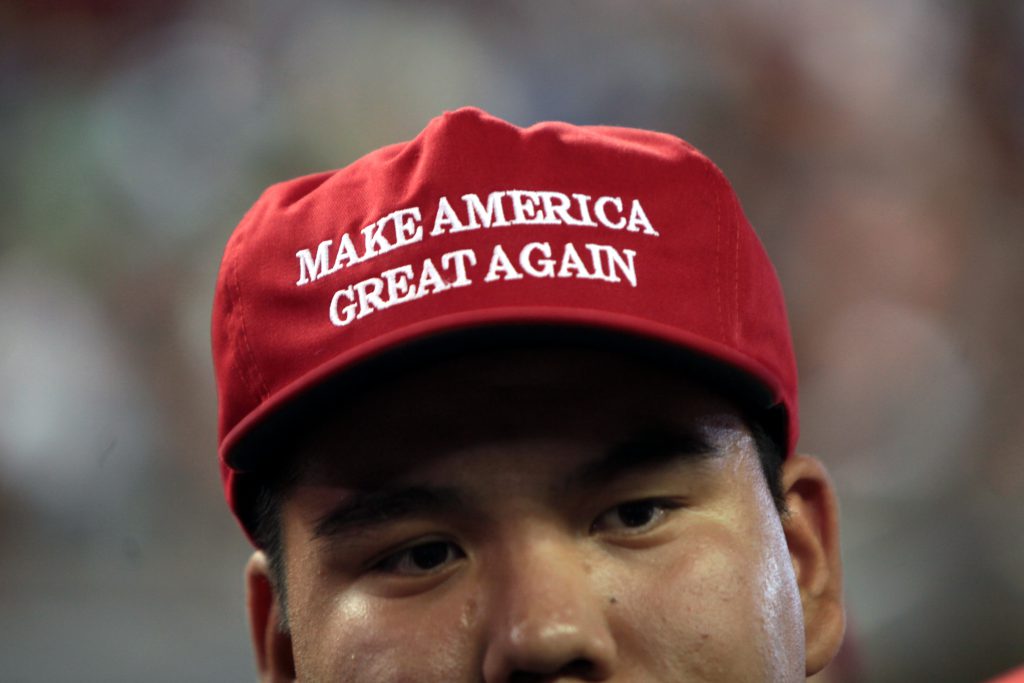 In the wake of a Trump-emboldened mob taking over the U.S. Capitol, we are seeing a fierce battle for the soul of the Republican Party. On the one side are more traditional conservatives buttressed by business leaders who are abandoning Donald Trump. On the other side are hard-core Trump loyalists, including House Republicans who voted overwhelmingly against impeaching the president.

This division could be a big factor in Republican primaries for federal and state offices in 2022, as Scott Reed, the former chief political strategist for the Chamber of Commerce, told the New York Times. “In 2022, we’ll be faced with the Trump pitchfork crowd, and there will need to be an effort to beat them back,” he predicted. How that battle is decided could determine not just the future of the GOP, but of the country. Can American politics ever get back to a less partisan, more rational debate about the issues? The answer is no if Trumpism continues to rule the GOP.

Locally, Right Wisconsin editor James Wigderson has sent out a letter to his publication’s subscribers addressing the issue, entitled “Weeding the Republican Garden,” and suggesting that Republicans who worked to undermine the 2020 presidential election should not be holding positions of power.

“Maybe that will happen after the events of January 6. Or maybe it will take more violence by Trump supporters for Republicans to realize that it is their rhetoric, and not just the president’s rhetoric, that fed that mob’s fury.”

Brave words, but they have the feel of a voice crying out in a Wisconsin wilderness of radical Republican fealty to Trump-styled craziness. Consider that this was the only state in America where the entire Republican congressional delegation voted against the first COVID-19 response legislation, a bipartisan bill passed back in March by the U.S. Congress.

No state was as implacably opposed to this legislation as Wisconsin. Texas? Just six of its 23 House Republicans voted no. Tennessee? Four of its seven Republicans opposed the bill. South Carolina? Close but no cigar: four of its five Republicans said nay.

Across America, not one representative of deep-red states like Mississippi, Alabama, Wyoming, Montana, Arkansas, Louisiana, Utah and North Dakota voted against the bill, showing just how popular this legislation was.

But not in Wisconsin where its two longtime Republican legislative leaders, Assembly Speaker Robin Vos and Senate Majority Leader Scott Fitzgerald, did everything possible to prevent health officials from issuing mask mandates or stay-at-home orders. The result, as Urban Milwaukee’s Data Wonk concluded, was more people getting infected and dying from COVID-19.

Of 100 state legislators nationally who wrote Vice-President Mike Pence asking they he refuse to certify the election of Democrat Joe Biden, 15 of them were from Wisconsin.  Their false claim that the results of the 2020 election were fraudulent was matched by their call for the vice-president to invalidate the election, which is not allowed under the U.S. Constitution.

Wisconsin also had two Congressmen, Tom Tiffany and Fitzgerald, who voted to challenge the election results, even after the Trump mob broke into the Capitol. Also challenging the election results was U.S. Senator Ron Johnson, but he was apparently chastened enough by the insurrection his comments helped inspire that he ultimately voted no.

Fitzgerald, as columnist Jim Rowen noted, essentially violated the congressional oath of office he had just taken, to defend the U.S. Constitution, and then went to say that “‘I don’t think we know yet” whether Trump deserves blame for the insurrection he had been championing for weeks

To measure how radical the state’s Republican delegation is, you might consider Rep. Mike Gallagher, who was praised for voting against the House Republican’s challenge to Biden’s election and who also criticized the Capitol insurrection. But just a few days before this he signed on to statement by six Republican colleagues saying this: “We, like most Americans, are outraged at the significant abuses in our election system resulting from the reckless adoption of mail-in ballots and the lack of safeguards maintained to guarantee that only legitimate votes are cast and counted. The people cannot trust a system that refuses to guarantee that only legal votes are cast…”

Gallagher, in short, deserves to be numbered among the Republicans noted by Wigderson, whose “rhetoric…fed that mob’s fury.”

And Gallagher, along with every other member of the state’s House Republicans, voted against the second impeachment of Trump. This is despite telling the Green Bay Press Gazette that “Trump irresponsibly stoked a throng that included some mob elements and… should’ve foreseen that there would be lawbreaking.”

This sort of soft enabling of Trump is what still passes for Republican moderation in Wisconsin.

New Berlin Republican Rep. Joe Sanfelippo pushed a proposal to overturn the results of Wisconsin’s election and have the Legislature choose the state’s 10 electors who pick the state’s choice for president. That was in mid-November but the idea never died and was being pushed in early January by Rep. Scott Allen (R-Waukesha) in his newsletter to constituents, as Wigderson noted.

“Backing all of this insanity are rightwing websites and talk radio voices, repeating the lie the election was ‘stolen’ and often supporting the most undemocratic means of overturning the election results,” Wigderson charged. Indeed, talk radio host Vicki McKenna did all she could to promote the Capitol insurrection. Then there were the members of the St. Croix County Republican Party, who urged Republicans to “prepare for war,” as Dan Bice reported.

Wigderson has suggested that “Republicans can take the first step towards sanity” by removing Rep. Janel Brandtjen (R-Menomonee Falls) as chairman of the Assembly Committee on Campaigns and Elections and Sanfelippo as the committee’s vice chairman. The fact that both signed the letter to Pence “proves that they do not have the credibility or the seriousness required to be the Republican legislative leaders on election reforms,” Wigderson declared.

I have my doubts Vos will take such an action. If anything Wigderson’s opinions will simply lose him readers among the many Republicans who want to keep riding the Trump crazy train. And for those people there’s a relatively new right-wing publication, Wisconsin Right Now, that has defended Fitzgerald, Tiffany and Johnson, and that believes “the conservative movement and the Trump movement… overlap.” Meaning, I guess, hold on to your MAGA hats and full speed ahead.