By Melanie Conklin, Wisconsin Examiner - Jan 14th, 2021 04:53 pm
Get a daily rundown of the top stories on Urban Milwaukee 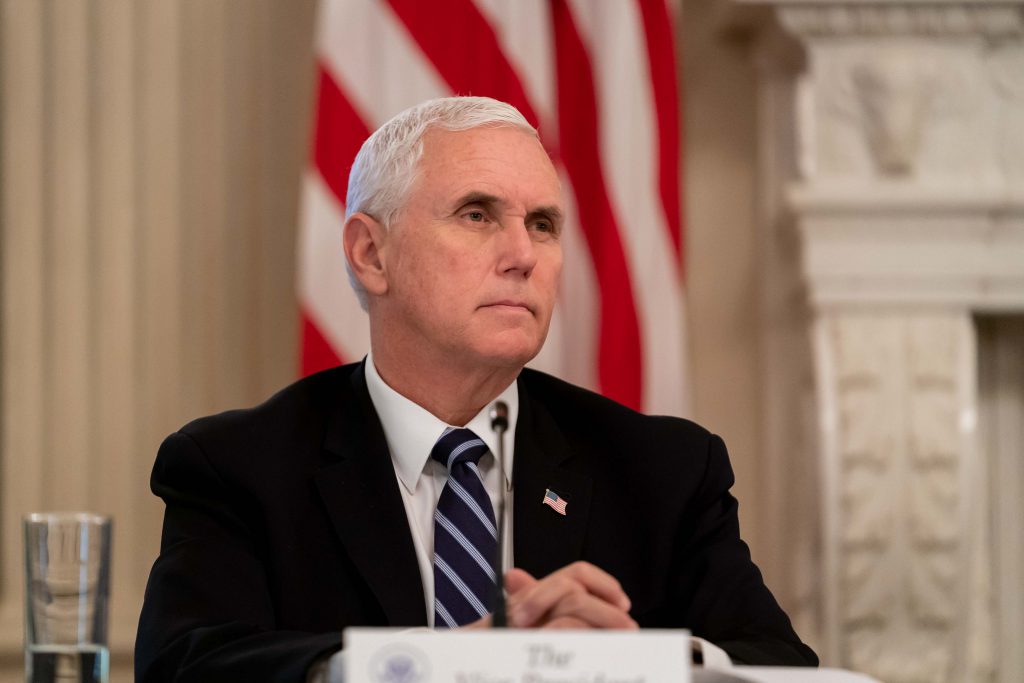 In the Jan. 5 letter, the group of more than 100 representatives from Wisconsin, Michigan, Pennsylvania, Arizona and Georgia asked for at least 10 more days, so they could investigate and then vote on the election in their state legislatures.

Fifteen Wisconsin Republicans — including 14 state representatives and one state senator — signed on to the letter.

The two-page letter with more than 60 pages of attachments was sent to Pence to purportedly show “the illegalities present in the 2020 election” and provide “evidence of a coordinated and structured multi-state effort to undermine state law protecting election integrity.”

“The 2020 election witnessed an unprecedented and admitted defiance of state law and procedural irregularities raising questions about the validity of hundreds of thousands of ballots in our respective states,” wrote the group.

“The refusal by state executive branch and local officials to comply with reasonable legislative investigation requests, as well as their obfuscation and intentional deception have prevented proper investigation,” the letter continued. “Therefore, we write to ask you to comply with our reasonable request to afford our nation more time to properly review the 2020 election by postponing the January 6th opening and counting of the electoral votes for at least 10 days, affording our respective bodies to meet, investigate, and as a body vote on certification or decertification of the election.”

Assembly Minority Leader Gordon Hintz describes the letter as not only inaccurate, but a threat to democracy.

“I condemn the continued false narratives being perpetuated by elected officials that contributed to last week’s violent coup attempt,” says Hintz. “The sentiments being expressed by these legislators are dangerous and wholly inappropriate from state leaders. There should be no place for a QAnon Caucus in the Wisconsin State Legislature.”

The role that Wisconsin’s federal delegation played in sowing distrust in the election results is well documented. U.S. Sen. Ron Johnson, Rep. Scott Fitzgerald and Rep. Tom Tiffany made it clear — although Johnson backed down after the assault on the Capitol began — that they would contest the results of the election.

Fitzgerald and Tiffany were among the 121 Republicans who voted against certification even after the violence. But the insistence on fraud has been echoed repeatedly by state Republican officials, and conspiracies about the election being rigged and fraudulent were the dominant theme at a Senate and Assembly election committee hearing held Dec. 11 where speakers appeared by invitation only to peddle wild conspiracy theories and only one speaker — Democratic Dane County Clerk Scott McDonell — gave an alternative viewpoint.

Hintz says two months of efforts by Republicans at the state and federal levels adamantly trying to “overturn the democratic outcome of the election” has taken a toll.

“Those people that attempted to overthrow our government were going to do whatever Donald Trump said — and these guys sending a letter on Jan. 5 with the same dismissed, illegitimate claims … has a corrosive effect on the electorate. They are complicit in echoing that same message. If you say it enough to the right — or to the wrong — person, it becomes true.”

The fact that segments of the public do not trust the election, after leaders have said not to trust it, is now being used by Republican legislators to justify Wisconsin rewriting election laws.

In a huddle with the media after an Assembly committee meeting on Jan. 5, Speaker Robin Vos said he did not want to get into a discussion “of whether or not the election is valid” but added, “We have to improve the process when literally hundreds of thousands of people in Wisconsin doubt that the election was held in a way that didn’t have substantial charges of fraud.”

Vos has repeatedly highlighted his intention to focus on revamping Wisconsin elections. In his opening remarks at the Assembly inauguration, he stated, “Wisconsin also learned over the last year that we must restore confidence in the electoral process. We saw repeated attempts by outside groups to try to change Wisconsin election laws, through the courts, using the pandemic as their excuse. In some cases we saw election officials simply ignore the law, hoping to give an electoral benefit to their preferred candidate. We simply can’t have hundreds of thousands of people in Wisconsin questioning the integrity of our electoral process in Wisconsin. Reforms must be made.”

Will the narrative continue?

Sanfelippo followed up on the letter in an interview published Jan. 6 on the right-wing site the World Tribune, boasting that in Wisconsin momentum was building for further investigation.

“We know laws were broken,” Sanfelippo is quoted saying. “That’s indisputable. What we don’t know is whether the breaking of those laws affected the outcome of the election. The U.S. Constitution gives us authority to determine how elections are run … And now that we know the law wasn’t followed in this election, so as state legislators it is up to us to determine did that have any effect on the outcome, to hold those people who didn’t follow the law accountable and to make sure in the future those laws are followed.”

His office did not respond to a follow-up question asking if he has changed his opinion on pursuing further election changes based on charges of fraud. However, Sanfelippo’s office responded to the Examiner’s open-records request for the letter and documentation quickly and efficiently.

Vos told reporters on Jan. 5 that changing election laws was going to be “one of our top priorities” this session “to make sure that people know we think this problem is serious.

He said he plans to have legislation “ready to go forward sometime way before the end of the month.”

The first bill to circulate was a measure to assign electors according to votes by congressional district, which have been gerrymandered in Wisconsin to favor Republicans.

The Assembly and Senate audit committee chairs Rep. Samantha Kerkman (R-Salem) and Sen. Robert Cowles (R-Green Bay), according to Vos, will be “fulfilling our promise to do an audit on the election results and the process.

Another indication of what to expect on election bills came by way of changes Vos made to the makeup of the Assembly Committee on Campaigns and Elections.

Of the six Republicans appointed by Vos to the committee this session, which will lead the charge on election changes  — four of them were part of the Wisconsin group that signed the letter to Pence objecting to the election being certified.

The four committee signatories on the letter include both the new chair, Brandtjen and the vice chair, Sanfelippo along with members Thiesfeldt and Murphy.

The former chair Rep. Ron Tusler (R-Harrison) was demoted to a regular member, and will now chair the judiciary committee.

The new chair previously sent a letter to her constituents, writing,  “There is no doubt that after the filed affidavits and lawsuit, Donald Trump won this election in Wisconsin and several methods of fraud were used to change the outcome.”

Brandtjen also claimed with no proof that the Milwaukee recount was not transparent, observers were bullied and intimidated and that the Wisconsin Elections Commission is “a rogue agency” that “misinformed clerks,” divided the state “and they need to be reined in.”

When asked by reporters what bills Republicans may move forward dealing with elections, Vos demurred saying that was not yet determined.

Rep. Mark Spreitzer (D-Beloit), who is the ranking Democrat on the elections committee in the Assembly says he’s certain, based on past experience, that the Republicans will move forward on bills that make it harder for people to vote.

“I fully expect that Republicans are going to bring up, and probably pass through the Legislature, some sort of bill that will try to take away some of the options that were available in this election for people to vote safely from their homes, by mail — or to make sure that people who followed the spirit of the law and cast votes, who were eligible to vote, couldn’t get those votes counted if a minor mistake was made on the outside of a ballot envelope. So I certainly think we’re going to see that kind of legislation.”

It won’t go anywhere, he adds, because Gov. Tony Evers won’t sign it and Democrats will not vote for it. “This is sort of a political messaging exercise at least for the next two years while we have divided government. But we know that when Republicans have had the ability to pass laws, they have passed laws that make it harder for people to vote, and I think they want to use this election as an excuse to continue to do that.”

Hintz says he has not talked to Vos about whether the mob violence at the nation’s Capitol will change the course of the Legislature’s path on investigating the election, but he hopes that might happen.

“These guys have fed the narrative and maximized it and let it go. They pushed the button,” says Hintz. “And now they’re in a place where they’ve radicalized something they’ve let it go too far and they’re honestly scared.”