No state in America has been more opposed to federal coronavirus relief package. 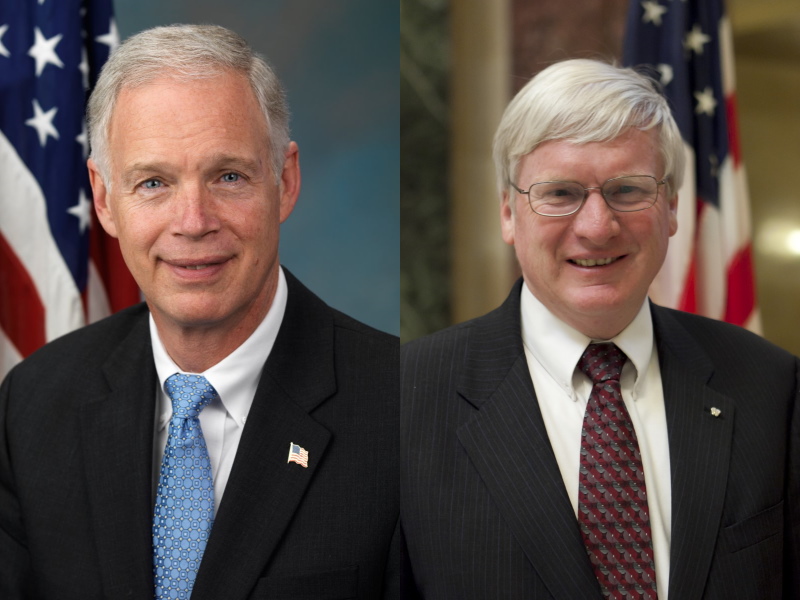 When it comes to the presidential vote, Wisconsin may be the most well-known swing state in America, widely seen as the one most likely to decide the 2020 election. Yet when it comes to public policies favored by its Republican politicians, it is more a red state than a purple one. Indeed, as the House of Representative considered whether to pass a coronavirus relief package for America, no state’s representatives was more opposed than those from Wisconsin.

The multi-billion-dollar legislation passed by a 363 to 40 margin, with all Democrats voting yes and 40 Republicans voting no.  But no state’s Republicans were more opposed, with 100 percent of its GOP members — F. James Sensenbrenner, Glenn Grothman, Mike Gallagher and Bryan Steil — all voting no. (One Republican-leaning district, formerly held by the very conservative Sean Duffy, who retired, is awaiting a special election to fill the position.) The three Democratic representatives, Ron Kind, Gwen Moore and Mark Pocan, all voted yes.

No state was as implacably opposed to this legislation as Wisconsin. Texas? Just six of its 23 House Republicans voted no. Tennessee? Four of its seven Republicans opposed the bill. South Carolina? Close but no cigar: four of its five Republicans said nay.

Across America, not one representative of deep-red states like Mississippi, Alabama, Wyoming, Montana, Arkansas, Louisiana, Utah and North Dakota voted against the bill, showing just how popular this legislation was. Yet in purple Wisconsin, which in 2018 elected a full slate of Democratic state officials, including Governor and Attorney General, the majority of its House representatives voted no. How is this possible?

Steil offered an explanation, saying the bill “places a heavy government mandate on Wisconsin small businesses that are already suffering negative consequences from coronavirus. We need to support job creators, not penalize them.”

Gallagher, too, said the bill “could force small businesses in Northeast Wisconsin to lay off workers or cause them to close their doors altogether.”

Sensenbrenner offered a different reason: “We do not know the full cost of this legislation. I am not a fan of passing bills to find out what is in them.”

Grothman took a similar tack, calling this “the most rushed vote I’ve ever seen in all my time in public office.” But as blogger Jim Rowen has noted, Grothman’s vote comes after many no’s on legislation, including bills to protect Americans from the PFAS “forever chemicals,” to the “Protect and Restore America’s Estuaries Act” to the “Protecting American Lungs and Reversing the Youth Tobacco Epidemic Act of 2020.”

Then there was Wisconsin’s Republican U.S. Senator Ron Johnson, who echoed the concern about costs for small businesses. But it’s worth noting that while the House bill gives workers 14 days of paid sick leave to be available immediately during the coronavirus pandemic, it also “reimburses small businesses (those with 50 or fewer employees) for the cost of the 14 additional days of leave.”

Johnson, meanwhile, offered an objection no politician offered in even the reddest redoubts of America, arguing the legislation is “incentivizing people to not show up for work… You have to think this thing through in terms of what are the unintended consequences of good intentions… People are going to have to work… We got to keep our economy.”

So to maintain our economy people must continue working even it means they could get a disease that kills them? It’s a philosophy that wouldn’t be championed by the most heartless of Dickens’ Victorian villains.

Beyond the policy reasons offered, the more striking thing is the politics at work: how is it that only Wisconsin’s Republican are so adamantly opposed to legislation welcomed by the majority of representatives in 49 other states? In Johnson’s case, he won’t face the voters until 2022 and he’s at times suggested he won’t run for another term.

But House Republicans face an election this fall, as do all the members of the Wisconsin Assembly, whose leader, Assembly Speaker Robin Vos, declared that the Legislature needn’t take action on the pandemic, saying “There’s no need for the Assembly to come in and have politicians grandstand on the issue.”

How is it only the representatives in Wisconsin, of all the 50 states, are so blasé about the ravages of a global contagion? One word: gerrymandering. The districts of these four congressional representatives in Wisconsin are so gerrymandered that they easily survived the 2018 Blue Wave, when Democrats flipped 41 Republican-leaning states. And the Assembly districts are so gerrymandered that Democrats won the majority of the state-wide vote in 2018, yet won just 36 of 99 districts. Wisconsin is one of American’s most gerrymandered states, which is how purple suddenly turns so virulently red.