By Melanie Conklin, Wisconsin Examiner - Nov 10th, 2020 04:48 pm
Get a daily rundown of the top stories on Urban Milwaukee 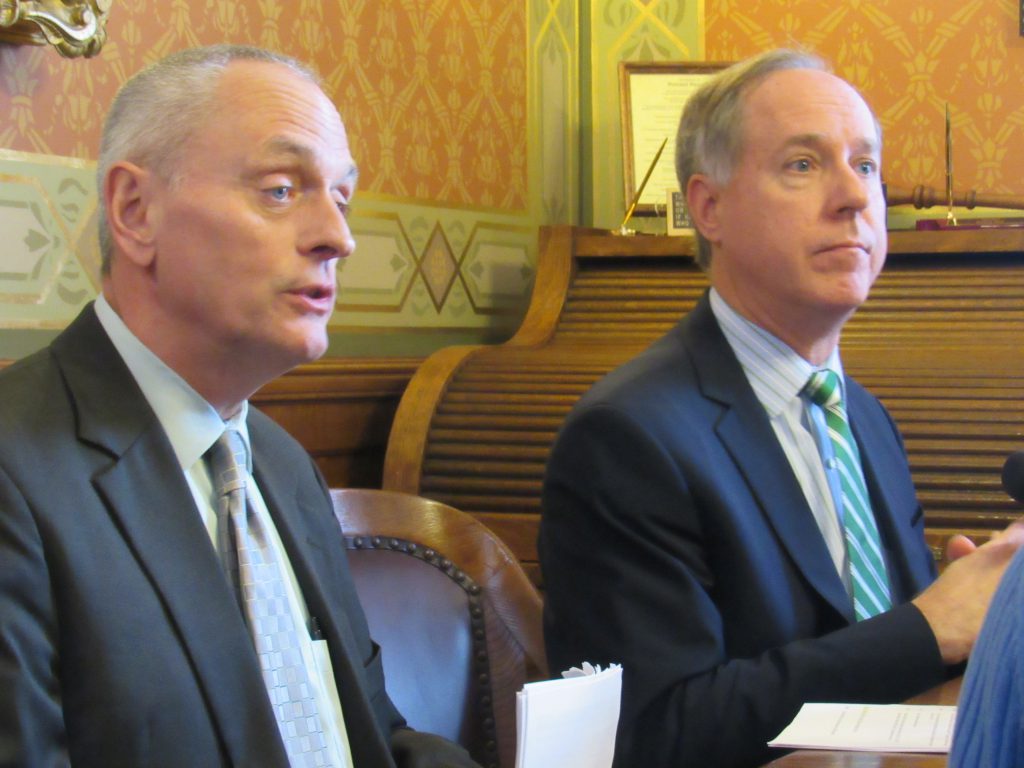 Assembly Speaker Robin Vos has called for an Assembly committee with subpoena powers to oversee an investigation into potential fraud surrounding alleged “concerns surfacing about mail-in ballot dumps and voter fraud” in Wisconsin. And the vice chair of that committee, Rep. Joe Sanfelippo (R-New Berlin) says the committee may need to overturn Wisconsin voters’ choice of Joe Biden and conduct a new election or order electors to vote instead to give the state’s 10 Electoral College votes to Donald Trump. Legal experts say either action would violate state and federal law and is beyond the power of the committee.

“If an investigation shows these actions affected the outcome of the election, we need to either declare this past election null and void and hold a new election or require our Electoral College Delegates to correct the injustice with their votes,” Sanfelippo said in a statement Monday. He claimed — without providing evidence —  that there was insufficient voter purging by the Wisconsin Elections Commission and that clerks in Dane and Milwaukee counties “colluded” to keep unverified names on voter lists and began voting too early. Those allegations were “just the beginning” Sanfelippo said.

(For clarity: The Wisconsin Elections Commission is the agency that oversees elections with a bipartisan board. The Assembly Campaigns and Elections Committee is a committee appointed by Vos and dominated by Republicans, including vice-chair Sanfelippo.)

Biden won Wisconsin with more than 20,000 votes, a number that even his state election’s chair, former Gov. Scott Walker, said on Twitter would be nearly impossible to overcome in a recount.

Sanfelippo’s declared remedies would be not only illegal, but nearly impossible to achieve given the manner in which the state’s electors are chosen, says elections attorney Jeff Mandell of Law Forward.

“Wisconsin law makes clear that we assign our electors to the candidate that gets the most votes in Wisconsin, and that determination under Wisconsin law is made through the state canvass, which is done by the chair of the Elections Commission and signed off on by the governor,” says Mandell. “It’s just that simple.”

There have been no reports of “irregularities” in Wisconsin’s presidential election Elections Commission’s administrator Meagan Wolfe has repeatedly told reporters. After Election Day she said during a press conference, “I think that it’s insulting to our local election officials to say that yesterday’s election was anything but an incredible success that was the result of years of preparation and meticulously carefully following the law.”

Possibly buoyed by unsubstantiated claims of fraud by Republicans, local election officials have been threatened.

“The Wisconsin Elections Commission has received many calls from people who are unhappy,” says the commission spokesman Reid Magney. “A small number of callers have made threats, which is not acceptable. These calls have been turned over to law enforcement for follow-up.”

Following Trump off a cliff

Republicans’ call for Wisconsin taxpayers to pay for an “outside audit” based on  unsubstantiated claims of voter fraud, despite offering no evidence, casts false doubt on the validity of the election and echoes Trump’s lie — counter to the tabulated results and all evidence — that he won Wisconsin and was somehow robbed of his victory.

…ABC/WaPo had me down 17 points in Wisconsin, the day before the election, and I WON! In Iowa, the polls had us 4 points down, and I won by 8.2%! Fox News and Quinnipiac were wrong on everything…

National news networks have cut away from the White House as the president and his spokespeople made unproven allegations about the election being stolen. The reason given by officials at the networks is that Trump and his campaign are working to undermine democracy with no proof of wrongdoing. Voting-rights advocates make the same charge against the Republican legislators in Wisconsin.

Neither Vos nor elections committee chair Rep. Ron Tusler (R-Harrison) responded to multiple inquiries from the Wisconsin Examiner about whether Sanfelippo was speaking in his leadership role for the caucus and, if not, whether they agree with the steps he laid out. Voting rights groups say Sanfelippo’s plan violates federal law, as well as state statutes.

“Running a new election would be illegal,” James Wilson, assistant professor of political science at the University of Chicago and author of the book “Democratic Equality” on democracy and the Electoral College, tells the Examiner. “The Legislature appointing its own electors would run into serious federal legal problems.” With the caveat that his expertise is not in Wisconsin law, he cites the law privileging electors selected by methods established by the Legislature prior to the election — and adds that passing new laws for future elections could run afoul of constitutional powers.

“The U.S. Constitution grants power to state legislatures to appoint electors, according to whatever manner it chooses. But there are also several constitutional provisions that protect voting rights, and those would very likely prevent the Court from allowing state legislatures to effectively cancel the result of a popular election.”

Law Forward attorney Mandell compares the current actions of the Legislature to the 2018 lame duck session in which they moved to take away powers from the newly elected Democratic governor and attorney general. Mandell points to “a larger trend where the Wisconsin Legislature, unfortunately of late, has been less interested in doing its job and legislating and more interested in playing gotcha games of politics and trying to get its way and have whatever it wants from a partisan angle, without actually legislating.

“Now that the outcome isn’t what they wanted, they want to claim that the rules weren’t fair?” Mandell asks with incredulity. “They are the ones who are in complete control of the rules.”

The Legislature has not met or taken any action — or passed bills from last session that had overwhelming bipartisan support — in seven months. It has routinely refused to meet to take any further action on the crises of COVID-19 and police shootings despite public calls to act. 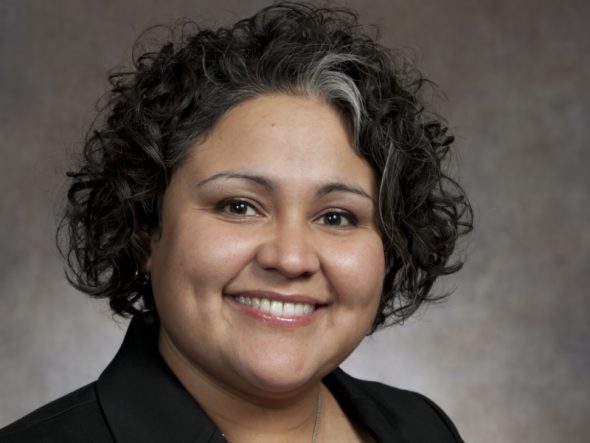 Former state Senate Majority Leader Scott Fitzgerald, who has now been elected to Congress, and Vos also rebuffed calls to make it easier for people to vote safely during the pandemic.  Before the April election, the state’s bipartisan Elections Commission, Gov. Tony Evers and many others pleaded with the Legislature to come into session to make changes during the pandemic to deal with an expected massive increase in absentee ballots. The Legislature refused. Now Republican legislative leaders are discussing taking action to undo the results of the vote.

Rep. JoCasta Zamarripa (D-Milwaukee), the ranking Democrat on the Assembly’s Campaigns and Elections Committee, chastised Vos, saying that if the Legislature is to convene it should not be done to appease a sore loser,” but to address the COVID pandemic.

“I am appalled that Vos is using our committee as a political weapon instead of doing his job. My colleagues and I … want to address the suffering of communities hit hard by the pandemic, and we want to do more to prevent further tragedy. Instead, we are focusing on finding proof for conspiracy theories,” said Zamarripa.

“Instead of pushing back against obvious misinformation, Speaker Vos is adding fuel to the fire. He knows full well the integrity with which our local clerks facilitate our elections in Wisconsin. He knows there is no foul play here. This is a fool’s errand.” 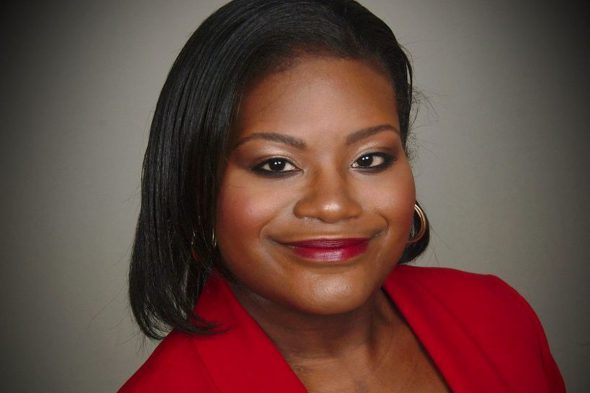 Rep. LaKeshia Myers (D-Milwaukee), the chair of the Legislative Black Caucus, saw the action taken by Vos as not only insulting to the Elections Commission and the county and municipal clerks who worked diligently “ensuring that Wisconsin’s vote tallies were completed with the utmost professionalism and transparency.” She sees it as targeting urban areas of Milwaukee and Madison, where most people of color reside.

“Homogeneity works only in a bottle of milk, not when it comes to operating a government,” said Myers. “The voters spoke clearly and it is our job to listen to the will of the people. Perpetuating falsehoods of impropriety is an assault on our democracy.”

She likens their actions to past subversions of democracy: “And using public dollars to fund a political witch hunt is sorely un-American. I urge the speaker to focus on the next session and support passage of legislation that would allow absentee ballots to be counted prior to Election Day.”

The Wisconsin Democratic Party’s Black Caucus chair, Michelle Bryant, responded to the unsubstantiated allegations of fraud with a review of history, noting  “Republicans have worked to suppress Black votes for years.”

Vos said he wants the Assembly Campaigns and Elections Committee to use its subpoena powers to specifically target supposed wrongdoing by Milwaukee’s election officials.

“When misleading ads, disparate legislative policies, and voter intimidation doesn’t work, they trot out voter fraud,” said Bryant in a statement. “Like clockwork, members of the GOP, both locally and nationally, have no shame in constantly trying to insinuate that African-Americans and urban voters are inherently dishonest when it comes to voting … “African-Americans have had to fight and claw for every piece of voter protection law ever created. … We’ve been subjected to beatings, imprisonment, loss of employment, disproportionate wait times to vote and constant voting place irregularities. There has been a history of cheating in elections, the drawing of legislative districts, and voter suppression.

“Vos is attempting to support a larger strategy and narrative in providing cover for Donald Trump’s failed re-election campaign. So, if Vos wants to investigate voter fraud or irregularities, I have some suggestions. Look in a mirror and then look at your party. Black voters and Wisconsin deserve better leadership than this.”