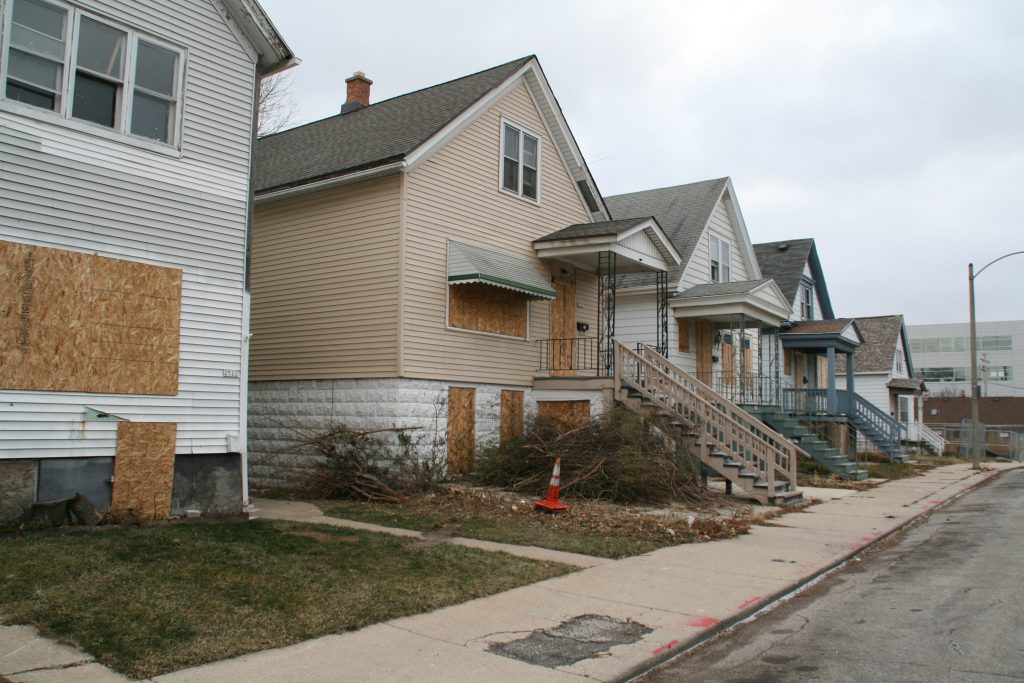 Homes being demolished on the 2500 block of S. 5th Pl. Photo by Jeramey Jannene.

St. Augustine Preparatory Academy is clearing most of a city block, including 18 homes, to build its new elementary school.

It’s just the latest move for the new voucher school that has reshaped Milwaukee’s Lincoln Village neighborhood over the past five years.

A second building is now planned across W. Harrison Ave. from the first.

The new building, to be used for K4 through fifth-grade classes, is planned to contain 32 classrooms, a gym, cafeteria and underground parking. Korb + Associates Architects is leading the design. The firm also designed St. Augustine’s first building.

The school’s website currently reports a student body of 1,350. School officials told the Common Council in November 2019 the new building will allow that total to grow to approximately 2,000.

But much of the site is currently covered by homes built between 1900 and 1910. Rams Contracting, on behalf of the school, pulled raze permits in November to demolish seven homes, most of which are duplexes, and four garages. It demolished 11 homes in the year prior.

Get a daily rundown of the top stories on Urban Milwaukee
An affiliate of the school has an agreement to pay the city $500 each for three vacant lots, 2548, 2552 and 2556 S. 5th Pl., that the city acquired in property tax foreclosure. The tax-exempt school is required to make an annual $20,000 payment in lieu of taxes (PILOT) as part of the land sale agreement.

City records indicate the school paid approximately $1.6 million for the parcels that form the new site.

There are two properties in the contiguous block that city and state records indicate St. Augustine has not acquired.

A mid-block residence, 2540 S. 5th Pl., is owned by Sofia Lopez Cerna and Jesus Gamino and assessed for $70,500. City records indicate they acquired it for $1,000 in 2011. Homes on each side of it are being demolished. A site plan submitted to the city in 2019 shows it as excluded from the development.

A corner-lot duplex at 2566 S. 5th Pl. is owned by David Fowler. Renderings of the new school depict it as still standing. The property, directly across the street from the first building, is assessed for $58,500. City records indicate Fowler, a Greenfield resident, has owned it since 2007.

Included in the 18 demolitions are a number of properties north of Augustine Prep’s proposed development site. Only one home on the block, at 2511 S. 5th St., is owned by the school and not subject to a raze permit. The house is not contiguous to the other properties, but is boarded up and registered as vacant. Eight privately owned parcels, including one acquired by the city in property tax foreclosure, remain at the north end of the block.

Assembling land for the original building also involved demolition, though much of that site was disused industrial land. The school was built on an eight-acre site that once housed a train yard for the Chicago, North Shore and Milwaukee Railroad, and more recently, a trucking facility. It also included an industrial property. In 2019 seven homes along the south side of W. Harrison Ave. were demolished and the underlying land incorporated into the school’s parking lot.

The site is bordered to the east by Interstate 43/94. The new school is scheduled to open in 2022. 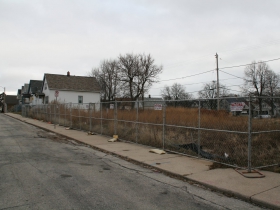 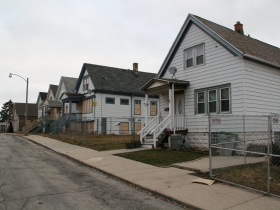 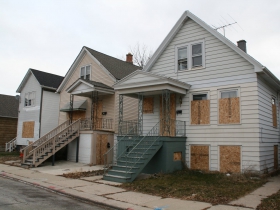 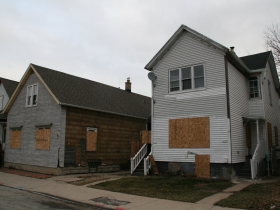 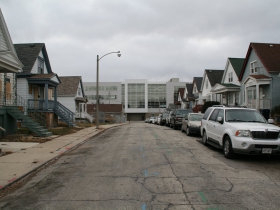 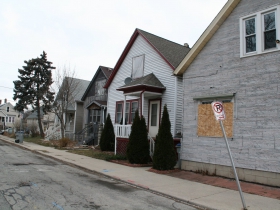 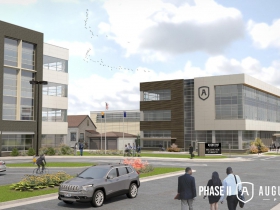 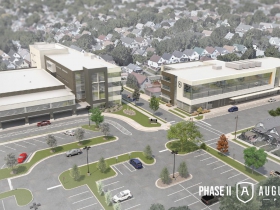 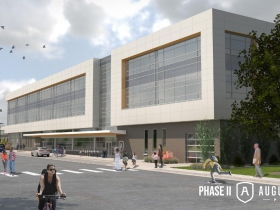 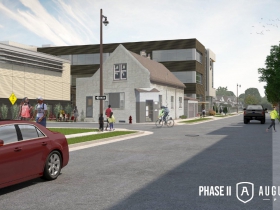 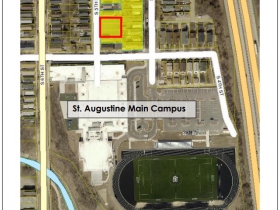 A notably undistinguished midcentury office building at 1744 N. Farwell Ave. is being demolished as of this writing, and will be replaced with a surface parking lot for employees of its owner, Saint John’s Communities, Inc., operator of Saint John’s on the Lake, a retirement community located immediately to the east on N. Prospect Ave.

The trend these days is for buildings to replace surface parking lots, and Saint John’s has done its part over the past decade replacing the employee parking lots that flanked its original 1840 N. Prospect Ave. building with two towers, the most recent of which opened in 2020.

Faced with a demand for parking for its workforce, which was soon to expand with the construction of the North Tower, Saint John’s paid $2 million in November 2019 to acquire this approximately-half-acre, 22,600-square-f00t lot with 50 parking spaces and the three-story, 13,824-square-foot “Farwell & Royall Building.” The price paid for the property was a substantial premium to its assessed valuation of $1,282,200. Saint John’s employees immediately gained access to half the parking slots.

Buildings Being Demolished at The Tannery

Twenty-five years of free advertising came crashing down in December. A smokestack painted with Sprecher Brewing‘s logo was demolished at The Tannery complex.

The brewery left the Walker’s Point complex in 1995 and its building, located along the Menomonee River canal, was demolished shortly thereafter. But the smokestack, attached to the power plant next door and easily visible by motorists on Interstate 94’s High Rise Bridge, remained for decades.

Now the disused power plant and two adjacent Cream City brick buildings are coming down. The buildings are the last at the former Pfister & Vogel tanning complex that haven’t been redeveloped. A new building for the power plant site is planned.

Mayor Tom Barrett nominated Willie Smith, executive director of the Northwest Side Community Development Corporation, to serve on the City Plan Commission. His appointment is subject to Common Council confirmation.

Smith, a Westown resident, has led the NWSCDC since January, replacing longtime executive director Howard Snyder. Smith has been with the organization since 2013, having previously served as its director of housing and director of lending. He held a variety of real estate finance positions before joining the non-profit according to a resume submitted to the council.

Smith is also a graduate of LISC Milwaukee’s highly-regarded Associates in Commercial Real Estate (ACRE) program that trains women and minorities for careers in real estate in partnership with local universities. He earned a bachelor’s degree in business administration from Cardinal Stritch University.

But it’s as important a milestone for the City of Milwaukee as it is for Moore. The house represents the restart of homebuilding on two city-owned, urban subdivisions, Josey Heights and Walnut Circle, located on the city’s Near West Side.

The two subdivisions, located on multi-block lots at N. 12th St. and W. Lloyd St. (Josey Heights) and N. 20th St. and W. Walnut St. (Walnut Circle), were created in the mid-2000s as part of an attempt to create new, market-rate housing. But after private developers secured a few initial buyers, things stalled out. The city ended up owning the remaining lots, 62 in total, but didn’t find many takers, even at $1 per lot.

Inside the Newest Adventure Rock

Adventure Rock business partners Eric Olson and Craig Burzynski said it was only a matter of when, not if, Milwaukee would get a gym for bouldering, a specialized form of rock climbing.

“If we didn’t do it, somebody else would,” said Burzynski, during a tour of Adventure’s Rock new Walker’s Point facility. He said someone had even approached Adventure Rock about partnering on a facility. Burzynski characterized it as the natural evolution in any market.

Former residents of Milwaukee School of Engineering‘s Roy W. Johnson Hall will find little they recognize once the university completes its redevelopment of the 13-story building into Viets Tower.

Led by general contractor VJS Construction Services, the building at 1121 N. Milwaukee St. has been effectively stripped to its frame while a concrete-and-glass addition rises on its southern facade.

The $37 million final product will transform MSOE’s oldest residence hall. New rooms will increase housing capacity from 450 to 546 units, while added amenities include two-story study spaces, air conditioning and more bathrooms. Each window is being replaced with one that will bring in substantially more light. The entire first floor is being completely reimagined.

2 thoughts on “Plats and Parcels: 18 Southside Homes Being Demolished for New School”