Buildings Being Demolished at The Tannery

But a replacement is planned, using same foundation. 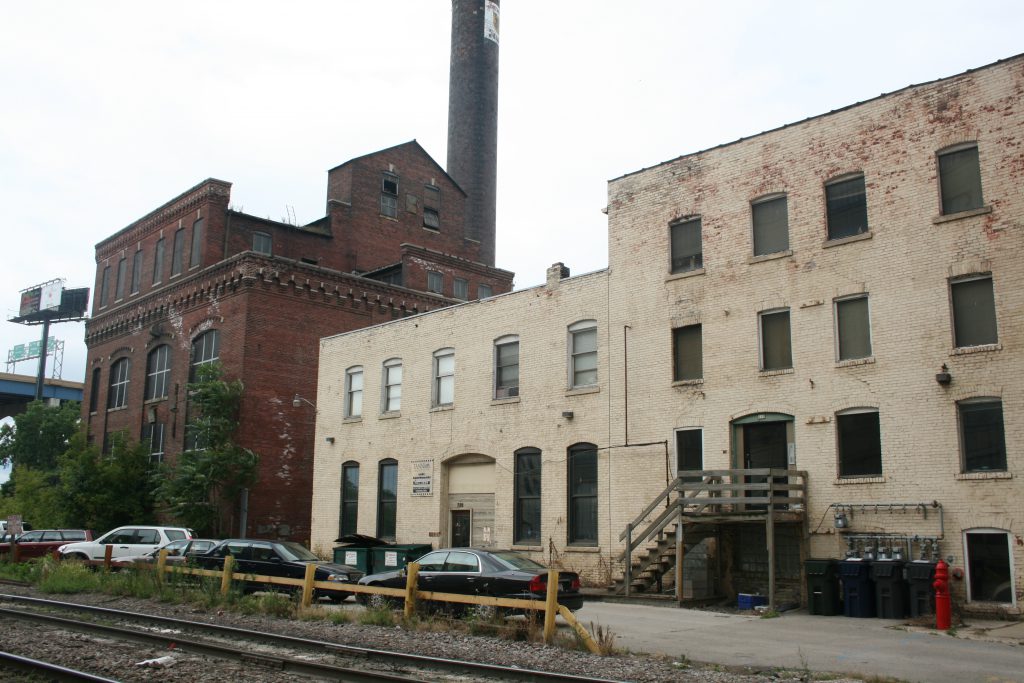 Now demolished buildings at The Tannery/River Place Lofts as seen in 2009. Photo by Jeramey Jannene.

Twenty-five years of free advertising came crashing down in December. A smokestack painted with Sprecher Brewing‘s logo was demolished at The Tannery complex.

The brewery left the Walker’s Point complex in 1995 and its building, located along the Menomonee River canal, was demolished shortly thereafter. But the smokestack, attached to the power plant next door and easily visible by motorists on Interstate 94’s High Rise Bridge, remained for decades.

Now the disused power plant and two adjacent Cream City brick buildings are coming down. The buildings are the last at the former Pfister & Vogel tanning complex that haven’t been redeveloped. A new building for the power plant site is planned.

Located at the northwest corner of S. 6th St. and W. Virginia St., the complex is bisected by a Canadian Pacific rail line. Much of the northern half, now accessed by W. Freshwater Way, was redeveloped in phases into apartments known as River Place Lofts by Peter Moede and his firm Atlas Development.

The southern half, accessible from W. Virginia St., contains a number of buildings repurposed as office space by Moede in the 1990s. David Winograd redeveloped the last underutilized southern building into The Granary Lofts, a 69-unit apartment building in 2019. R2 Companies acquired the six office buildings in 2018 for $25 million.

The buildings being demolished are owned by an aptly-named business known as Tannery Remnants LLC which lists Moede as its registered agent.

The power plant, as recently as 2018, was targeted for inclusion into Moede’s award-winning River Place Lofts project, while the buildings between were to be demolished in favor of a courtyard. The buildings are at the western edge of the development, on a triangular property bordered by railroad tracks and the canal.

The one-story, 9,180-square-foot power plant was to be divided into three floors with 20 apartments. The two Cream City brick buildings being demolished are attached, one with two floors, the other with three. A city permit gives them a combined size of 11,620 square feet.

But Joe Moede, Peter’s son, told Urban Milwaukee via email that the power plant was structurally unstable. “[It] suffered major damage two years ago when the roof collapsed due to heavy snow load,” he said.

Atlas will reuse the foundation in a new building designed by Korb + Associates Architects.

The first three phases of the River Place redevelopment included the Beam House (63 units, 2015), Docks Building (39 units, 2018), and Finishing House (28 units, 2018). Peter Moede, who acquired the complex in 1988 with his father, originally planned to convert the buildings to condominiums, but opted for apartments following a substantial fire that delayed the Beam House redevelopment.

Shoreline Contracting Services pulled permits to demolish the structures in May, with a total cost of just over $200,000. Neither building was protected by a local historic designation.

Our photos capture the buildings over the years, including all that remained in late December – a large metal structure. 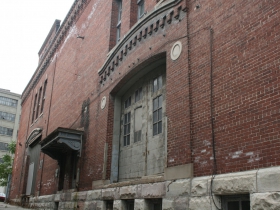 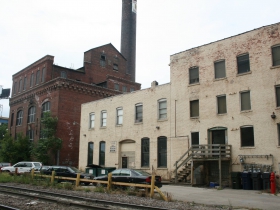 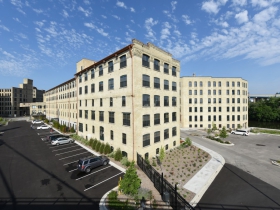 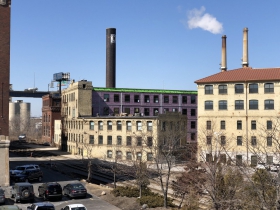 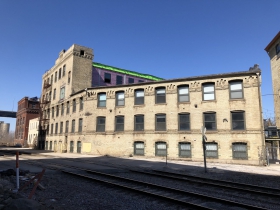 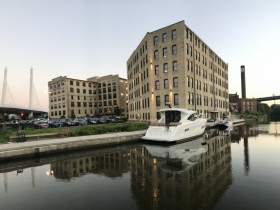