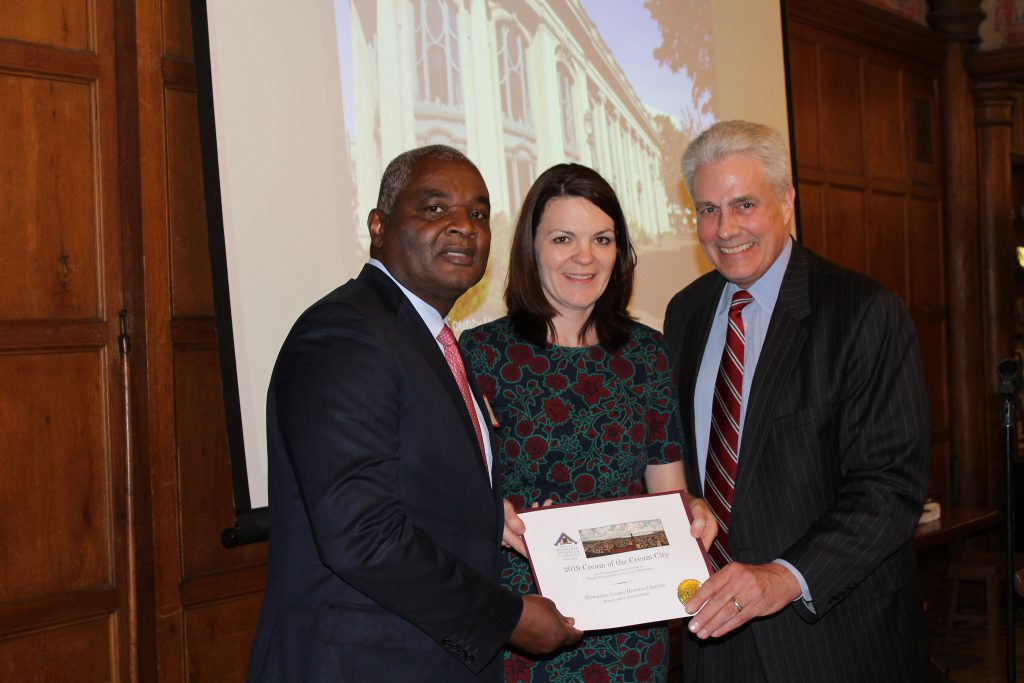 The ceremony, held at Best Place at the Historic Pabst Brewery, was sponsored by the commission, Common Council and Mayor Tom Barrett.

The ceremony also included an award for advocacy and a special series of awards for properties that have significance for the city’s African American community and the Civil Rights Movement including the 16th Street Viaduct that was the site of the 1968 marches and the Jones-Hill House in the Harambee neighborhood.

The physical awards include a certificate and a plaque mounted to a Cream City brick.

The commission, which last held the awards program in 2017, oversees the city’s approximately 200 historically designated properties and districts.