The Fortress Nearly Ready for Residents

126-year-old factory will be home to 132 modern apartments. 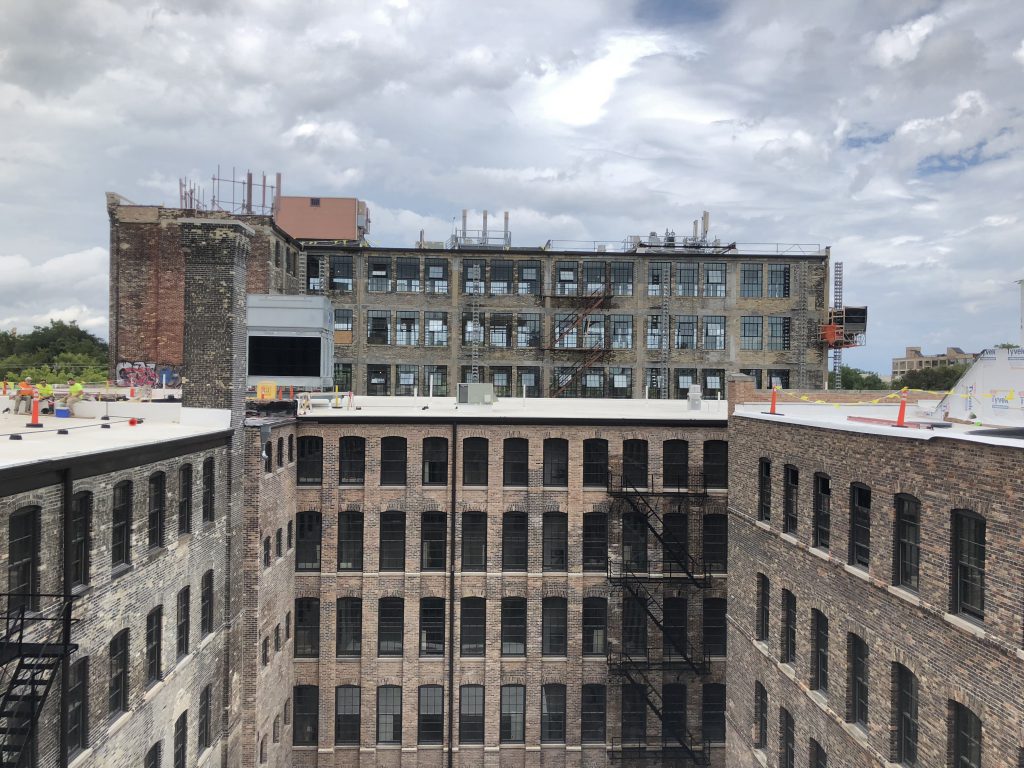 The interior open air space at The Fortress complex. Photo by Jeramey Jannene.

The Alexander Company is nearing completion on the redevelopment of the massive F. Mayer Boot and Shoe Co. Building at 100 E. Pleasant St. into a 132-unit apartment building known as Milwaukee Fortress.

The firm acquired the 193,000-square-foot building in 2016 from developer Rick Wiegand, advancing Wiegand’s plans for the conversion of the former factory into apartments. Alexander, which does its own architecture work, hired J.P. Cullen & Sons Inc. to lead the $51 million project’s general contracting and in 2017 set out to transform the building.

The building, which is really a series of buildings built from 1892 until 1912, is expected to welcome its first residents in January. Alexander led a media tour of the facility Wednesday, showing off substantial progress since a late March tour.

What at the time was an early stage project with missing windows, barebones framing and workers around every corner, now is a much calmer environment with model units and final work underway on the project’s first phase. While the new units have modern finishes and amenities, a substantial amount of exposed brick is found throughout hinting at the building’s past. The complex was used for shoe manufacturing until 1938, with thousands of pairs per day being produced at its peak

A three-level, two-bedroom, two-bathroom penthouse in the building’s tower is taking shape. The three-level space, which is available for $3,700 per month, will be one of the most unique apartments in the city and comes with incredible skyline views.

The biggest change might be that part of the building is occupied. Janesville-based J.P. Cullen has relocated to the second floor of the building from its Brookfield office, bringing 40 employees to an approximately 12,000-square-foot space. Alexander president Joe Alexander joked in March that he knew the project would get done on time because Cullen needed the office space, and sure enough, things are on time and Cullen is in the new office. The space, which was used as offices by the Mayer Boot and Shoe Company, includes a large fireplace, original office woodwork and a large vault.

Approximately 11,500 square feet of commercial space spread over three divisible bays in the first floor of the building is available for lease.

To finance the project Alexander is relying on a mix of private equity, federal and state historic preservation tax credits and a loan from the U.S. Department of Housing and Urban Development.

Because the building is relying on historic preservation tax credits, the firm has had to catalog each of the building’s 1,200 windows and evaluate, in partnership with the National Parks Service, which are candidates for repair and which need to be replaced. A team from J.P. Cullen is restoring 166 of the windows on site in a small shop constructed in the building. Another crew spent months tuckpointing the masonry and rebuilding the cornice. Standing on the roof of the building, the new windows are now almost entirely in place, and present a stunning departure from the worn, dirty windows they replaced.

Rents in the project will start at $1,125 for a studio and max out at $2,725 for a large, two-bedroom apartment. Every unit will feature exposed brick and the original ceilings, which vary from wood to concrete depending on when that portion of the building was built. Unlike many other adaptive reuse projects in the city, there are no windowless bedrooms. The building is built as a rectangle with an interior courtyard which allows for natural light to permeate every corner of the apartments.

Tenants will find a number of amenities in the structure. A former coal storage room with incredibly high ceilings will become the club room. The interior courtyard will become a courtyard with a dog run. A 1,600 square-foot rooftop deck is planned for the building’s east side. Two fitness centers, one with high-end machines and another with a virtual trainer, are planned for the building’s first floor. Fire doors and other historic fixtures are being preserved throughout the complex.

The project website, MilwaukeeFortress.com, has more details on leasing. The company will begin showing apartments to prospective tenants this week.

For more on the building, see our article from March. 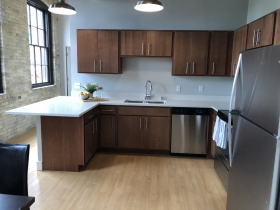 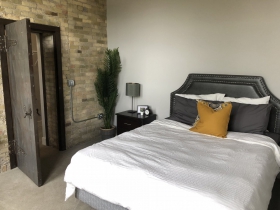 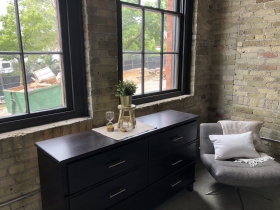 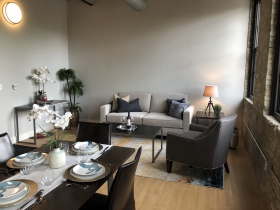 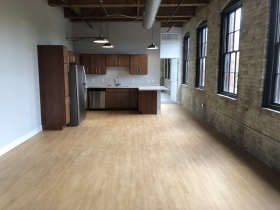 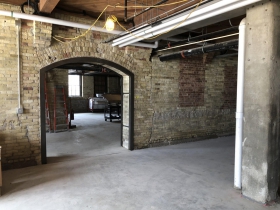