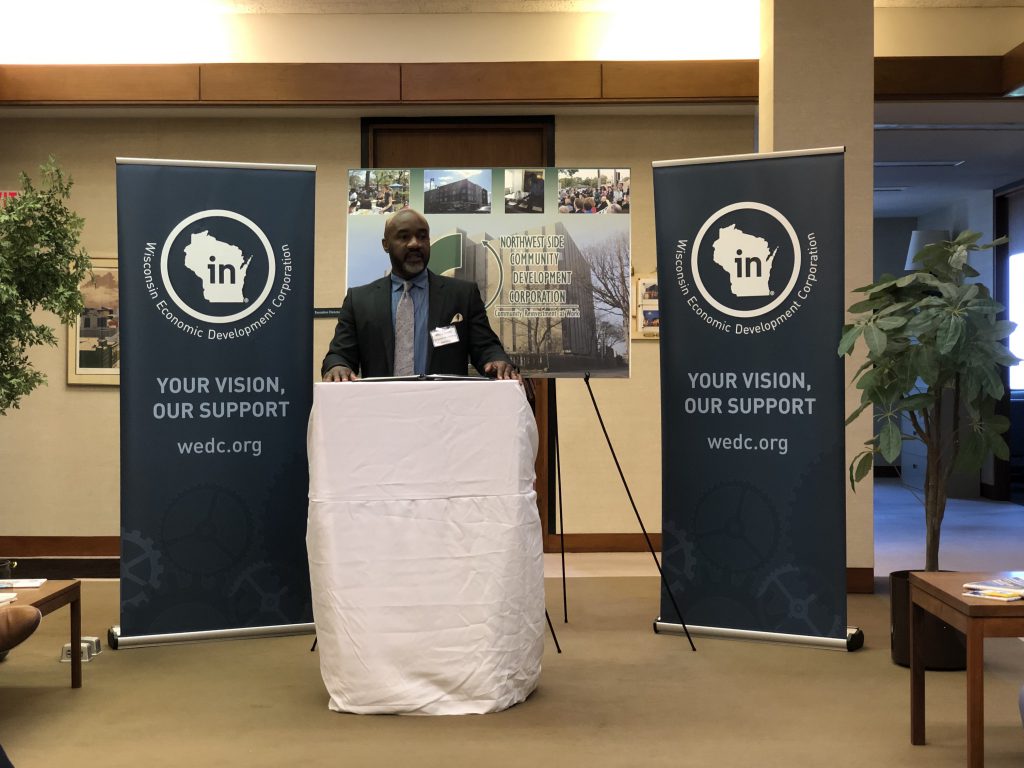 Mayor Tom Barrett nominated Willie Smith, executive director of the Northwest Side Community Development Corporation, to serve on the City Plan Commission. His appointment is subject to Common Council confirmation.

Smith, a Westown resident, has led the NWSCDC since January, replacing longtime executive director Howard Snyder. Smith has been with the organization since 2013, having previously served as its director of housing and director of lending. He held a variety of real estate finance positions before joining the non-profit according to a resume submitted to the council.

Smith is also a graduate of LISC Milwaukee’s highly-regarded Associates in Commercial Real Estate (ACRE) program that trains women and minorities for careers in real estate in partnership with local universities. He earned a bachelor’s degree in business administration from Cardinal Stritch University.

Smith could be joined by another appointee. Barrett nominated former Department of City Development deputy commissioner Martha Brown in November, but the council has yet to take action on her appointment. Brown is slated to replace the late Whitney Gould. Smith would fill a new vacancy created by the expiration of Darryl Johnson‘s appointment. Johnson, according to state voting records, lived in the Village of Brown Deer for his entire two-year term and was, under state law, ineligible to serve on the commission.

Smith and Brown would join Stephanie Bloomingdale, Allyson Nemec, Brianna Sas-Pérez, Ranell Washington and Catrina Crane. The latter three were all appointed after June 2019. Alongside Smith, Barrett nominated Bloomingdale, a labor organizer, for another two-year term.