It’s no longer about electing Trump. It’s laying the groundwork for voter suppression.

For six weeks, President Donald Trump has been hammering the message that his obvious election defeat — by seven million votes and a significant electoral college majority — was a fraud. No court has accepted this claim and no evidence of this has been presented, yet Trump has suggested his fight against the election may prove to be his “single greatest achievement.”

How can such an embarrassing, often comic campaign be a success? Because it lays the groundwork “for GOP politicians and judges to further one of their party’s and the conservative movement’s most important ongoing projects: restricting voting rights. Trump lost this election, but he can still help Republicans win in the future,” as attorney and journalist Jay Willis has written. 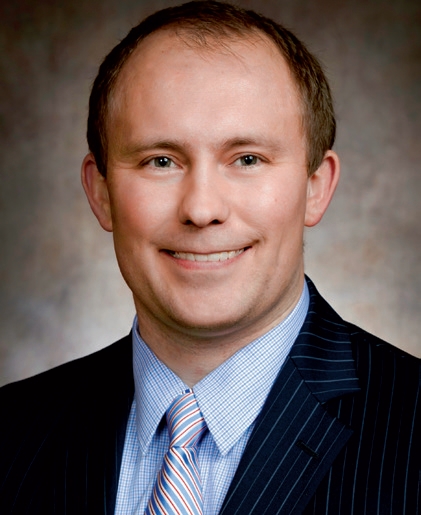 In Wisconsin you could see that process play out under the contradictory leadership of Rep. Ron Tusler (R-Harrison), co-chair of the Legislature’s Committee on Campaigns and Elections. Tusler initially came off as a sober-minded statesman, who said it was extremely unlikely an investigation by his committee would find reasons to overturn Democrat Joe Biden‘s lead of more than 20,000 votes in Wisconsin.

“What matters most is public confidence,” he said “This is all about transparency, it’s all about just trying to help people understand what happened in this election.”

Tusler said he wanted to hear from many folks, from the head of the Wisconsin Elections Commission, Meagan Wolfe, along with poll workers, poll observers and voters about the election.  It had the sound of an expert, fact-finding hearing.

What instead transpired on Friday was a circus of bizarre claims and conspiracy theories. The lead speaker was a radio entertainer, right-wing radio host talk show host Dan O’Donnell, whose job is to rile up listeners with no requirement that he substantiate his claims.

Much of the ensuing eight hours of testimony “came from anonymous stories or disgruntled citizens who didn’t like where employees doing the recount were standing or the fact that they were forced to be socially distanced. Speaker after speaker made it clear that they believe, without evidence, that mail-in ballots were riddled with fraud,” as Melanie Conklin reported for the Wisconsin Examiner.

Truth was not the goal. “When Sen. Jeff Smith (D-Eau Claire) asked for people who were testifying to take an oath that they would tell the truth, he was shot down immediately by Senate co-chair Kathy Bernier (R-Chippewa Falls).”

As for Wolfe and staff of the Wisconsin Elections Commission, as for the workers at 1,850 municipalities in Wisconsin who worked so hard to process the election, they weren’t invited to testify.

The Democratic members of this committee, Reps. JoCasta Zamarripa, Lisa Subeck and Mark Spreitzer and Sens. Mark Miller and Jeff Smith, left shortly after noon and put out a joint statement, condemning “a morning of wild conspiracy theories that went unchallenged and uncorrected… Witnesses attacked our clerks and poll workers while Republicans gave them no serious opportunity to respond.”

Back when Scott Walker was governor this entire spectacle would have been unnecessary. Republican legislators could pass voting laws with restrictions meant to depress the Democratic turnout, and Democrats couldn’t stop it. Back then Republicans tried to limit the discussion about elections and pass any legislation as quietly as possible. But now that  Democratic Gov. Tony Evers can veto legislation, they need to convince the majority of voters in this state that widespread fraud is going on, which therefore requires draconian voting rules.

And that’s not an easy case to make. Polls show the majority of Americans believe Biden was honestly elected. The reality is that absentee, mail-in voting was a massive success, making it easier to vote for both Republican and Democratic voters, and driving the highest election turnout in more than a century.

Get a daily rundown of the top stories on Urban Milwaukee
But Republicans are convinced they cannot win a fair vote for the presidency. And they have grounds to think so, as the GOP has lost the popular vote in seven of the last eight presidential elections. As South Carolina Republican Senator Lindsey Graham recently put it: “If Republicans don’t challenge and change the U.S. election system, there will never be another Republican president elected again.”

In fact, it’s far from clear that elections by mail favor Democrats, but Graham and other Republicans are scared to death of it. In Wisconsin, Republicans are so convinced they can’t win a fair vote that they are willing to suppress their own voters, so long as it’s likely to suppress a greater number of Democratic voters.

And so you’re going to hear over and over the unproven accusation that the 2020 election was riddled with fraud and that steps must be taken, sweeping legislation must to be passed in order to prevent this. That’s what Tusler’s hearing was all about. Republicans are fearful not just of Democrats, but of democracy.