Republicans Suppress Their Own Voters

Because they thought even more Democrats would be discouraged. They were wrong. 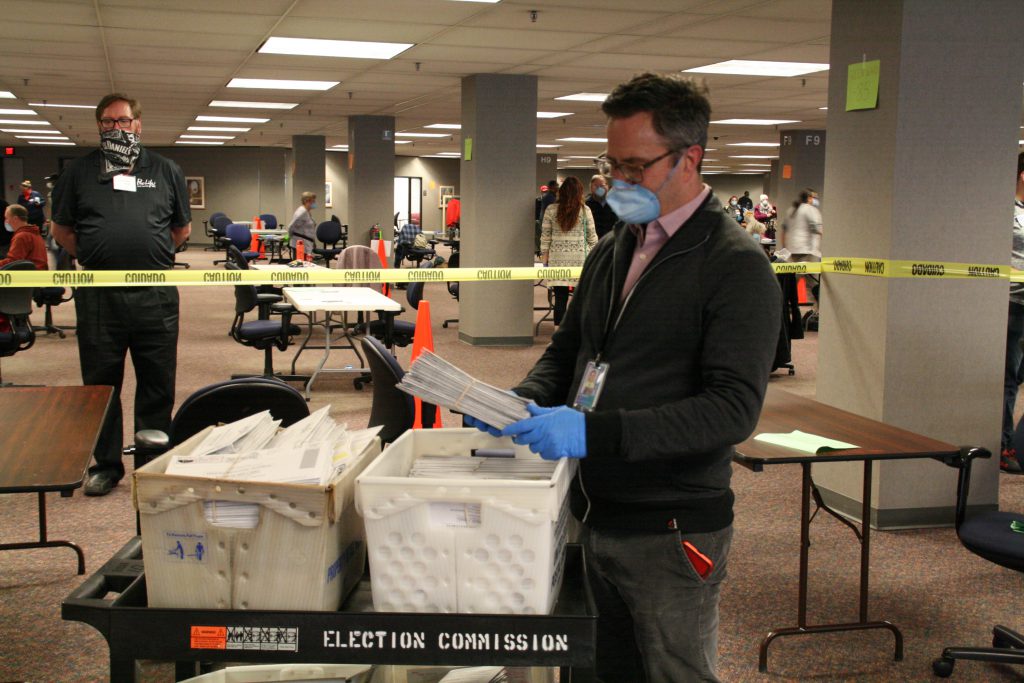 The dirty secret of the Republicans’ effort to suppress Democratic voters is that it has always prevented some Republicans from voting as well. Never was that more true than in this latest election.

While Republicans have always insisted the hurdles they’ve erected to make voting difficult was about preventing voter fraud, that was never true, former Republican state Sen. Dale Schultz once revealed. They were never able to prove such fraud existed, he noted, but that wasn’t the point. GOP legislators saw photo ID and other measures as a way to reduce turnout of minority and college voters in Milwaukee and other urban areas, as Schultz’s chief of staff testified in federal court.

While the majority of minority and college voters do vote for Democrats, many don’t. More than a third of college students and 27 percent of Latinos supported Republican Mitt Romney in 2012, a year after the photo ID law was passed, while about 10 percent of African Americans typically vote Republican. But the GOP strategy was that it’s okay to discourage some Republicans from voting, so long as far more Democratic votes are suppressed.

There’s no doubt photo ID reduces the urban vote. UW-Madison political science professor Kenneth Mayer did a survey of voters in Milwaukee and Dane counties and found that that 11.2 percent of the two counties’ 160,000 registered voters who didn’t cast ballots in the 2016 election were deterred by the Wisconsin’s voter ID law.

But Mayer’s study and others have also found that while photo ID reduces the turnout of minorities, it also discourages some whites and even well-to-do voters from voting. The roster of people denied photo IDs in Wisconsin “bordered on the surreal,” Ari Berman reported in Mother Jones: “a man born in a concentration camp in Germany who’d lost his birth certificate in a fire; a woman who’d lost use of her hands but was not permitted to grant her daughter power of attorney to sign the necessary documents; …a 90-year-old veteran of Iwo Jima who could not vote with his veteran’s ID.”

But Wisconsin’s 2020 spring election, which Republicans insisted on holding during a pandemic, took this strategy to a new level. Because the COVID-19 virus was hitting Milwaukee and Madison hardest, Assembly Speaker Robin Vos and Senate Majority Leader Scott Fitzgerald saw this as a way to reduce Democratic turnout in the two biggest areas of support for liberal state Supreme Court candidate Jill Karofsky.

The strategy succeeded in the City of Milwaukee, where a lack of polls workers meant just five polling places could be opened, meaning many voters had to travel much further and deal with long lines in order to vote. As Charles Stewart, an elections expert at MIT who specializes in turnout, told National Public Radio: ”Basically it was almost impossible to vote in-person in Milwaukee… I have to believe that there was demand in Milwaukee for another 35,000 to 50,000 people who wanted to vote if they had an in-person option and didn’t.”

But the strategy failed in Madison, which had a huge turnout. And meanwhile, the quick turnaround required for absentee ballots and the frightening prospect of voting in person during a pandemic, depressed the turnout in many Republican-leaning counties.

Wisconsin Republicans told the New York Times the pandemic “wound up keeping away more of their own voters, who tend to be older and more concentrated in rural areas where polling places are farther away.” While more affluent Republicans in the WOW counties of Waukesha, Washington and Ozaukee had a huge turnout of mailed-in ballots, it was a different story in many of the state’s more rural areas that supported Donald Trump in 2016.

“The very regulations that [Scott] Walker and fellow Republicans put in place to restrict voting by mail — requirements that voters upload a copy of their photo identification to request a ballot and obtain a witness signature before returning their ballots — may have had the effect of keeping away Republicans used to voting in person who were unfamiliar with new processes,” the Times reported.

As Doug Rogalla, the Republican Party chairman in Monroe County, told the Times,“many elderly either did not have the wherewithal to request absentee ballots or the inclination to vote in person on April 7… They were confused, afraid and decided to stay home.”

A map of the state’s turnout by NPR shows a much lower percent of voters came out in many of the state’s northern and western counties, In the age of a fierce partisan divide, which is driving a huge turnout in Wisconsin and the nation, the turnout in many of these counties was remarkably low. This may be the first election in America where the GOP’s machinations suppressed more Republican than Democratic voters.

How many of these voters were “confused and afraid,” as Rogalia described them, and how will they feel about Republicans who insisted they risk their lives to vote? Vos and Fitzgerald may have done serious damage to their party.

What a contrast from Republican Gov. Tommy Thompson, the happy warrior who won election four straight times, from 1986 to 1998, each time carrying Democratic Milwaukee County. In those days Republicans supported same day registration of voters and welcomed more voters, convinced their policies were supported by the majority.

Today’s Republicans no longer believe this, and so they rely on gerrymandering and voting restrictions to gain election with a minority of the vote. As Trump put it, with a switch to mail-in ballots, there’d be such a turnout “you’d never have a Republican elected in this country again.”

In fact, it’s far from clear that elections by mail favor Democrats. But what Republicans know, and polls show, is that a majority of voters don’t support their policies. And so their only recourse is to support any ways to suppress the vote, even if some of those voters are Republicans.

3 thoughts on “Murphy’s Law: Republicans Suppress Their Own Voters”