We Couldn’t Find Any Voter Fraud 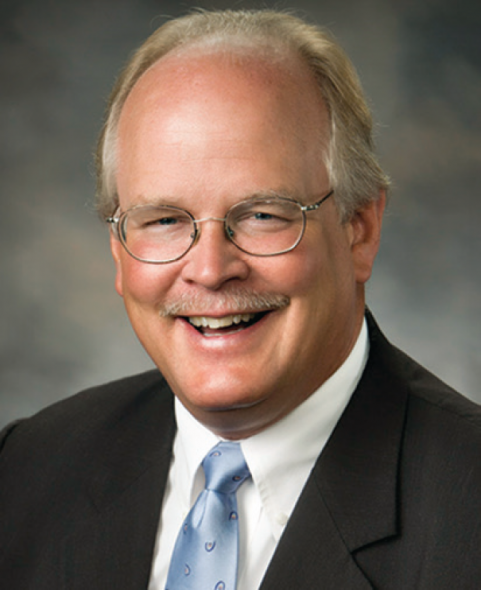 In a revealing interview with Pro Publica, former Republican state senator Dale Schultz, who served in the legislator for more than 30 years, offers a frank look at the false claims of voter fraud used by his GOP colleagues to justify restrictions that have suppressed voting in Wisconsin.

Schultz admits he initially favored this law as well as the redistricting formula that a federal court recently overturned as unconstitutional gerrymandering. “Well, the blunt truth is, as a partisan politician, your knee-jerk reaction is to protect the standing of your party because that solidifies your power to accomplish what you want to do,” he told Pro Publica reporter Topher Sanders.

Beyond that, Schultz says, was the deference you were expected to show to GOP leaders. “You need to understand, I come from the old school of the ‘Institution of the Senate,’” Schultz explains. “When I was coming up through the ranks, and even when I was majority leader, I put great stock and respect into the chairmanship system… So when the chair of the Senate elections committee says there’s a problem with voter fraud in the state, and the committee passes a bill out, you take them at their word.”

But Schultz soon came to realize the GOP claims of voter fraud were patently false. “Did anyone ever show you compelling evidence” of voter fraud? Sanders asks.

“No, in fact, quite the opposite,” Schultz says. “Some of the most conservative people in our caucus actually took the time to involve themselves in election-watching and came back and told other caucus members that, ‘I’m sorry, I didn’t see it.’”

So Schultz ordered his staff to launch an investigation “and come up with three concrete examples of voter fraud in Wisconsin,” he recalls. “Well, guess what? They couldn’t do it, and you need to understand the time, I had graduates from the University of Wisconsin journalism school on staff who’d worked for national publications.”

Ultimately, his staff could only find two examples. “One was a Republican legislative staffer who’d voted in the Madison area as well as back in her hometown in the same election,” Schultz notes. “The other was the estranged wife of a Republican. That’s it, and both examples were on the Republican side.”

So Schultz confronted his fellow members of the GOP caucus. “I asked my colleagues to show me three specific examples [of voter fraud], and all I got was a bunch of hand-wringing and drama-filled speeches about the ‘buses of Democrats being brought up from Chicago.’ I said, ‘Show me where that was ever prosecuted or even charges brought.’ It was crickets. Nobody could give me an answer, and that was both an eye-opening and sad moment for me because I think it finally hit me that time-honored tradition of the ‘Institution of the Senate’ was all but dead.”

Even so, Schultz decided to go along with his caucus. “People were very emotional,” he notes, “but you know when it comes to casting votes… once the decision is made, the team pretty much sticks together.”

But he soon regretted voting for the law, which added various restrictions making it harder for people to vote.

“I went out and did my regular scheduled district office hours,” Schultz recounts. “It took all of my first stop to realize I didn’t do my homework. I had town and village clerks coming up to me saying, ‘Dale, are you nuts? Do you realize how restricting voting hours and early voting and absentee voting is going to affect how people can vote let alone making our jobs all the harder?’ They also made it clear that there was no voter fraud happening that they were aware of. Because of the feedback from my constituents, I voted no on the subsequent bills.”

Todd Allbaugh, who served for years as chief of staff for Schultz, testified in federal court that State Sen. Mary Lazich urged her fellow Republican senators to enact a voter ID requirement in a closed-door meeting in 2011 because of its impact in the Democratic strongholds of Milwaukee and the state’s college campuses, as the Wisconsin State Journal reported. Allbaugh also testified that Republican Congressman Glenn Grothman, then a state senator, said in the same meeting that he supported voter ID because it would help Republicans win elections. Grothman later predicted to the media that photo ID would help the GOP win the next presidential election, which turned out to be an accurate forecast.

As Allbaugh wrote in the Madison weekly Isthmus, describing the closed-door Senate Republican Caucus, “a handful of the GOP Senators were giddy about the ramifications and literally singled out the prospects of suppressing minority and college voters.”

Republicans were later challenged in federal court to prove voter fraud was a problem, but couldn’t. Republican Wisconsin Attorney General J.B. Van Hollen did a huge brief on the subject but as Federal District Judge Lynn Adelman concluded, “The defendants could not point to a single instance of known voter impersonation occurring in Wisconsin at any time in the recent past. If it is occurring… the defendants should have been able to produce evidence that it is.”

Schultz told Pro Publica the voting restrictions undoubtedly had an impact on the presidential election: “Oh, yeah, all of these things have an impact. Even just constantly keeping up a steady drumbeat of claims about election fraud has an impact. It motivates a base. How big an impact probably varies from state to state. In very close elections, even seemingly small impacts can have great consequences.”

74 thoughts on “Back in the News: We Couldn’t Find Any Voter Fraud”