Plan calls for safety improvements on stretch that had 445 crashes in 5 years. 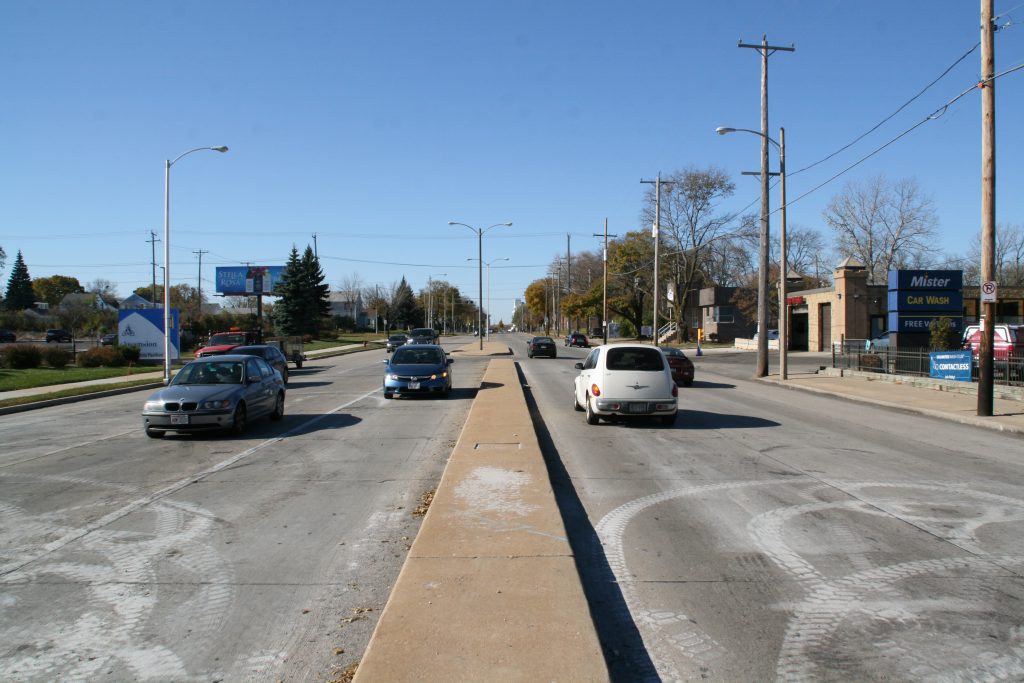 The Department of Public Works secured a $842,814 grant to improve “multimodal safety, connectivity and comfort” along a 1.5-mile stretch of W. Oklahoma Ave. on the city’s South Side that saw 445 crashes in a five-year period.

“The design for the project will include a comprehensive public engagement process to determine exactly which improvements at which locations will best meet the needs of the community,” says the city’s grant application.

Building on the city’s Complete Streets policy, the effort has the goal to “make the street safer and more comfortable for everyone, whether they are walking, biking, taking transit or driving.” That includes slowing vehicle speeds to a level closer to the speed limit.

The grant application says 8,000 residents and 11,000 jobs are located within a quarter mile of the street.

The street varies in width from 56-feet to 84-feet wide and has two lanes of traffic in each direction with a mixture of parking lanes and turning lanes.

The city’s 2019-approved pedestrian plan identified the stretch of W. Oklahoma Ave. from S. 14th St. to S. 27th St. as part of the high-injury network of streets on the city’s South Side.

The city is also seeking to improve the Crisol Corridor along S. 13th St. that intersects with W. Oklahoma Ave. Rapid implementation traffic calming strategies, notably plastic bollards, were implemented on that stretch as well as E. Oklahoma Ave. this summer

The Milwaukee County Transit System‘s MCTS NEXT bus system redesign plan calls for expanded bus service frequency on the corridor and three routes that cross it. Bus bulbs will add concrete extensions to allow buses to stop in traffic, speeding up service.

Under terms of the state grant, the city is required to provide a 20 percent match for funding of the improvements. The Common Council endorsed the application for the grant in March.

It is one of two TAP grants the city secured this fall; the other is for a new bike trail along N. 20th St.

The federally-funded TAP grant program is administered by the Wisconsin Department of Transportation.