The Courage of Mitt Romney

And the sad spectacle of Wisconsin Sen. Ron Jonnson. 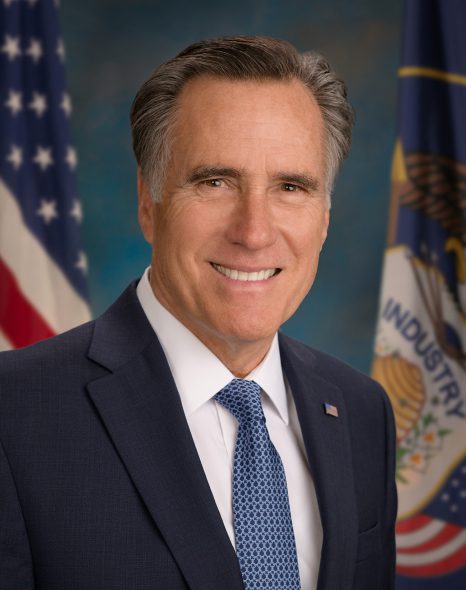 Mitt Romney. Photo is in the Public Domain.

2012 GOP presidential candidate Mitt Romney surprised the Senate and nation by voting to convict Donald Trump on the impeachment charge of abuse of power. The conservative Utah senator gave America a lesson in civic duty and patriotism. Romney became the only senator in history to vote to convict and remove a president of his own party. He exposed the lies and obfuscation of the White House.

Romney said: “The president asked a foreign government (Ukraine) to investigate his political rival (Democratic presidential candidate Joe Biden). The president withheld vital military funds from that government to press it to do so. The president delayed funds for an American ally at war with Russian invaders. The president’s purpose was personal and political. Accordingly, the president is guilty of an appalling abuse of the public trust. What he did was not ‘perfect’ – no, it was a flagrant assault on our electoral rights, our national security interests, and our fundamental values. Corrupting an election to keep oneself in office is perhaps the most abusive and destructive violation of one’s oath of office that I can imagine.”

Distinguished presidential historian Jon Meacham lauded Romney: “What he did was in the tradition of Dwight Eisenhower, his own father (Michigan GOP Governor George Romney), and George H.W. Bush and Gerald Ford.” I was reminded of the seven House Judiciary Committee Republicans, including Wisconsin Representative Harold Froehlich, who voted to impeach Richard Nixon. In words echoed by Romney, Froehlich later said: “You have to put politics aside and vote your conscience for the good of the country.”

All Democratic senators, including endangered Alabama Senator Doug Jones and Wisconsin Senator Tammy Baldwin, voted to convict and remove Trump. Baldwin said: “My vote on the president’s abuse of power and obstruction of Congress is a vote to uphold my oath of office, and to support and defend the Constitution. My vote is a vote to uphold the rule of law and our uniquely American principle that no one, not even the president, is above the law.” Throughout the trial Baldwin sought facts through witnesses. The GOP-led Senate, including Wisconsin Senator Ron Johnson, voted to reject subpoenaing witnesses (Romney and Maine GOP Senator Susan Collins supported having witnesses).

From the beginning, Johnson was disinterested in hearing the facts. Johnson said: “I haven’t had time to watch every minute of House hearings. I certainly haven’t read all the detailed depositions” (Milwaukee Journal Sentinel). Instead, Johnson was an unabashed Trump defender no matter the facts or law. He promoted the discredited theory, pushed by Putin, that Ukraine interfered in our 2016 presidential election. Thomas Bossert, Trump’s first homeland security adviser, said: “It is completely debunked”. Finally, Johnson defended his votes to acquit Trump, saying “political differences” should not be settled “through impeachment”. Seemingly, Johnson hoped voters forgot his “ruminations about impeaching Hillary Clinton before the 2016 election …” (Washington Post columnist Jennifer Rubin).

Romney stands apart from Johnson and other Senate Republicans, giving America a lesson in civic duty and patriotism, no matter the cost to himself.

3 thoughts on “Op Ed: The Courage of Mitt Romney”