A zoning variance has been filed to redevelop a portion of the Milwaukee Journal Sentinel complex into apartments with ground-floor commercial space.

According to the application filed with the Board of Zoning Appeals, developer Joshua Jeffers is seeking to convert the six-story building at 333 W. State St. into 103 apartments. The Art Deco building was originally built in 1924 for the Milwaukee Journal and expanded with numerous additions over the ensuing decades.

Joshua Jeffers announced his firm, J. Jeffers & Co. had purchased the entire complex on Thursday and on Friday filed the application to redevelop the largest building on the property.

The 256,429-square-foot Journal building will become Journal Square Lofts according to the application. The building includes the long vacant room where the presses were once located. According to a summer Milwaukee Journal Sentinel report over 75 percent of the complex is vacant.

The application states that the firm is still finalizing plans for what to do with the remaining buildings, including the Milwaukee Sentinel Building along N. Vel R. Phillips Ave. and the one-story building at 340 W. Kilbourn Ave. occupied by Major Goolsby’s restaurant. The complex fills the three-acre block bounded by W. State St., N. Old World Third St., W. Kilbourn Ave. and N. Vel R. Phillips Ave.

The unit mix would range from studios up to three bedrooms ranging in size from 495 square feet to 1,472 square feet. The most common unit type would be a one-bedroom with 47 units planned. Five two-story, three-bedroom units would be accessible from the complex’s private alley.

The first floor of the building will consist of approximately 8,000 square feet of commercial space, the apartment lobby and amenity area.

“Allowing a mix of residential and retail uses at this location will benefit the neighborhood by supporting round-the-clock activity, a necessary condition for safe and lively neighborhoods,” writes Jeffers in the application.

A total of 169 parking spaces are planned below grade in the building itself. The parking would be shared by the Journal Square Lofts tenants and the future user of the 1962 addition immediately east of the Journal building.

Eppstein Uhen Architects is serving as the project’s architect according to documents submitted to the city.

The floor plans show a light well being inserted in the middle of the building. That would address the problem created by the 56,000-square-foot floor plates that places much of the space far from a window. Jeffers identified that as an issue in the press release announcing the sale. The firm’s redevelopment of the Mackie Building takes advantage of a similar setup.

Jeffers indicated a desire to use historic preservation tax credits in the press release announcing the deal, but based on the zoning appeal he might be considering an additional tax credit program. “Affordable housing” is used as a label for the unit breakdown, potentially indicating the use of low-income housing tax credits. The developer previously used the funding program on the Garfield Apartments.

The Historic Preservation Commission designated the complex as historic in March. Commission staff member Tim Askin said his office has not received an application for a certificate of appropriateness to make any alterations or repairs to the building’s exterior. Such an application will be necessary to redevelop the building.

The newspaper, currently owned by Gannett, is expected to relocate to the 333 Kilbourn office complex in 2020.

The news was first reported by BizTimes. 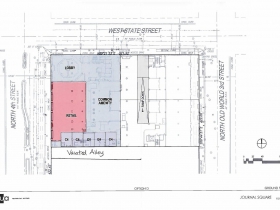 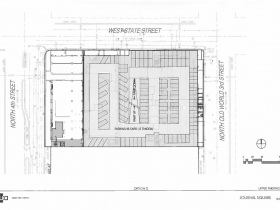 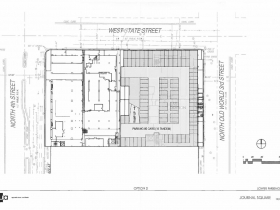 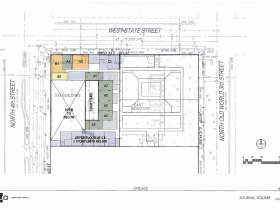 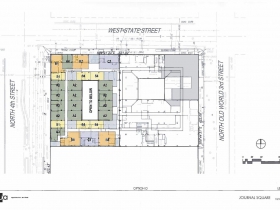 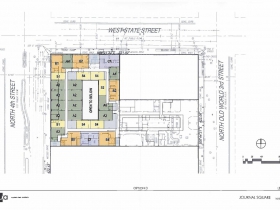