Funds from revolving loan program will support the cleanup of contamination from a century of use. 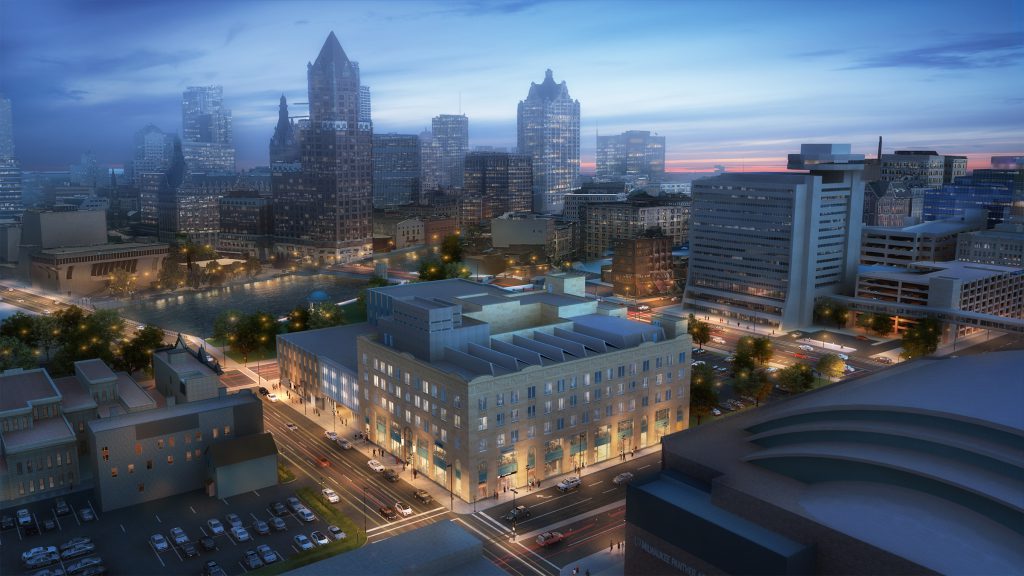 The firm is advancing two separate housing redevelopments within the full block complex. The first would convert a 1962 addition at the southwest corner of W. State St. and N. Old World Third St. into a 77-unit (189 bedroom) affordable housing development for Milwaukee Area Technical College students. A second phase would redevelop the signature Journal Building at the southeast corner of W. State St. and N. Vel R. Phillips Ave. into up to 103 units.

The board of the Redevelopment Authority of the City of Milwaukee (RACM) unanimously approved $1.7 million in loans from its Brownfield Revolving Loan Fund at its Thursday meeting. Originally provided by the federal Environmental Protection Agency (EPA), the funds have already been lent and returned (revolved). RACM senior environmental project engineer Tory Kress said the city has issued 15 loans to date, with 274 acres of land cleaned and $500 million in private investment created. “All our loans are performing and our model continues to be one that the EPA showcases,” said Kress.

The remaining newspaper employees recently relocated to office space at the 333 Kilbourn office complex. The source of the contamination in the building is the former printing press area, vacant since 2004 according to a city report. The ground is contaminated by metals, polycyclic aromatic hydrocarbons (PAHs) and volatile organic compounds (VOCs). The complex, similar to almost all of its time, has lead-based paint and asbestos-containing materials.

Funds for both loans would be disbursed on a reimbursement basis.

In July the Common Council and RACM approved $1 million in developer-financed tax incremental financing for the $54 million project. The funds would support the affordable housing and replacing a frieze depicting the history of communication, removed in 2011, on the Journal Building. Jeffers would receive the funds over a period of 10 years from the incremental property tax revenue generated by its development.

Get a daily rundown of the top stories on Urban Milwaukee
The project also relies on $12.9 million in federal and state historic preservation tax credits. The credits, if allocated as a single block, will require both projects to happen within six months of one another according to a Jeffers representative. The firm anticipates starting on the affordable housing development this year.

The complex was designated as a locally-protected historic property in 2019. The general contractor on the project is CG Schmidt. And design is being led by Eppstein Uhen Architects.

RACM has used the loan fund for a variety of projects in 2020. The Admiral’s Wharf project received approval for a $1.5 million cleanup loan in September. Thursday’s meeting also included approval for a loan for The Community Within the Corridor affordable housing development at N. 32nd St. and W. Center St.