Not All Conservatives Oppose Streetcar 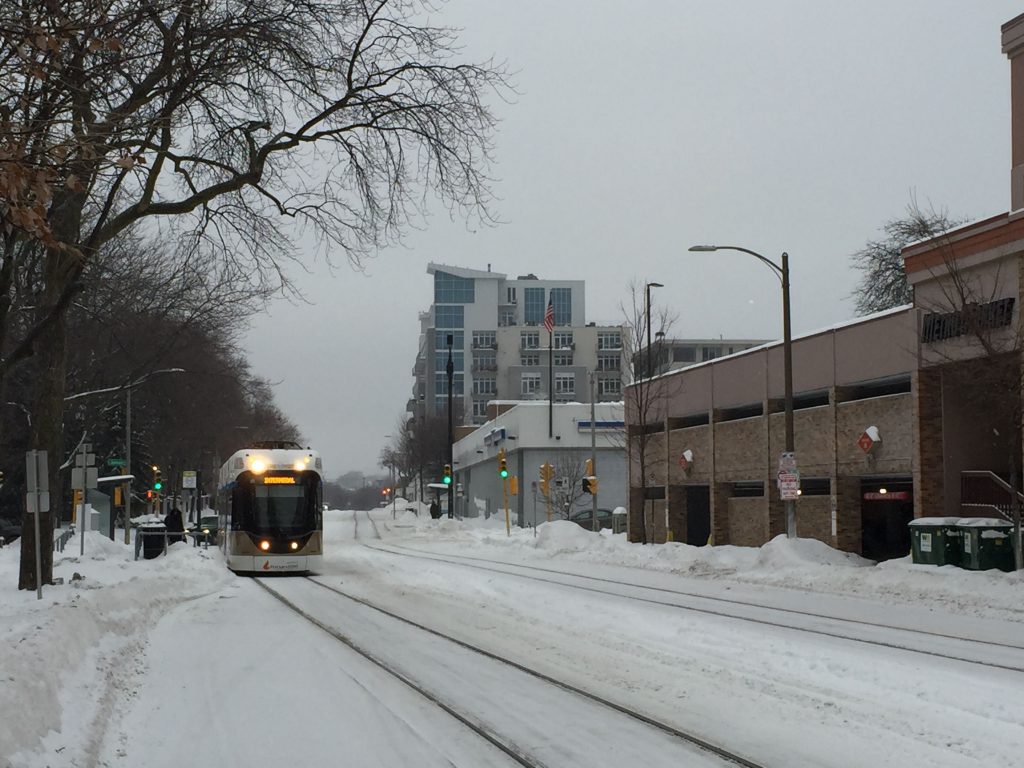 Since it was first proposed, the Milwaukee streetcar has generated opposition from a network of conservative groups, in Wisconsin and nationwide. The year 2012 seems to have been something of a high point for that opposition, what with Gov Scott Walker taking office in 2011 and the legislature under full Republican control.

The new governor had turned back federal funds for a passenger train between Milwaukee and Madison. The KRM (Kenosha-Racine-Milwaukee) project to connect Milwaukee with the Metra train in Kenosha and the proposal for a regional transit authority were both dead. Only the Milwaukee streetcar remained.

In 2012, Milwaukee’s Bradley Foundation funded a report, titled The Streetcar Scam and commissioned by the MacIver Institute, lambasting the streetcar proposal. Its author was Randal O’Toole, a “Senior fellow” at the libertarian Cato Institute. O’Toole has written extensively, generally to oppose any sort of rail transportation and, more broadly, against efforts to control urban sprawl, as reflected in Cato’s list of his papers. The Bradley Foundation summarized the report’s main arguments as follows:

The MacIver Institute, which calls itself the “free market voice for Wisconsin,” posted O’Toole’s report under the headline, MacIver Study Refutes Economic Development Claims of Milwaukee Streetcar Project. MacIver claimed that the “study also refuted claims that the streetcar would increase the use of mass transit, positively impact the environment and would be a long-term boon to taxpayers. All not true …” (The report itself has disappeared from the MacIver website but is still available from Cato.)

MacIver continued to argue against the Milwaukee streetcar, using posts with headlines like Mayor Attempting to Stick Southeastern Wisconsin Ratepayers With The Bill. This was a reference to the successful effort by streetcar opponents to shift the cost of moving utility facilities, like cables and gas lines, that were under streets on the streetcar route. Under normal rules, this cost would have been borne by the utility in exchange for its free use of the street. Opponents of the streetcar were successful in convincing both the legislature and the Public Service Commission to shift the cost to the City of Milwaukee.

Opposition to the Milwaukee streetcar from organizations on the right was virtually universal. The Wisconsin Institute for Law and Liberty (WILL) led the legal charge to mandate that Milwaukee pick up the cost of moving underground utility facilities. The Koch brothers’ organizations were involved, backing (unsuccessful) efforts by the local group Citizens for Responsible Government to get enough signatures to require a local referendum on the streetcar.

The Republican legislature also jumped into the argument, passing legislation to block state money for the streetcar and to prohibit Milwaukee County’s participation. As Urban Milwaukee’s Jeramey Jannene pointed out at the time, much of this legislation seemed aimed at making a statement, rather than prohibiting actions that were never anticipated. 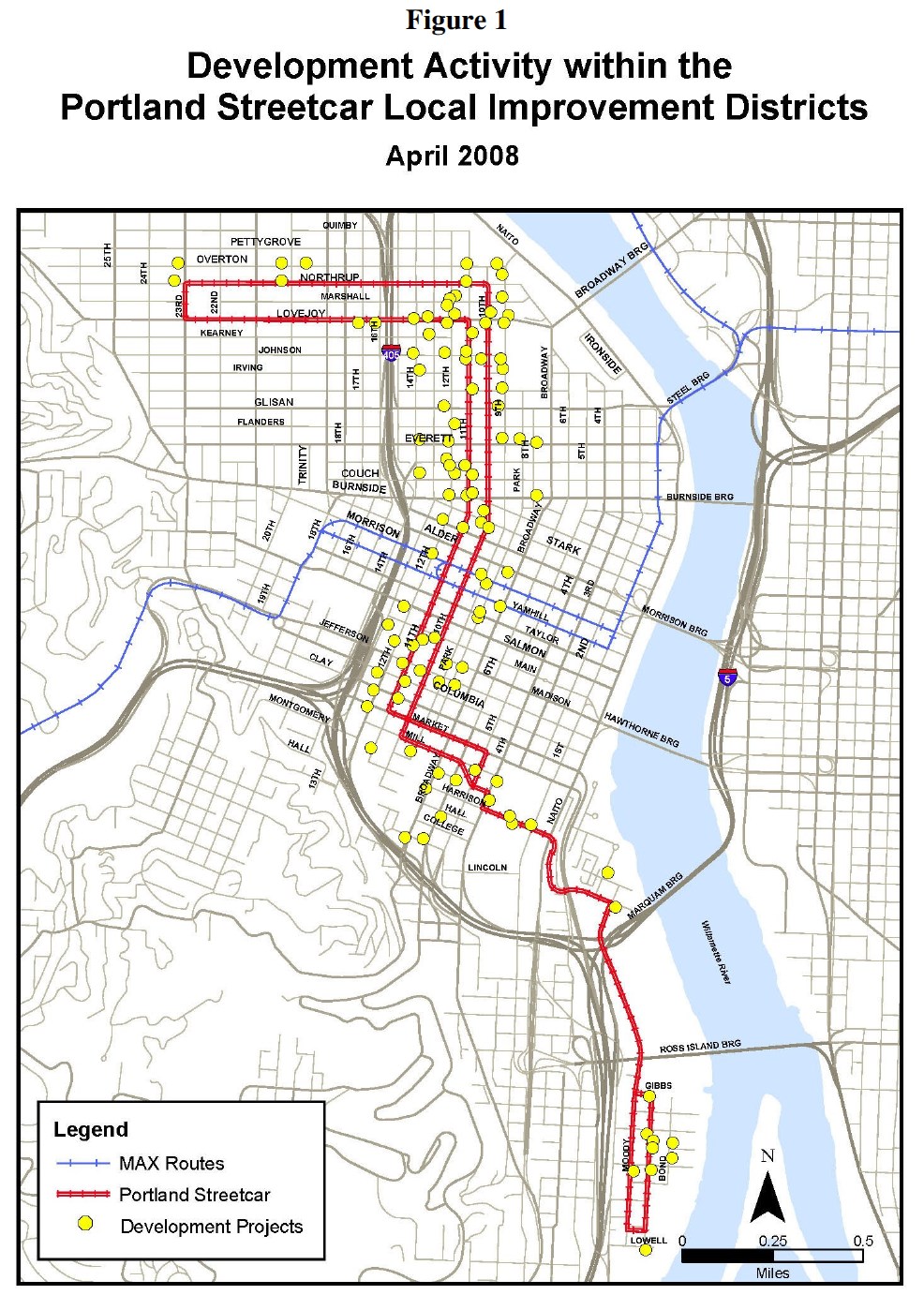 The authors of this report also argue that in comparing streetcar costs to those of buses, O’Toole cooks the books by using cost per vehicle mile rather than cost per ride. Because streetcars carry more passengers, their cost per ride, in Portland at least, is lower.

The authors conclude by posing the question of why O’Toole made so many errors. Their answer: “That’s what happens when you start with a conclusion – – rail transit is bad – – and then somehow have to come up with ‘evidence’ to fit.

Residents of Milwaukee over the past few years could easily conclude that opposition to rail transportation is a core value of conservatism. But in fact, the take-down of O’Toole’s anti-streetcar article was published in the American Conservative, a publication started by Patrick Buchanan.

An executive of the Bradley Foundation once told me that it preferred to jointly fund projects with liberal-oriented foundations which helped give credibility to any recommendations coming from a study. In recent years, the foundation appears to have dropped such efforts at outreach. In hiring O’Toole both Bradley and MacIver knew in advance what conclusion they could expect. At least in Wisconsin, conservatives seem united in opposing rail transit.

Any project can benefit from well-supported criticism. One has to wonder, for instance, why the Atlanta authorities decided to shut down that city’s streetcar during this year’s Super Bowl. In doing so, they both gave up a chance to showcase their streetcar to a nationwide audience as well as an opportunity to make use of the streetcar’s ability to efficiently move lots of people.

That said, the opposition to Milwaukee’s streetcar went well beyond a difference of opinion about measuring costs and benefits. Instead it reflected a deep need to control how other people lead their lives.

3 thoughts on “Data Wonk: Not All Conservatives Oppose Streetcar”