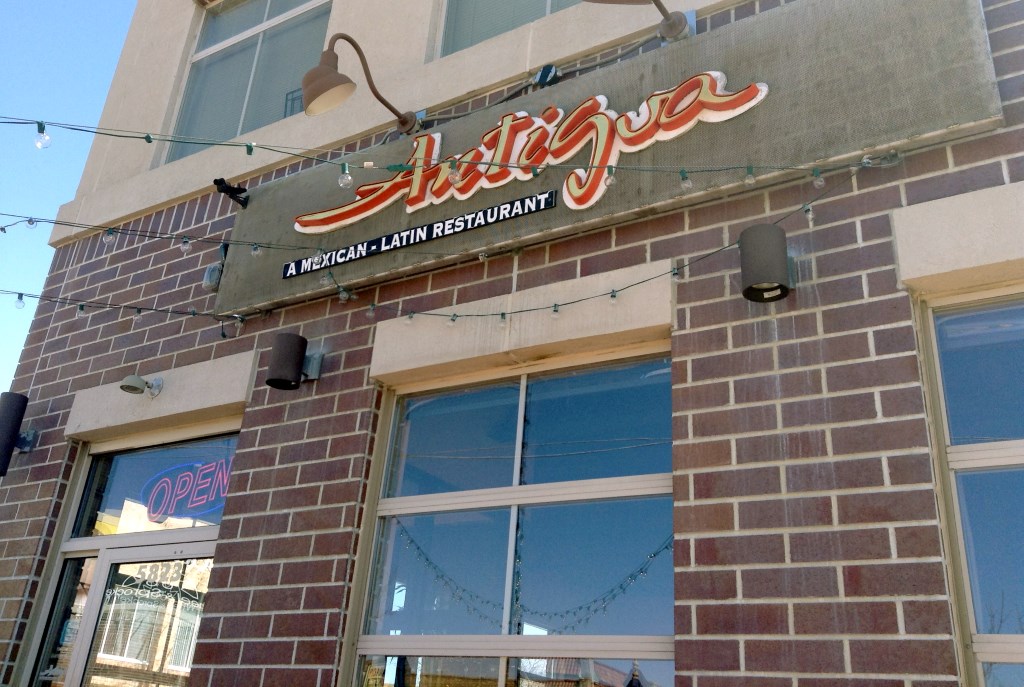 Roughly one month after the announcement of the first four vendors coming to Crossroads Collective, three more have been announced as the unique East Side food hall venue nears its projected opening date. 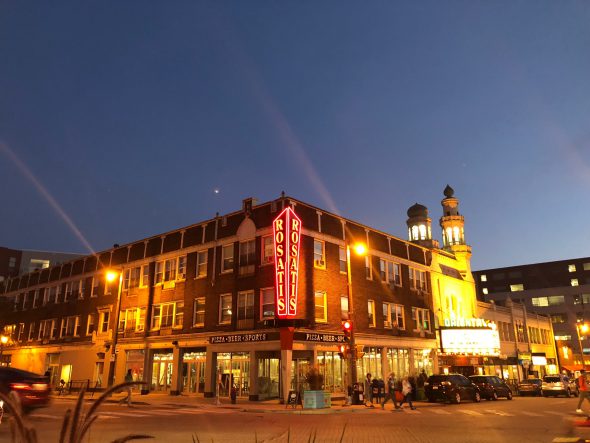 The three latest vendors that were announced include Falafel Guys, Heaven’s Table BBQ, and Beerline Cafe.

Maredithe Meyer of BizTimes has more details on the new vendors:

Although the food hall’s owner Tim Gokhman originally planned to open sometime in mid-November, the venue is now aiming to open later in November or early next month. The eighth and final vendor has yet to be announced.

A new replacement to the former location of the Antigua Latin-Inspired Kitchen is already being planned in West Allis.

La Costena Cafe is aiming to open before the end of this year at 5823 W. Burnham St. Former restaurant Antigua Latin-Inspired Kitchen recently moved from that location to a larger venue at 6207 W. National Ave.

The restaurant will be owned by Hugo Ramirez-Hernandez and his brothers, who have been in the restaurant business most of their lives.

Jane Ford-Stewart of the Milwaukee Journal Sentinel has more information:

La Costena will have a full bar and will focus on Mexican dishes, he said.

It would be nice to open before the end of the year, “But you never know,” said Ramirez-Hernandez, who comes from a restaurant family…

Vince Vitale, an alderman for that area, was positive. “I feel very comfortable with the new people,” he said.

Vitale was also pleased that the vacancy was quickly filled after the relocation of Antigua and hopes it will bring in good business for the area. 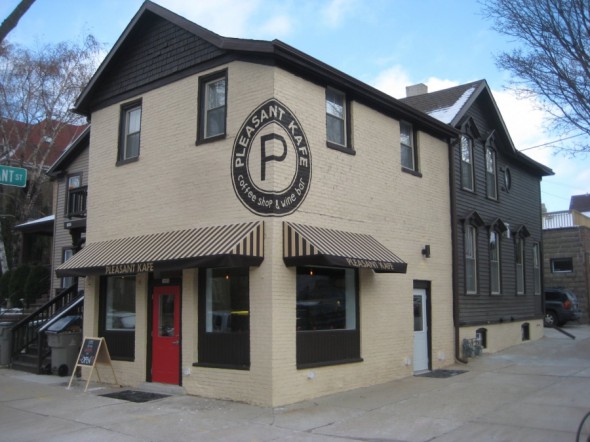 A new corner cafe named Interval finally opened its doors yesterday; it was first covered by Urban Milwaukee back in July.

The two main operators of the cafe, Pilcrow Coffee owner Ryan Hoban and Chef Travis Cook aim to offer a casual, laid-back approach to fine dining, offering not only typical cafe items like espresso and biscuits, but high-end lunch and dinner items at a reasonable price.

…beginning Wednesday, Nov. 21 at 5 p.m., the cafe will make its inaugural transition into a restaurant where guests can experience affordably priced high end dishes in a casual environment.

The dinner menu, still to be fully released, will mainly consist of a variety of appetizers, pasta dishes and a few sharable dishes.

Once dinner service is added, the cafe will also operate from 5:00 to 10:00 p.m. Wednesdays through Saturdays. 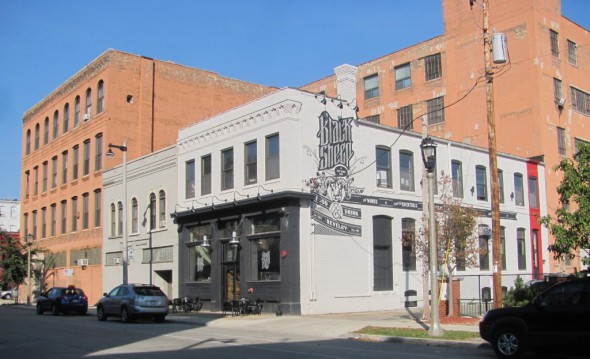 A new tavern serving up cocktails is slated to open in Walker’s Point later this year.

According to a recently filed license application, the new bar, named Pub Fiction, will be located in the recently redeveloped Artisan Apartments building at 133 W. Pittsburgh Ave.

Meyer and the BizTimes report:

Owners Kasey Kidwell and Erin Cave, operating as Revampd Hospitality LLC, plan to open Pub Fiction on Dec. 15, with construction on the space set for completion in early December, according to the application. Kidwell and Cave were not immediately available for comment.

Details are sparse at this time; however, the license application says the new venue will only offer drinks — not food — and may feature entertainment like live music. 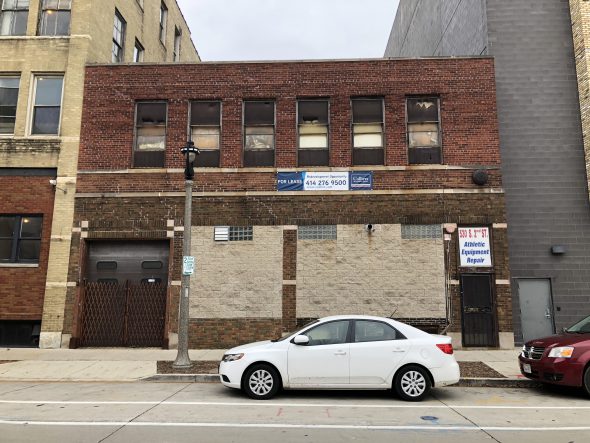 The Minneapolis-based craft brewery Indeed Brewing Company recently seized on an opportunity to open an 8,800-square-foot building as a brewery and taproom in Walker’s Point.

The company has been brewing up anything from IPAs to Pale Ales since 2012 and is now expanding its presence with a planned taproom at 530 S. 2nd St. in Walker’s Point.

Co-founder and director of operations Tom Whisenand is hoping to make Indeed Brewing the largest Minnesota-based brewery to come to Wisconsin.

The company purchased the building from developer Juli Kaufmann on Thursday for $542,500…

The building, constructed in 1943 according to city records, is currently vacant. Kaufmann, through Milwaukee Fix Annex LLC, acquired the property in 2015 for $291,000. She opened the adjacent, award-winning Clock Shadow Building in 2012…

Some of Indeed’s leading beers such as Day Tripper pale ale, Flavorwave IPA, and Mexican Honey imperial lager have already been making waves in the Milwaukee area.

The new taproom is projected to open by mid-summer of 2019. 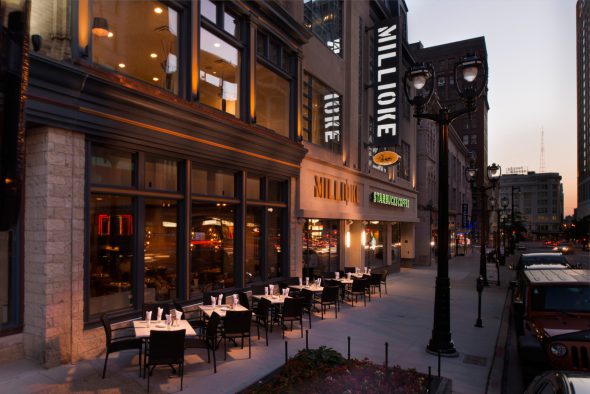 Millioke. Photo from the City of Milwaukee.

The grand opening of the new “mulit-cuisine” restaurant is today, November 13, just after Millioke was put to rest yesterday.

While Millioke emphasized Midwest favorites such as meat, cheese and beer in its cuisine, it’s unclear if East Town Kitchen & Bar will follow suit. Only a few details have emerged about the new restaurant, and its social media provides a few clues about what we can expect. According to the Facebook page, the eatery’s fare will be “multi-cuisine,” and it will serve breakfast, brunch, lunch and dinner. Countdown-style Instagram posts appear to tease a few menu items, including mac and cheese, eggs Benedict, deviled eggs and of course, beer. 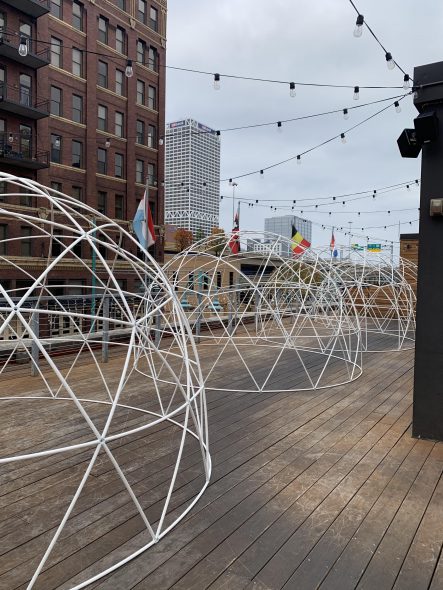 Lux Domes being setup on the roof of Café Benelux. Photo courtesy of Lowlands Group.

The Lowlands group announced last week the arrival of private heated domes coming to the rooftop of Cafe Benelux.

The Lux Domes, as the restaurant has dubbed them, will provide a unique kind of experience for customers of the Third Ward cafe, located at 346 N. Broadway, who want the feel of outdoor dining amidst the harsh Milwaukee winter. A recent media release provides details:

There will be six private, heated domes installed on the rooftop at Café Benelux, each seating up to eight guests at a time. Guests will be able to book a dome for up to eight people for an hour and a half time slot on Friday, Saturday and Sunday evenings online at luxdomes.com, beginning later in November. Each reservation includes a complimentary drink package as well as special keepsake mugs for guests, with the ability to add a variety of additional festive food and beverage packages to help celebrate the season.

Essentially, once a reservation is put in, food and drinks from the packages offered will be served “Stammtisch-style”, where everything is ordered ahead of time and readily available at the table upon arrival. 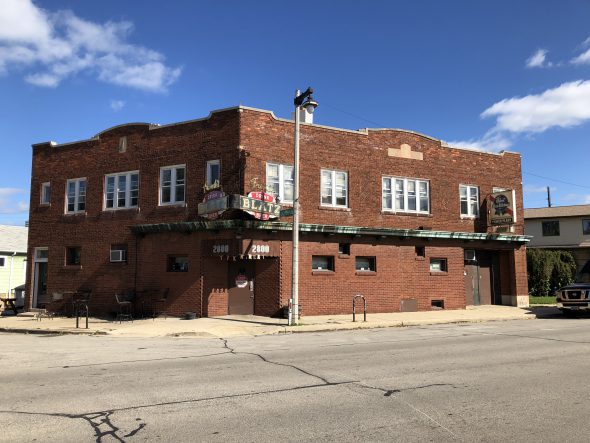 Recent drama with Frank’s Power Plant as reported by Urban Milwaukee last month can only leave the public to wonder: is it actually closed now?

For now, yes. Owner Frank Wickert is taking a hiatus from the Bay View bar at at 2800 S. Kinnickinnic Ave. as a result of a few key staff members withdrawing from the bar last month, while listing the bar for sale.

If the bar doesn’t sell in the near future, he may reopen it with the same name, Wickert says.

Until Wickert reaches an agreement with a buyer, the only light on at Frank’s Power Plant will be the black sign.

“Frank’s Power Plant is in a holding pattern right now,” he says. “Stay tuned for the open sign to come on.”