East Side Gets New Cafe and Bar 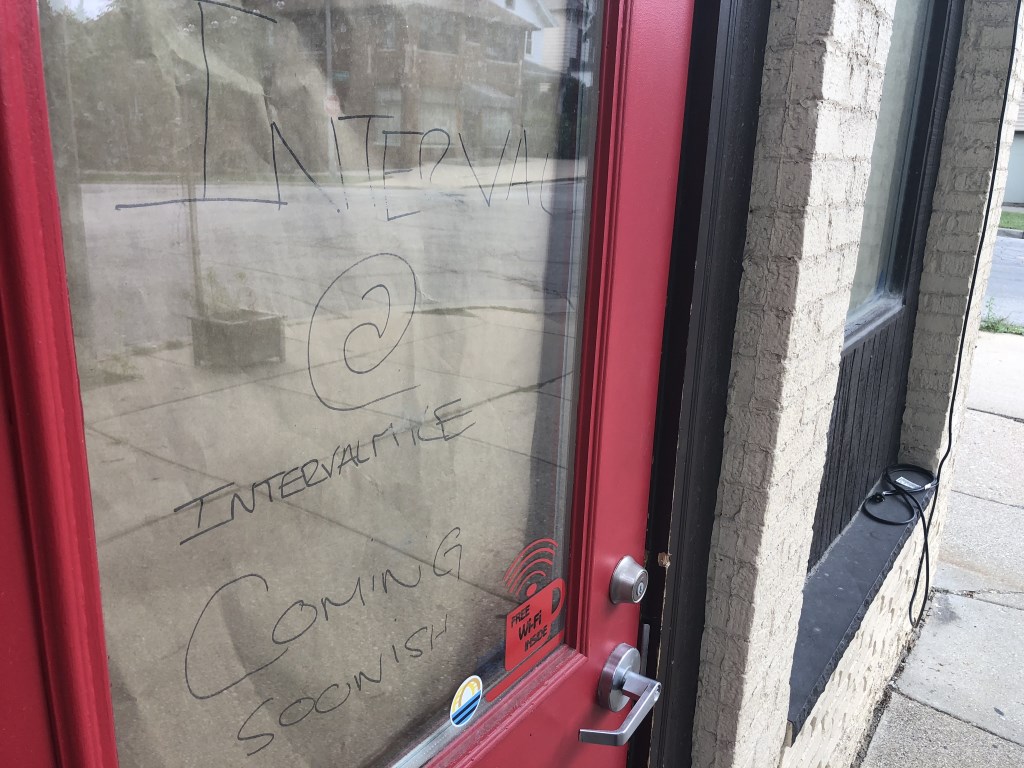 Lower east siders might soon be trading out their Pumpkin Spice Lattes for craft coffee this year. Signs posted in the windows of the former Pleasant Kafe (1600 N. Jackson St.) promise a new venture “soonish” rather than later-ish.

Once open, the Interval, as it will be called, will serve coffee and food by day and cocktails by night. Hours of operation will be 6 a.m. to 12 a.m. daily, according to a tavern license filed with the city. The business expects to make 60 percent of its sales from coffee, with the remaining sales coming from food (30 percent) and retail (10 percent) sales.

The sole proprietor is Steven Westerhausen, who will be operating Interval under Craft Culture LLC. Westerhausen previously served as the assistant manager of Hot Water/The Wherehouse (818 S. Water St.) for two years. The application states that Westerhausen will be “taking over [the] currently operating business,” rather than starting a new one.

While Westerhausen could not be reached for comment, more information about the coffee shop and bar can be found on social media. The application lists the opening coming on August 1, but the cafe’s instagram (@intervalmke) account says that Interval, which has arisen “from the minds” of Pilcrow Coffee Roasters, will be opening in “Fall 2018.” According to other posts, the coffee shop is currently still under construction.

A post from a week ago (July 19) possibly previews a new blend from Pilcrow being served. The photo shows a coffee bag labeled as an “Ardi Sidama Natural” blend. Pilcrow coffee does not currently showcase the same blend on its website.

Pilcrow opened its coffee roasting operation at 1739 N. Dr. Martin Luther King Dr. in 2017. “A Pilcrow is the paragraph symbol often used in a rough draft as the story is formed but never visible in the final version,” its website explains. “We chose the name Pilcrow for this very reason. Our story is submerged in the grand narrative of coffee… Every cup tells a story and we are committed to telling the story from origin to your morning cup in a more intimate way.”

The story of the Jackson Street building’s previous occupant Pleasant Kafe lasted just four years: it operated as a coffee shop and wine and beer bar until it closed in March. Before that, the space was home to Dentice Bros. Italian Sausage shop for more than 70 years.