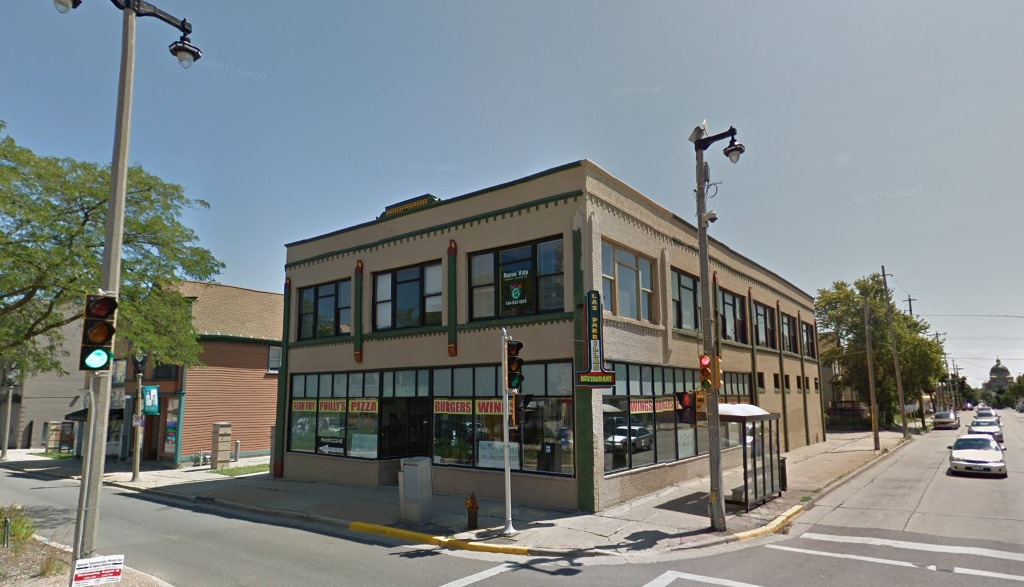 Details are sparse, but owners and husband and wife Toribio Perez Martinez and Delfina Ignacio Josefa plan to open the venue by late October. t.

Toribio Perez Martinez and Delfina Ignacio Josefa want to open the full service eatery in late October at 551 W. Historic Mitchell St., according to a license application filed with the city…

Taqueria El Toro would occupy a space that formerly housed El Camedor, a Mexican restaurant and catering service now with a single brick and mortar location on the corner of National Avenue and 11th Street, and a food truck on South 13th St. and Hayes Avenue.

More details will be released as the restaurant develops.

The craft brewery that started in Madison and moved to Milwaukee has now gained enough traction to open its own taproom location early next year.

The new taproom is made possible in part by a $10,000 cash prize the company received from competing on a local a reality TV show named “Project Pitch It,” a show similar in concept to “Shark Tank” which features local entrepreneurs and startups.

Meyer has more on the story:

The microbrewer will occupy a 3,600-square-foot space in a former warehouse building located on the corner of West Walnut and North 5th Streets. It will function as a taproom and secondary production facility for the brewery…

Owners Nick Kocis and Jeremy Hach launched Dead Bird in late 2015, initially operating out of House of Brews brewery in Madison, which closed earlier this year…

The 1,800-square-foot taproom, with seating for 100 people, will feature 16 tap lines that will serve 13 Dead Bird beers and three others, including a gluten-free beer, a cider and Dead Bird’s line of soda, produced in-house.

Although most of the company’s beer will still be produced at MobCraft Brewery, the new taproom will house a new line of barrel-aged beer as well as a “two-to-three-barrel production system” Kocis says.

The former location of Rosati’s at 2238 N. Farwell Ave. will soon house a new food hall.

Although the location is still under construction, Crossroads owner Tim Gokhman expects the grand opening to be in the first or second week of November.

With stalls for eight vendors, the robust kitchen is well-suited for Crossroads Collective. Twenty-five feet of exhaust line will be divided in 5, creating intensive prep areas for food to be cooked. Three non-intensive prep areas will also be available. Gokhman emphasizes that there will be room for all eight vendors to prepare food at once, and there will not be any competition when it comes to cook time…

Five out of the eight vendors have been finalized. Among them are startup companies, food trucks and restaurants with satellite vendors. Gokhman remained coy and chose not to name anyone, but did say there will be two “sweet” vendors, a soup & sandwich concept, tacos, and a vendor serving empanadas and arepas.

With three more vendors left to fill the food hall, Gokhman stresses he seeks unique vendors, to make sure there is no overlap with the other vendors in the food hall or on surrounding streets. Another Poké vendor, for example, may not be a good prospect for Crossroads Collective.

Popular restaurant chain Bar Louie will soon open a location in Brookfield Square, according to an announcement by the shopping center.

The restaurant, which already has locations at 1114 N. Water St. in Milwaukee and 5750 N. Bayshore Dr. in Glendale, will open a huge space in Brookfield Square mall later this fall.

The shopping center announced Friday that the bar and restaurant would open in a 6,500-square-foot space on the east side of the mall this fall. The space was previously occupied by Blackfinn Ameripub, according to a news release…

Bar Louie will offer indoor and outdoor dining, cocktail seating and flat screen televisions. Its menu features appetizers, sandwiches, burgers, pastas and entrees. It will be open for lunch, dinner and late-night dining, the release says.

A specific opening date will be released in the near future by the mall.

Another pop-up event is coming soon to Walker’s Point, doubling as a fundraiser this time.

“Spoon and Crockett” is the name of the event to be hosted by Boone and Crockett on November 4 and will include contributions from a variety of local chefs.

Places like DanDan, Odd Duck, Fauntleroy, Taco Moto, and many more will collaborate for a night of comfort food and watching the Packers game on Sunday night.

“Spoon & Crockpot” will bring an impressive cast of chefs from respected local restaurants to the Walker’s Point bar for a night of philanthropy and home cooking. For $15, patrons can enjoy all-you-can-eat Crock-Pot cuisine from Boone & Crockett, DanDan, Fauntleroy, Goodkind, Odd Duck, Diplomat, Snack Boys, Taco Moto, and more to be announced. The price also includes an old fashioned. All food proceeds will be donated to Milwaukee Riverkeeper. A dollar from every old fashioned purchased thereafter will also be donated to the organization.

The event starts at Boone & Crockett at 6:00 p.m. and will last until the end of the Packers-Patriots game.

The long-standing Third Ward restaurant Swig has announced it will close later this month after 15 years in operation.

The restaurant, located at 217 N. Broadway, announced via a press release that it will close its doors permanently after October 14, its last day of business.

Hospitality Democracy President John Walch says the company originally planned a new concept for the space once the current lease was up. The rebranding process would have paralleled the transformation of Water Buffalo, which closed in January, into Blue Bat Kitchen & Tequilaria, which opened in April.  “Unfortunately, both parties were unable to come to a lease agreement that would allow Hospitality Democracy the ability to invest in a new concept in this existing space,” says Walch…

“We have truly enjoyed the experience and camaraderie at Swig over the past 15 years, and we are sad to see it go,” says Walch.

Despite this closing, Walch stresses that Hospitality Democracy is working towards other opportunities in the Third Ward and the Milwaukee area as a whole.