New Homes Planned for East Side 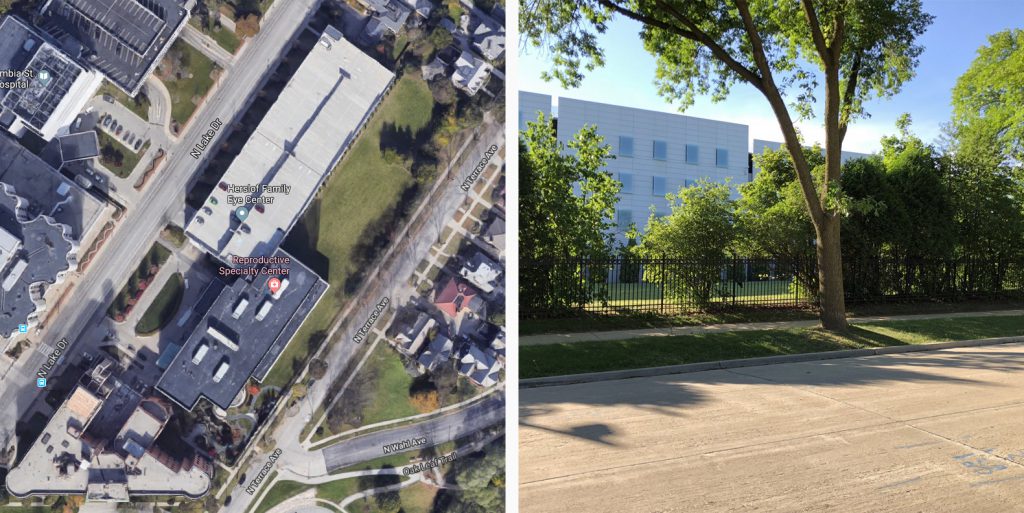 Developers Tim Gokhman and Ann Shuk are attempting to purchase an empty lot along the 2300 block of N. Terrace Ave. and subdivide it for the creation of three single-family homes. A proposed rezoning was before the City Plan Commission, where Gokhman and attorney Bruce Block unsuccessfully attempted to secure approval of the necessary rezoning to facilitate the development.

“This is pretty much ready to go,” Block told the commission. Gokhman and Shuk will purchase the land from hospital operator Ascension and create three lots, one for each of their families and a third that they will sell. “It’s pretty straightforward,” said Block, describing how the 2005 zoning district created for the redevelopment of the hospital envisioned this exact transaction happening in the future.

What’s unclear, and what quickly became a flashpoint for debate, was whether the new homes should be subject to standards imposed by the city-designated North Point Historic District that runs from E. Lafayette Pl. north to E. Kenwood Blvd. The development site is excluded from the district today, although the homes to the north and east of it are included. There is an application pending before the Historic Preservation Commission to expand the district to include the site.

While the city’s zoning code governs the size of the future houses, putting the site in a historic district would change city oversight from ensuring the future homes comply with the building code and pre-defined size and setback rules to granting broad oversight on design of the entirely new homes to the city’s Historic Preservation Commission staff. Area Alderman Nik Kovac told the commission, which was charged with reviewing just the zoning change, that historic districts add to the value of homes within them.

Gokhman’s remarks before the commission indicate he doesn’t think complying with the historic standards will be an issue, but it could still add significantly to the cost of his future home. “We reviewed the guidelines to make sure we were consistent with them, and we are,” said Gokhman, who also said that some materials they intend to use would have to be altered to comply with the district’s standards. Gokhman doesn’t want the delay associated with waiting for the designation though, noting that the permits for his and Shuk’s houses are intended to be pulled in 45 days.

Neighbors aren’t pleased with that timeline, citing a notice they received on July 3rd. “All we are asking is that the vote on this item be delayed,” said area resident Donna Neal. Seven area residents testified against the change, and although none of them said they object to the development of the site, nearly all of them cited a late notice on the zoning change. Kovac, in his testimony at the hearing, said “I will take some of the blame for the notice.” Kovac typically holds a neighborhood meeting regarding zoning changes in his district before any public hearings. A letter from Historic Water Tower Neighborhood Association president Gina Spang also requested the matter be held.

Commissioner Whitney Gould asked why no one nominated the site for inclusion in the historic district in 2005 when the hospital zoning package was approved. No one had a straightforward answer. “I think it has a been a misunderstanding,” said long-time area resident Barbara Elsner. She said her understanding was that any future development on the site would be subject to the district’s design standards.

Kovac told the commission, “I am supportive of this zoning moving forward eventually,” but added, “I would not want this to go through in the month of July.” He acknowledged the scheduled Common Council recess in August could prove tricky, but said: “I don’t want this delay to be any longer than it needs to be.”

Block, one of the city’s top real estate attorneys, attempted to save his clients some time by asking that the measure be advanced by the commission and then held at the Common Council’s Zoning, Neighborhoods & Development Committee, where it would already be subjected to another public hearing. Kovac disagreed with that plan and asked the commission to hold the matter.

Commissioner Stephanie Bloomingdale moved to hold the matter, telling Gokhman: “We have a certain responsibility to hear the neighbors and hear all parts. This would buy some goodwill with your future neighbors anyway.” The move to hold was approved on a four-to-one vote, with Joaquin Altoro voting against the hold.

Tim Gokhman and Ann Shuk are no strangers to the many layers and meetings that can be required for a zoning change. The two work at New Land Enterprises, a firm started by their fathers Boris Gokhman and Vladimir Shuk.

Both of their families lived in the City Green condominiums (1111 N. Marshall St.), a New Land project, before Gokhman moved to a house he built on N. Commerce St. Now with children approaching school age, they’re looking to become neighbors again.

Gokhman says they approached Ascension about selling the site after driving around in an attempt to find a place to build near Milwaukee Public Schools‘ Maryland Avenue Montessori School. The two, who are each married, have similarly-aged children. 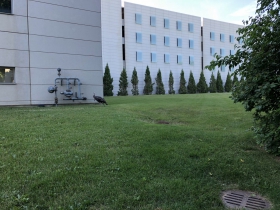 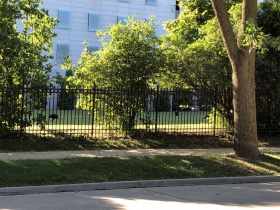 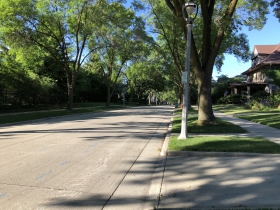 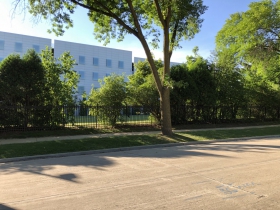 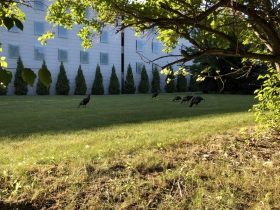 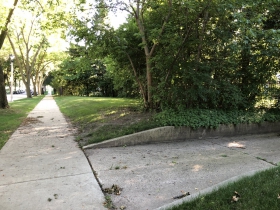 5 thoughts on “Eyes on Milwaukee: New Homes Planned for East Side”