Elliott Circle Is A Unique Oddity 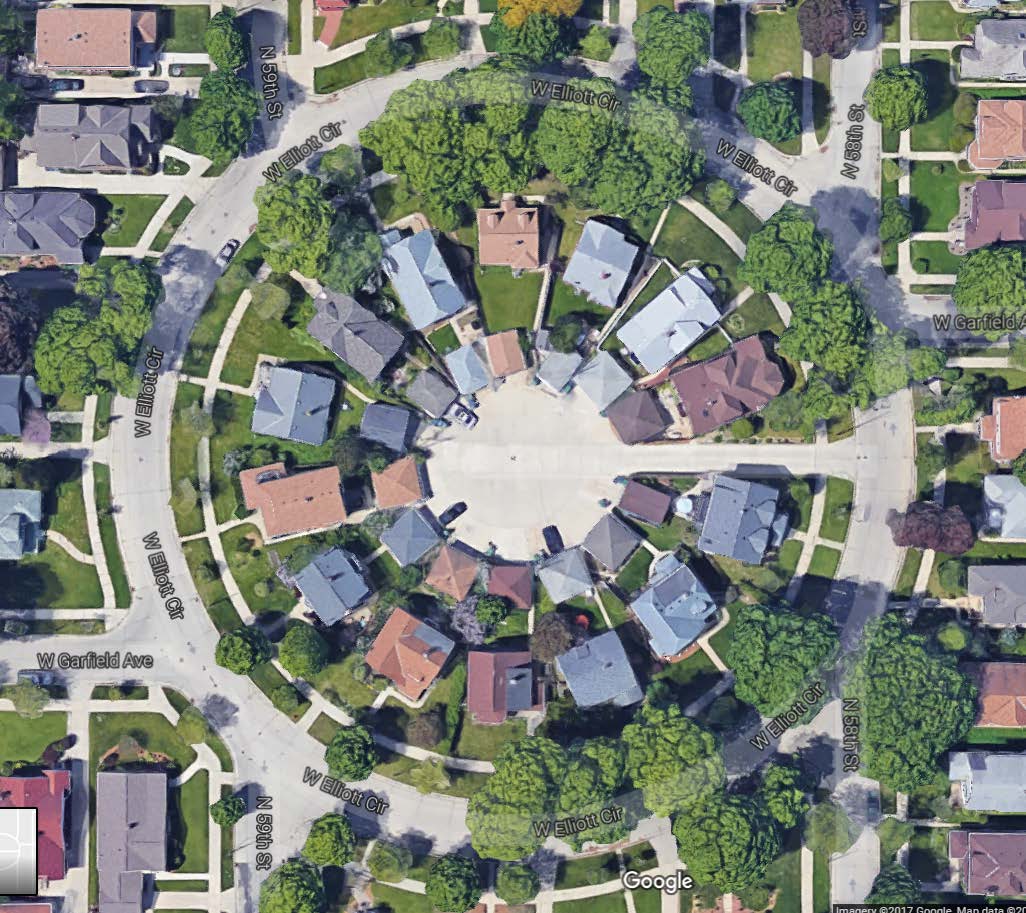 Of the streets in the city that are called circles, some are ovals, some are open loops, some are no more than squiggles, and only one of them is a true circle – Elliott Circle. Elliott Circle is completely residential because saloons, whorehouses, hotels, barns, and buildings with flat-top roofs were prohibited by the developer, 76-year-old Catherine (“Kitty”) Dousman Elliott.

Kitty Elliott named Elliott Circle, between N. 58th and N. 59th Streets and a block south of North Avenue, in 1918. She was the daughter of George Dousman, who owned a 250-acre farm that became the Washington Heights neighborhood that includes Elliott Circle. Kitty was the widow of a lawyer and judge, Eugene Elliott, who was a champion chess and whist player.

George Dousman was one of the first settlers to arrive in Milwaukee in 1835. He was 28 years old and came from Mackinac, Michigan, where he was born. His daughter Kitty Dousman was born in 1842 on Wisconsin Avenue, where the Wells Building now stands. She remembered sitting on Solomon Juneau‘s lap when she was a child when her father and the city’s founder, both French speakers, were visiting each other. She also remembered when Indians came into their house uninvited, scaring the devil out of her mother and siblings.

Her father was deeply involved in the development of the city and served in positions in Juneautown, and later in Milwaukee city and county government. He was a rich merchant who owned a large warehouse on the Milwaukee River in the Third Ward, but lost much of his wealth in wheat speculation that left his farm as his only asset. He died there in 1879.

When she was 23 years old, Kitty married Eugene Elliott. He was born in Illinois in 1842 and came to Milwaukee with his family when he was 10 years old. He attended Dartmouth College and served in the Union Army during the Civil War. Ten years after their marriage and a variety of jobs, Elliott started his law career in a private practice. 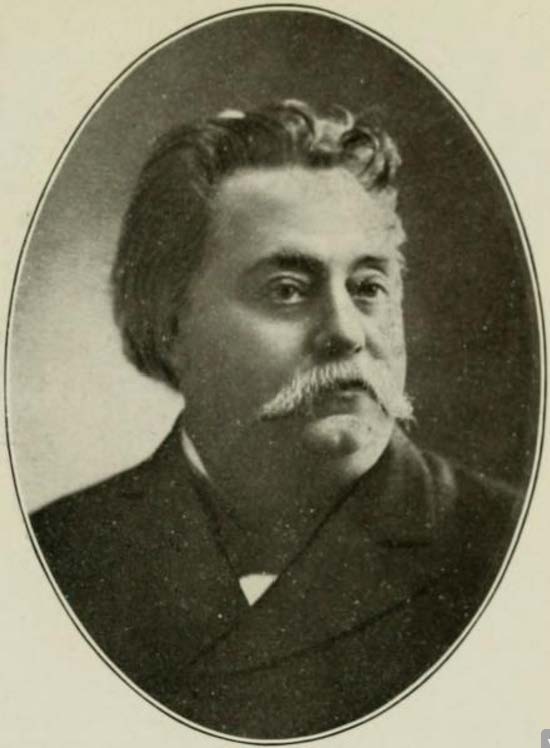 Eugene Elliott. Image is in the Public Domain

It was then that he started playing games seriously. He was a founder of the city’s Chess Club and a frequent winner of chess tournaments held during the 1880s, finishing the decade as city champion. The Chess Club’s interest then switched to a card game that was sweeping the country – whist.

Elliott was known nationally in whist circles and was a charter member and “Father of the American Whist League” which was formed in Milwaukee in 1891. In 1900, after two terms as City Attorney, he became a circuit court judge, a position he held for two years before his sudden death, which occurred at the Milwaukee Whist Club while he was playing his favorite game.

Kitty Elliott died five days short of her 101st birthday in 1943 at her daughter’s home. She is buried next to her husband in Forest Home Cemetery.

Because it is circular, the lots in the center of Elliott Circle are pie-shaped, with the wide part facing the street. An alley leads to the middle of the circle, where there is a concrete apron that provides access to the fourteen garages situated on the narrow end of the lots. 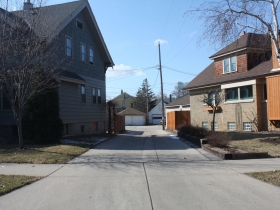 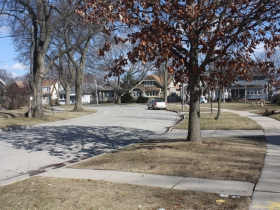 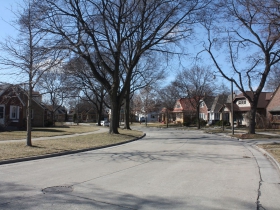 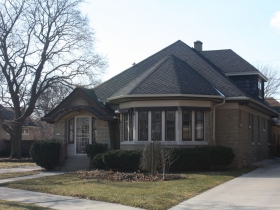 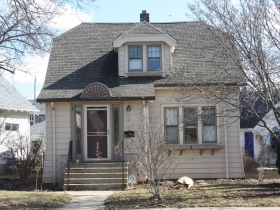 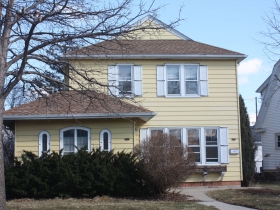 2 thoughts on “City Streets: Elliott Circle Is A Unique Oddity”