The street gets its name from an early Milwaukee family, with ties to the founding of the parks system. 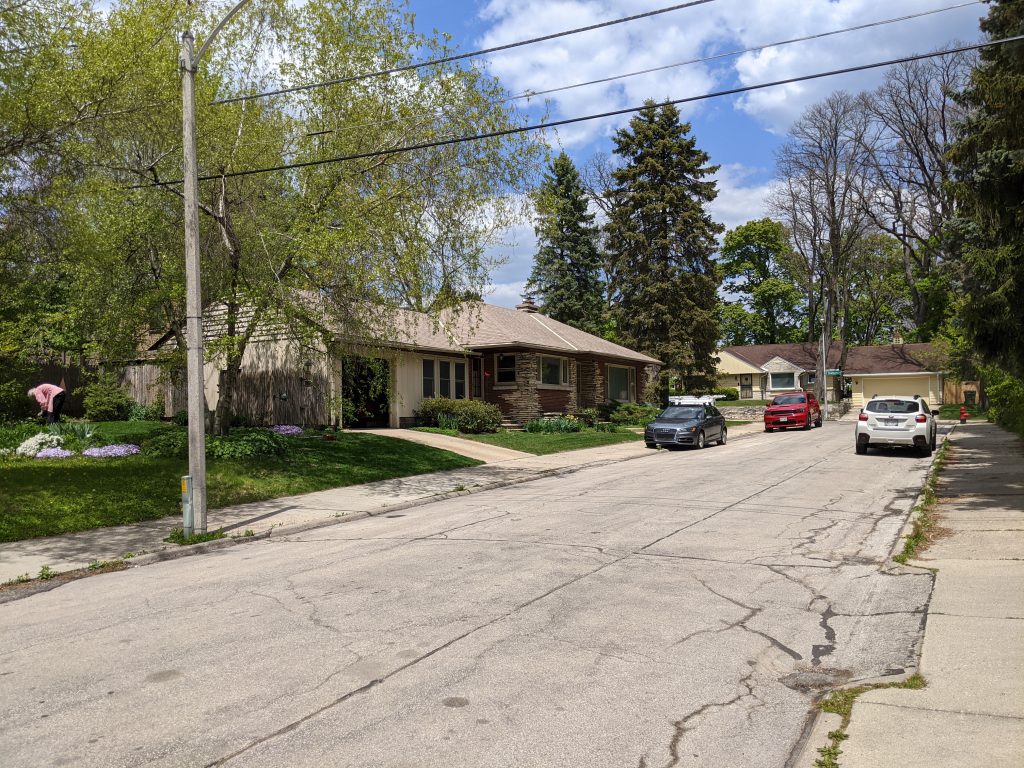 The street that runs along the west bluff of the Milwaukee River in the Riverwest neighborhood is called Gordon Place (or Gordon Circle or Gordon Court). The bluffs do not run in a straight line but zigzag, cutting off the chance for Gordon Place to run its full length. Instead, the street is broken up into a series of six short segments, each with its own access point and its own character.

George Gordon, an English immigrant who came to Milwaukee with his wife, Annie, in the 1850s, is the source for the name. He operated a sweets and chocolates store on Spring Street (now W. Wisconsin Avenue) just west of the Milwaukee River for many years. His success enabled him to buy the land on the west side of the river south of E. Locust Street that is now known as Gordon Park. There he built a large home that he called Ash Cottage, on grounds he named Gordon Place. His estate was the site of many concerts, parties and other events.

The Gordons had two daughters, the younger one named Annie after her mother. Annie Gordon spent her childhood roaming the bluffs and banks along the river with a boy who lived on the north side of Locust Street. His name was Charles Whitnall, and his father, Frank, was also an English immigrant. Frank was a florist, an occupation that Charles would eventually take up and would later lead to him being referred to as the “Father of the Milwaukee County Parks.”

Charles Whitnall and Annie Gordon’s relationship changed from playmates to lovers, and they married in 1883. The couple had one child who was born the year after George Gordon died in 1887. They named the boy George Gordon Whitnall, but he went by the name of Gordon his whole life.

George Gordon’s widow loved to hear children at play, so she hosted many school events with students coming to her grounds to play. She belonged to a variety of cultural and social organizations and hosted frequent parties, dinners and entertainments at Ash Cottage.

Meanwhile, Charles and Annie’s relationship went into a decline and they separated in 1902. Annie Whitnall and her mother travelled to Europe on several occasions and observed children’s play areas in the British Isles. They incorporated some features they had seen when they constructed their playground at Gordon Place. In 1907, they donated the play area section of Gordon Place to the city for a park. Then they sold the rest of Gordon Place to the city at a price it could not refuse. The city renamed it Gordon Park.

Get a daily rundown of the top stories on Urban Milwaukee
The Whitnalls divorced in 1911, and Annie, her mother, and her son, Gordon, moved to Los Angeles, California, where Gordon became a city planner. Charles Whitnall remarried and in 1926 subdivided his land north of Locust Street as the Whitnall Knoll Subdivision. One of the streets in his development was called Bolton Street. That same year, the city was renaming streets with names that sounded alike to eliminate confusion. Bolton Street was too much like Holton Street, so it was changed to Gordon Place.

The oldest portion of Gordon Place is between Meinecke and Wright streets. This southernmost section is lined with industrial buildings and Polish flats. Gordon Court extends north from E. Wright Street and is a cul-de-sac with larger lots and larger homes.

The main feature of the Gordon Place at E. Clarke Street is its seclusion. The east end of E. Clarke Street looks like a dead end but a very narrow lane to the south leads to another kind of cul-de-sac with a half dozen homes on it.

Gordon Place in Whitnall Knoll, Charles Whitnall’s subdivision, has only four homes fronting on it. It is out of the way, requiring travel on E. Locust, N. Dousman, and E. Roadsmeet streets to get to it.

Gordon Circle is tucked out of the way at the east end of E. Burleigh Street. There are a half dozen homes on this picturesque circle.

At the east end of E. Auer Street is another short portion of Gordon Place. About one block long, it is home to several residences as well as the Milwaukee Friends (Quaker) Meetinghouse.

The last section of Gordon Place runs between E. Concordia Avenue and E. Townsend Street. Like the other sections of this street, it is quiet and well kept. 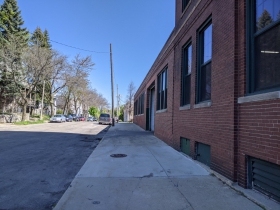 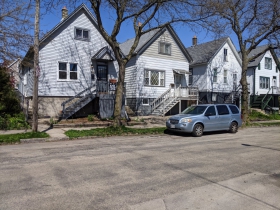 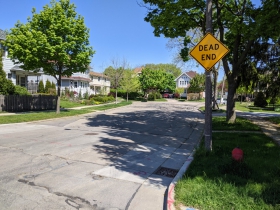 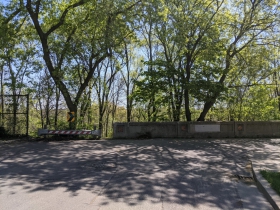 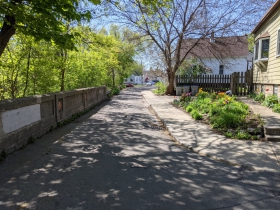 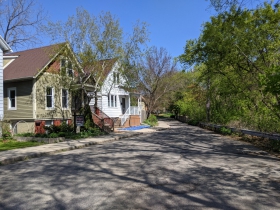 One thought on “City Streets: Gordon Place is Rich with Milwaukee History”