All on the East Side. Four from Sir Walter Scott novels and a couple Harvard connections. 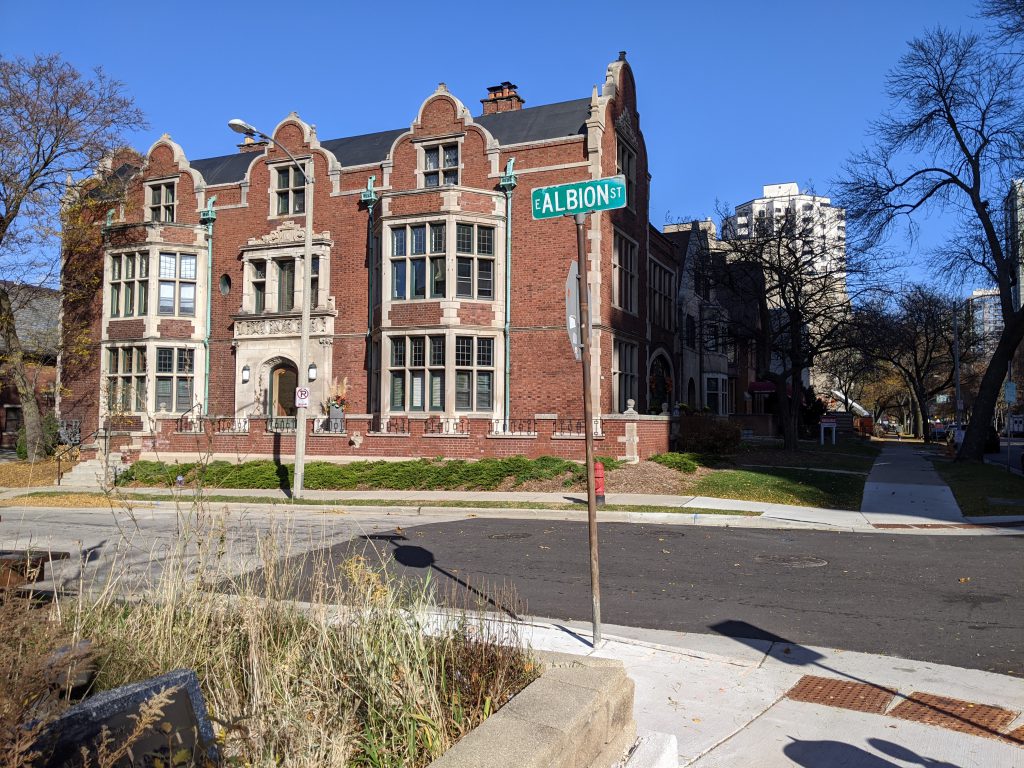 The streets that intersect N. Prospect Avenue between E. Ogden and E. North avenues carry some of the more interesting-sounding names in the city. Albion, Royall, LaFayette, and Ivanhoe are names likely to arouse the curiosity of passersby. Most of them are side streets and just a few blocks long, and their names can be seen on the well-traveled N. Prospect Avenue.

Of these eleven streets, the shortest, and the first one north of E. Ogden Avenue, is E. Curtis Place. At only one block long, it connects N. Prospect and N. Farwell avenues, and is the one most recently named. In the 19th century it was called Keene Street, but that name was considered too much like Keefe Avenue in 1926 when the city was eliminating duplicate and similar-sounding names. It was renamed for the then recently deceased Truman Curtis, a public-spirited and progressive citizen who held public offices from 1868 to 1910. Curtis was born in Canada in 1841 and died in Milwaukee in 1922.

The next street north is E. Albion Street. It was named in 1849 by a real estate investor, Hugh Ronalds, an English immigrant and a resident of Albion, Illinois. Albion is from Latin, meaning “white,” for the white chalk cliffs of southeast England that greeted visitors from the continent who were crossing the English Channel at its narrowest point.

East Brady Street occurs next on the one-way N. Prospect Avenue. It was named in 1836 by a group of Chicago investors who named many nearby streets for themselves. This one was probably named for George Brady, a Chicago grocer, real estate man, and alderman.

Following E. Brady Street is E. Royall Place. It was named in 1874 by a Harvard University Law School professor, Joel Parker. Parker was appointed to the Royall Professorship at the Law School. It was endowed by Isaac Royall in 1815. This street leads to N. Cambridge Avenue, which was also developed by Parker and named for the city where Harvard Law School is located, Cambridge, Massachusetts.

Next in sequence is E. Kane Place, named for Alonzo Kane, a New York native, in 1890. Kane, who owned the land that includes Kane Place, was a real estate developer, an alderman, a county supervisor, and a newspaper publisher. Kane Place was originally called Dane Place.

First Street was dubbed Irving Place after Washington Irving, the first American writer to gain international fame. He is best remembered for his stories “The Legend of Sleepy Hollow” and “Rip Van Winkle.” Irving was born in New York in 1783 and died there in 1859.

Second Street was named LaFayette Place for Revolutionary War hero Marquis de LaFayette. The Frenchman’s complete name was Marie-Joseph Paul Yves Roch Gilbert du Motier, Marquis de La Fayette, which would not fit comfortably on a street sign. After helping to win our revolution, LaFayette returned to France to join the French Revolution. He died in Paris in 1834 at age 76.

We can thank Sir Walter Scott for the last four street names on our journey up N. Prospect Avenue. The Scottish writer wrote historical novels about Britain that were popular in the nineteenth century and referred to as the “Waverley Series.” Third Street became Windsor Place. Windsor Castle played a central role in his novel, The Heart of Midlothian.

Fourth Street now is called Woodstock Place thanks to Scott’s novel Woodstock. The “Good Devil of Woodstock,” a legend about Woodstock, England, was the inspiration for the novel.

Fifth Street was given the name of Kenilworth Place after the title of another Scott novel. The story deals with Kenilworth Castle in Kenilworth, England.

Scott’s novel Ivanhoe was the source of the new name for Sixth Street, Ivanhoe Place. The tale relates stories of knighthood and chivalry in feudal England.

North Avenue, at the end of our trip, has no cultural allusions. It was simply the northern border of the city when it was named in 1856. 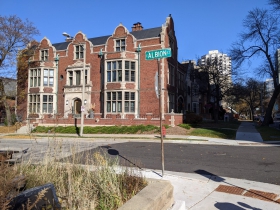 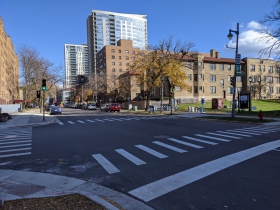 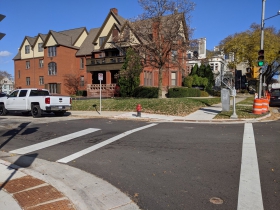 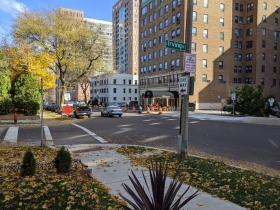 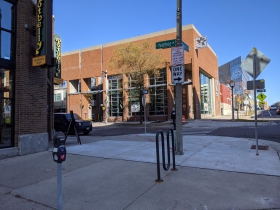 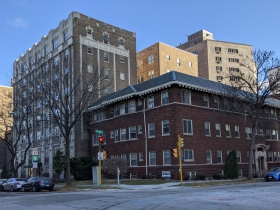