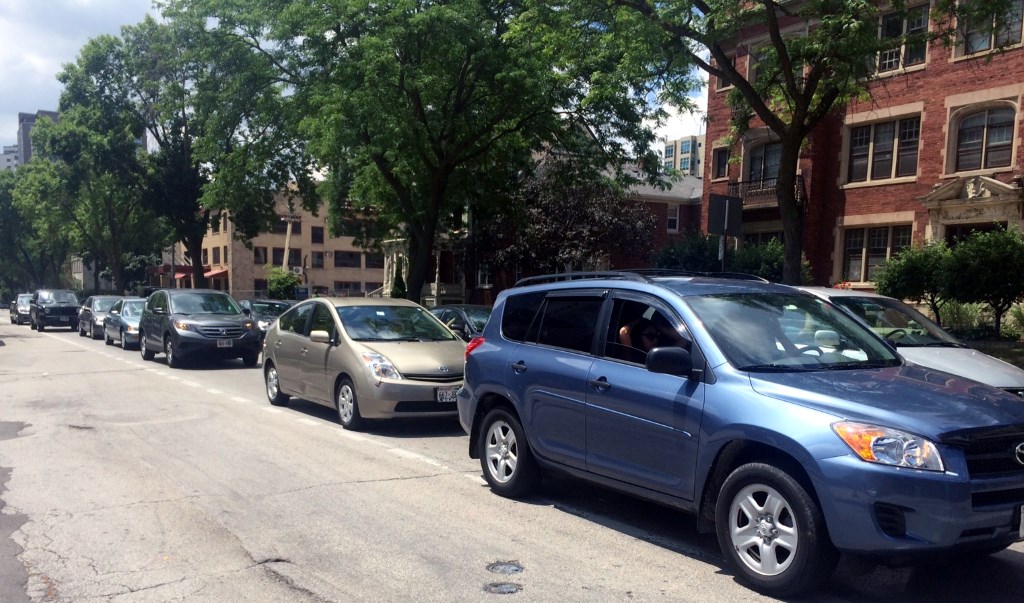 In 1847, James H. Rogers owned the land that today would be bounded by E. Juneau Avenue, E. Brady Street, N. Humboldt Avenue and the lake. The huge parcel was then valued at $1,200. His development plan included the naming of Prospect Avenue. A prospect, or a scenic view, was available from the lake bluffs, but large fashionable homes would not be built along Prospect Avenue for more than twenty-five years after Rogers named the street.

It was not practical to dig wells from such a height above the lake, but in 1872 the water works were completed, including the North Point Water Tower. The new city water system enabled the housing boom to begin, and architect-designed mansions for the wealthy started popping up along the lake bluffs.

Milwaukee newspapers’ society columns from the latter part of the 19th century reported on the many social events that took place on the avenue. Formal teas, lunches, dinners, and parties were daily occurrences.

The major sport on the street was lawn tennis, but they also played baseball. In the summer of 1888, a ball game between the Prospect Avenue married men and the Farwell Avenue married men had to be called after five innings. The players were too exhausted to continue playing. The Farwells won the abbreviated game 28 to 18.

News articles also show that residents complained and argued. They complained when they looked down the bluffs at the shore (there was no Lincoln Memorial Drive at the time) and saw nude bathers. Such swimming was illegal and in this case a Lutheran pastor was fined five dollars for skinny-dipping in view of those watching from above.

Residents complained when wagons or carts used Prospect Avenue as a thoroughfare. The horses and drays were offensive due to the noise and dust they created. Such vehicles were banned by ordinance unless they were delivering to residences on the street, but the ban was generally ignored and eventually dropped.

When residents were unhappy about the flushing tunnel building being built at the base of the bluffs, they were told that there would be no noise or smoke from the building, and that in spite of their objections the Milwaukee River had to be flushed of its filth. (The structure now houses the Colectivo Coffee Lakefront Cafe).

In 1895, an issue arose on Prospect Avenue that the Milwaukee Journal reported “separated men from their friends, … tore father from son and husband from wife.” For two years there were petitions, studies, meetings and more meetings. But the differences could not be ironed out. Should the street be paved with asphalt or wooden blocks? Everyone had an opinion and a few had more than one.

According to the anti-asphalt crowd, the black surface was slippery and dangerous for horses, but wooden blocks were not. Horses’ hooves were noisy on asphalt, which would cause residents to become nervous and sleepless. Resident Christian Wahl (a man who has been called the father of Milwaukee’s park system) said it was unhealthy. He claimed that after rains, water would puddle up in low spots on asphalt and, as it evaporated over time, bacilli would be discharged into the air, spreading dangerous diseases. He also thought that asphalt was “unartistic.”

Doctor Solon Marks was worried about asphalt dust, which he said was bad for lungs. Before he moved to Prospect Avenue, he had become familiar with asphalt dust when he lived on an asphalt-paved street. In addition to being a health hazard, the horrible dust, he said, would destroy not only the hangings and furnishings inside the house, but potentially the furniture too.

To bolster their argument they pointed out that both London and Paris had tried asphalt but were going back to wooden blocks. The pro-asphalt people countered that Toronto, New York, and Berlin were expanding their use of asphalt. They also argued that asphalt was cheaper, easier to keep clean, and lasted longer than wood. By paving with asphalt, proponents said, “Owners on Prospect Avenue and along the lake shore can easily make it one of the most beautiful streets in the West on account of its location along the lake.”

Finally, the city made the decision. Prospect Avenue was paved with asphalt in the autumn of 1897 by about 100 workers, “most of them jolly negroes, who seem to delight in their dirty work.” More stately homes were built along the avenue in the years after it was paved. In 1913 Prospect Avenue was advertised as “Milwaukee’s Most Beautiful Street.” Its heyday ended after World War I, when fewer residents could afford the upkeep of the large houses, and most of them were subdivided or replaced by apartment buildings and high-rises.

Nineteenth century development pushed the street north to E. Kenwood Boulevard and beyond. In 1926 the name of Prospect Avenue was extended south to Wisconsin Avenue, replacing the name Juneau Place, giving us the Prospect Avenue that we know today.

A historical marker on Prospect Avenue reminds us that a Civil War camp was located between Prospect and Bartlett Avenues from Royall to Lafayette Place. When the state’s 24th Regiment, known as the Milwaukee Regiment, was in training there it was called Camp Sigel. Two Milwaukee men from the regiment were awarded the Medal of Honor. One was the father of General Douglas MacArthur, Arthur MacArthur Jr. The other was a Tory Hill resident, Thomas Toohey, whose parents were Irish immigrants.

Today, Prospect Avenue is still a prestigious address, and must be the most densely populated street in the city. Nineteenth century residents certainly would have complained to high heaven if they had to put up with the constant traffic rushing down their one-way street. 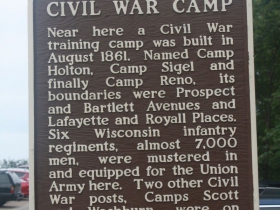 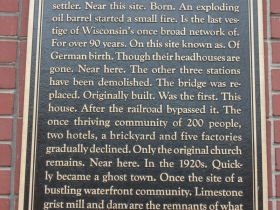 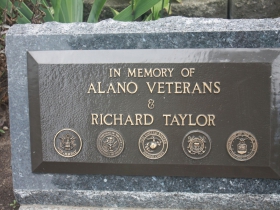 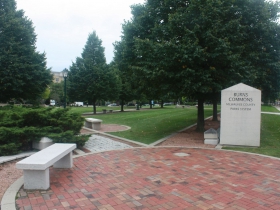 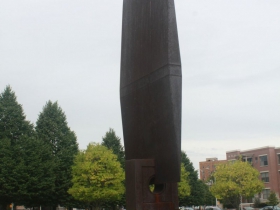 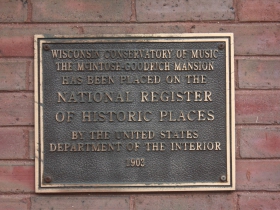