When I moved back to Milwaukee in late 2014 my go-to bar quickly became Blue Jacket, a cozy corner lounge in Walker’s Point where my friend Brandon Reyes was a bartender. Blue Jacket specialized in craft cocktails, hard-to-find beer, and small plates from around the Great Lakes region. It was a tribute to the Third Coast, but could’ve been mistaken for a hip Brooklyn bar. Blue Jacket closed last summer and its space at 135 E. National Ave. now houses Drink Wisconsinbly Pub (or DW Pub), the tavern arm of a local merchandise brand created by Richard Lorbach. Naturally, DW Pub focuses on just one of the Great Lakes states, but could also be mistaken for a NYC bar. That is, one designed by a Wisconsin ex-pat and dedicated to the Badger state.

If you’ve grown tired of cheeseheads, bubblers, and hunting decor, DW Pub is probably not for you. But if you can appreciate a bit of well curated kitsch, you’re likely to enjoy DW Pub. Actually, no matter what you think about the atmosphere, DW Pub’s happy hour is fantastic. It runs from 4 p.m. to 6 p.m. and then again from 10 p.m. to 12 a.m. every day of the week. It includes $1 off all bottles of beer, $6 for two-pint mini-pitchers, $5 beer and a shot, and $5 Soulboxer Old Fashioneds. Soulboxer is a Wisconsin-style Old Fashioned mix made by Doug MacKenzie and Jason Neu, former Great Lakes Distillery employees, which blends premium California brandy flavored with Door County Cherries, real orange, bitters and cane sugar. And get this, at DW Pub it is garnished with a squeaky cheese curd and comes out of a branded Soulboxer bubbler! Could this be the apex of Wisconsin-themed drinking?

Despite growing up in Milwaukee and spending a fair amount of time camping around the state, attending Packers and Badgers games in Green Bay and Madison, my familiarity with cheesehead culture is paltry at best. So when I saw “Aber Gut” on the DW Pub menu I had to inquire. “Aber Gut” translates from German to “Oh Good!” and is a shot of brandy topped off with schnapps. Bartender Andy told me that hunters use shots of Aber Gut to warm up and they are popular among northern Packers fans. DW Pub’s version is blackberry brandy topped with peppermint schnapps and it’s their house shot. It is included in the $5 beer and a shot deal during happy hour, along with Tully, Fernet and Fireball.

“We only have one beer that’s not from Wisconsin,” Andy the bartender informed me. “That would be our NA beer.” DW Pub’s current brew options hail from Sheboygan (3 Sheeps), Madison (Karben4, Ale Asylum, Capital, Mobcraft), Milwaukee (Brenner, Lakefront, Schlitz, Miller), Chippewa Falls (Leinenkugel’s), New Glarus, Potosi, Steven’s Point (Ciderboys), Lake Mills (Tyranena), Door County, Amherst (Central Waters), Green Bay (Hinterland), and Plover (O’So). Technically Pabst is headquartered in Los Angeles, but considering their plans to reopen operations in Milwaukee this summer, we’ll give them a pass. Almost all beers at DW Pub are regularly $5, with Capital Supper Club (draft) only $3, domestics and (most) tallboys $3, and Bay View’s Enlightened Brewing at $7. When I stopped in this week they were out of Enlightened’s 53207 (draft) beer due to popular demand.

DW Pub was bustling on Tuesday evening. This may have had something to do with their excellent $10 burger or brat and a beer deal on Mondays and Tuesdays. It includes a single patty butter burger or a bratwurst, fries or chips, and a pint of Capital Supper Club. Given their Wisco-theme I would’ve guessed their house chips to be the delightfully sugary Sprecher Beer chips, but they are Door County Kettle Chips with parmesan and garlic, which are also delicious. I’ve been craving a butter burger for months and DW Pub’s totally hit the spot, bringing back childhood memories of Kopp’s Frozen Custard and its burgers. Other enticing DW Pub menu options include the PBR marinated chicken sandwich, the smoky paprika polish sausage, the braised red cabbage with bacon, the poutine (braised pork belly with Korbel peppercorn gravy), and “The BIG Finish” dessert (chocolate bacon cake, chocolate and bacon ganache, salted caramel). While Milwaukee is known for its German heritage, there are definitely northerners with Scandinavian ancestry. Why else would DW Pub include Swedish meatballs on their menu? I sampled one of the tasty morsels of meat, covered in their own lingonberry sauce (not as sweet as the traditional version) and topped with a delicious house-made pickle coin. 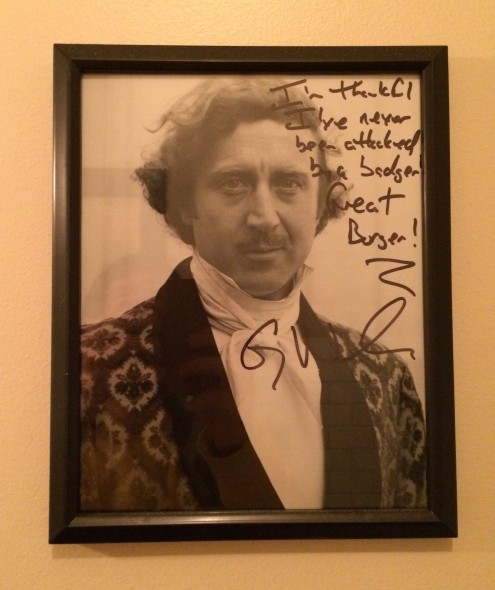 In the spirit department DW Pub carries some of the best Wisconsin craft distilleries including Great Lakes, Central Standard and Great Northern. Rail drinks are $4 for a single, $6 for a double. DW Pub has a slim selection of wine including Bota boxes, plus bottles of a blended shiraz and a cabernet from California. DW Pub’s specialty cocktail menu is full of locally-inspired concoctions, but none made me more nostalgic than “The Midwest Express;” your choice of Great Lakes’ Rehorst vodka or KK rye whiskey in specially made glass airplane bottles just for DW Pub served over ice, your choice of juice or soda, and of course, a chocolate chip cookie. What could be more Wisconsin than that?

There are three TVs for enjoying Wisconsin sports and the occasional international affair, as was the case when I stopped in (UEFA Champions League soccer). The back patio is a great place to enjoy the warm weather and the front garage door allows for fresh air during hot summer days. Like the people of this great state, DW Pub doesn’t take itself too seriously, best exemplified by the head shots in the bathroom with fake messages (pictured). My favorite is a particularly dapper picture of Milwaukee native Gene Wilder and a message that reads, “I’m thankful I’ve never been attacked by a badger. Great burger!”

On Thursday May 12 DW Pub hosts a kick-off party for their Saturday Supper Club that will feature samples of their menu’s inaugural incarnation and a screening of the film Old Fashioned: The Story of the Wisconsin Supper Club, which I caught at the 2015 Milwaukee Film Fest and highly recommend for understanding this venerable Wisconsin tradition. Advanced tickets are $36 and day-of airing $38. 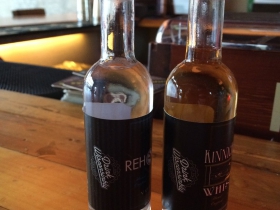 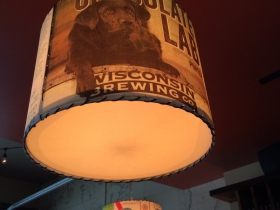