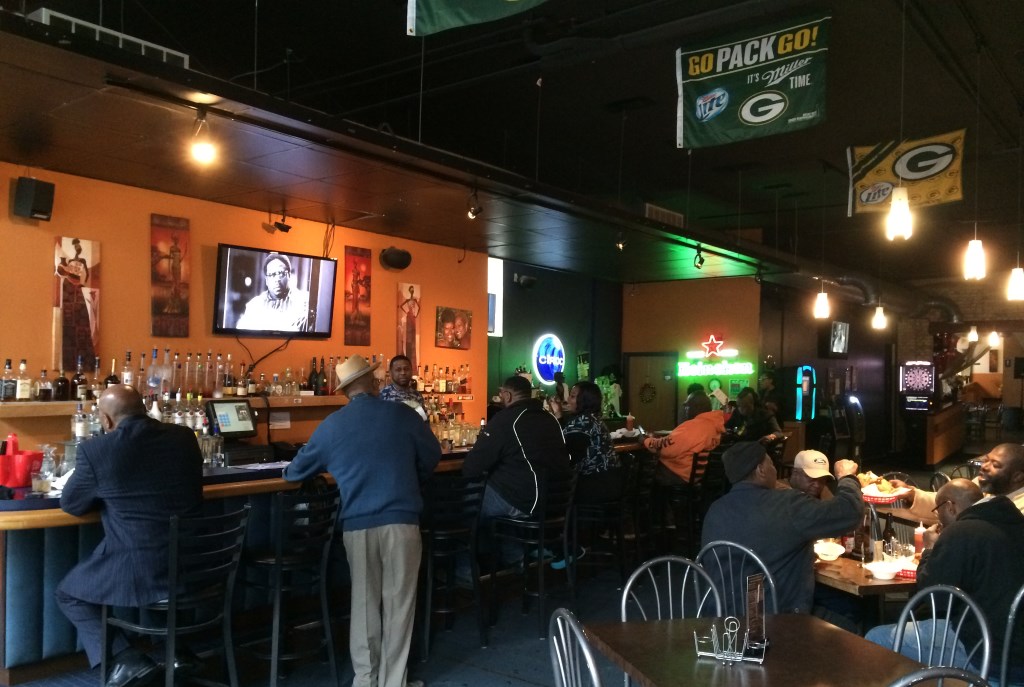 The inaugural Arte Para Todos Music and Art Festival was a runaway success last year, raising over $21,000 for arts education in three local partner schools. It was a wild weekend that I experienced as a fan and a journalist, interviewing co-founder Josh Evert and recapping the festival for Urban Milwaukee. I was added to the organizing team this year and we’ve been working hard to bring Milwaukee another outstanding celebration of local music and art that will raise money for arts programming in our local schools. This year Arte Para Todos added a fourth partner school and expanded into two additional neighborhoods, Walker’s Point and Harambee. We are very excited about our daytime shows in Harambee on Saturday, especially The Rashida Joneses, Queen Tut, The Fatty Acids, and DJ WC Tank at Best Friendz Klubhouse (2722 N. Dr. Martin Luther King Dr.).

The Harambee neighborhood is located between Capitol Drive and North Avenue, and Holton Street and I-43. Harambee is a Swahili word for “pulling together.” The area has a rich history of African-American activism, with the area serving as a center for the civil rights movement in the 1960s. Like much of the inner city, Harambee went on the decline in the late 20th Century and has struggled since. However, in the last decade there has been a push to revitalize Dr. Martin Luther King Drive. Today you’ll find the cafe and store wing of the urban agriculture organization Growing Power across the street from two taverns, the Lux Bar and Best Friendz Klubhouse. 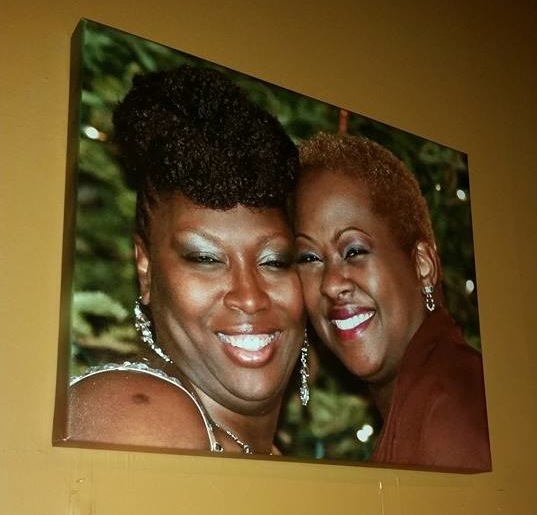 The latter moved to its current location, 2722 N. Dr. Martin Luther King Dr., three years ago. The owners are childhood friends Devida Glover and Paula Griffin-Gaston, who have known each other since they were nine years old. The pair have been in business together for ten years. Paula is also a nurse and Devida has worked in the salon business. When I stopped in the other night at Best Friendz, Devida was behind the bar cracking jokes, busting dance moves and slinging drinks to customers. There was only one spot open at the bar, which has about 15 seats. Devida downplayed how busy they were for a Tuesday night, citing two birthdays and a promotion party. The vibe was quite lively as patrons played darts, watched the NBA playoffs, ate dinner and clanged glasses as Jay-Z blared on the speakers.

Best Friendz is by no means a beer bar. The selection is limited to your standard domestics, imports and Spotted Cow. It’s more of a mixed drink kind of place and their happy hour reflects that. The daily deals run from 2 p.m. to 6 p.m., Sunday to Thursday (they are closed Mondays). Bottom shelf liquors like Captain Morgan and Smirnoff are $3, middle shelf picks like Crown, Bacardi and Grey Goose are $4, and Patron is only $5. Considering Patron is regularly $9, you get the most bang for your buck drinking top shelf during happy hour. If you’re a fan of Sean Combs’ signature vodka brand Cîroc, Best Friendz has the whole spectrum of flavors. 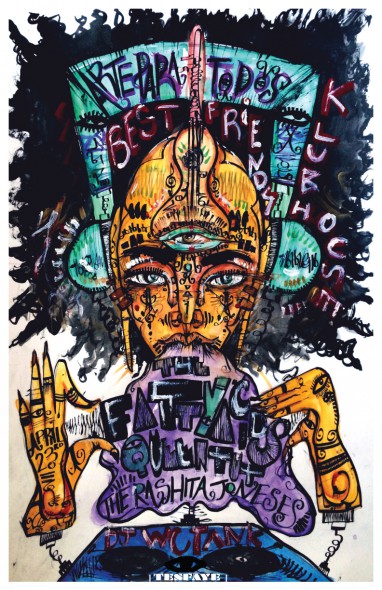 It was difficult to pass up the $1 tacos when I stopped in on Tuesday night, but I did indulge in the beverage side of that night’s specials, the $3 house margarita, which was actually better than the one I had at Conejito’s over the weekend. They also have $5 taco pizzas on Tuesdays. Instead I ordered six wings with Caribbean Jerk sauce and fried okra. This was before Devida gave me her personal recommendations: the Granny Hope burger (her grandma’s special recipe), the corned beef and the fried mushrooms. I was perfectly satisfied with my chicken and particularly with the okra. The other weekly specials at Best Friendz include 50 cent wing, $2 domestic and $3 margarita on Wednesday, Old School and Ladies Night Thursday with $1 Amsterdam Gin and Vodka flavors from 5 p.m. to 9 p.m. and $3 strong Long Island, Tequila Sunrise, Panty Dropper and Jolly Ranchers from 9 p.m. to midnight. On Friday they have $5 fish baskets, $2 domestic beers and $3 margaritas. Right as the Arte Para Todos show is wrapping up on Saturday the 50 cent wing deal will return from 5 p.m. to 9 p.m.

The back room at Best Friendz is spacious and has a great sound system for a bar its size. When I asked Devida if she moves the tables for dancing on the weekends when they have DJs she replied, “They gon’ get it in whether or not we move the tables.” Even so, for the Arte Para Todos show on Saturday (music starts at 3 p.m.) you can expect most of the tables to be out of the way. Best Friendz is one of 25 venues that will host an Arte Para Todos event this weekend, which kicks off tonight in Walker’s Point. Nearby Lux Bar will also have music during the changeover at Best Friendz, so festival-goers are encouraged to move between the venues. If live music isn’t your thing but you still want to support the fundraiser, there is a special Arte Para Todos coffee blend at Colectivo with $1 from each bag going towards the fundraiser, a compilation tape through Gloss Records, and a poster series hanging up at Company Brewing, who also brewed a special Arte Para Todos beer! 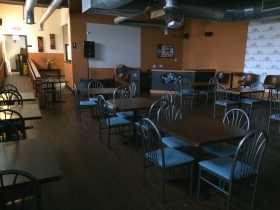 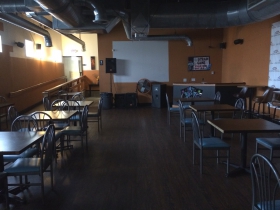 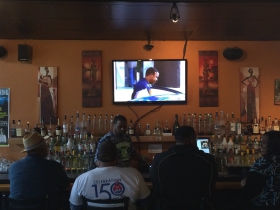 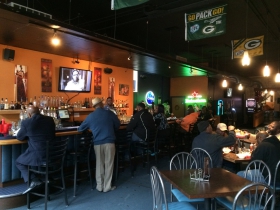 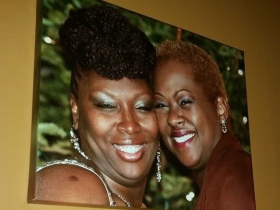 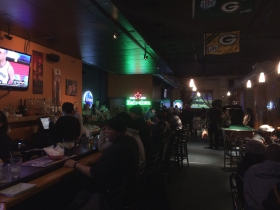