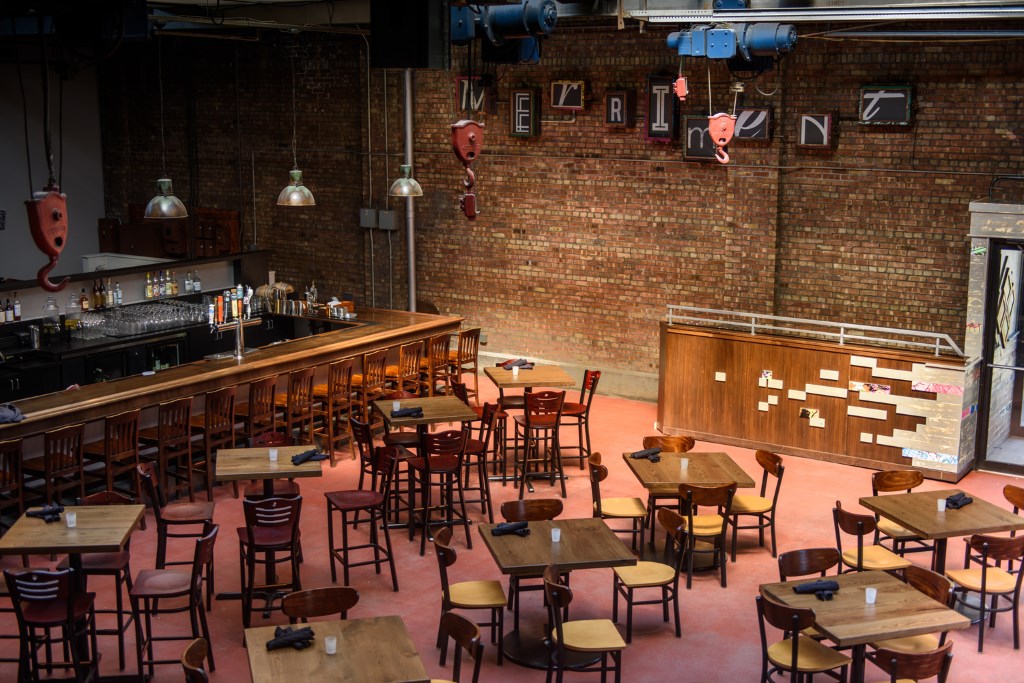 The first time I went to Toronto was in 1997 with my family and friends to see the Super Bowl Champion Green Bay Packers take on the Buffalo Bills at the Skydome. The second time was in 2011, as it happens the last year the Packers won the Super Bowl, when my friends and I saw the Bucks play the Raptors. Beforehand we ate at a dim sum joint in East Chinatown, a new experience for me seeing those steamed baskets of cooked food — ours to grab at will — wheeled around the restaurant on carts.

When Merriment Social (240 E. Pittsburgh Ave.) opened last summer they advertised dim sum-style cart food service starting at 4 p.m. After catching an in-studio performance at nearby 88Nine Radio Milwaukee from Nashville’s Bully I went into Merriment on an empty stomach. I was eager to snag a steamed basket, but was devastated when I found out the kitchen didn’t open until 5:30 p.m, leaving me with 45 minutes to wait for food. Thankfully, Merriment provides plenty of liquid nourishment.

The happy hour at Merriment runs from 4 p.m. to 6 p.m., Tuesday through Sunday. It includes $2 off all taps and wine, plus $5 well drinks. I sampled Alpine’s Captain oatmeal stout and Deschutes Jubelale Winter Ale on nitro, two solid dark beers, but decided the frigid temperature deserved something stronger. What was more powerful this past year than the Milwaukee Lion? The frightening feline’s cocktail was a soul-warming blend of bourbon, allspice liqueur, maple and lime.

Carts were never wheeled out, likely due to the fact business was slow on that frigid Tuesday evening, but the food was well worth the wait. The three dishes I sampled were all on the sweet side, and I’m not complaining. The fried brussel sprouts were touched with raw wildflower honey, the spare ribs had butterscotch rootbeer in the sauce, and the crispy braised duck leg used maple-walnut butter. All good.

Merriment carried bottles and cans when they first opened but ditched them when they noticed most customers were ordering taps, of which they have 16 that regularly rotate. (They still have gluten-free O’mission IPA and Krombacher NA in bottle.) My dinner partner got a pint of the Door County Pastoral saison, a wheaty summer beer with hints of clove and banana, enjoyed just as well in the winter. The tap selection is varied regionally and by style, with some hard-to-find brews at $6-$7 regularly. The Black Husky Sproose double IPA is highly-recommended.

On Sunday nights they break out tall boys of Miller High Life to accompany their beer, burger and bourbon deal. For $12 you can get a 16 oz can of the Champagne of Beers, a shot of rail bourbon, and their popular burger ($14 regularly), which has cheese, bacon, pickles, and housemade “social sauce” on a milk bun. They have about 35 varieties of wine, mostly from California and Europe, and their spirits include many top shelf brands like Whistlepig rye whiskey. They offer carafe cocktail “punches for two” ($18-$19), which have been refined since their opening. The “milk punch” (house cinnamon whiskey, citrus, and chai tea) had sold-out on Sunday.

The space is an upgrade from the barn wood of Prodigal Gastropub, and reminds me more of Moct nightclub, which occupied 240 E. Pittsburgh Ave. for nine years before closing in April 2013. That same year the 8-Twelve MVP Bar & Grill in Brookfield, the ill-fated partnership between Milwaukee Brewers’ slugger Ryan Braun and the Packers Aaron Rodgers, had closed. One of their chefs, Andrew Miller, opened Merriment with two silent partners after years of collaboration and brainstorming. The dim sum carts never showed up the night I visited, and you can’t win them all (here’s looking at you Packers), but you can bounce back from a slow start (here’s looking at you, Bucks). With great tasting food and well-crafted drinks, Merriment is sure to be a winner in this town.

It also helps to have good neighbors and 88Nine Radio Milwaukee is just two doors down from the restaurant. Merriment will be one of an impressive local lineup contributing dishes to 88Nine’s “Sound Bites” event on February 11. Leading up to the event I’ll be sharing happy hours picks by 88Nine staff. First up is Amelinda Burich and Justin Barney.

Amelinda is a big fan of Hinterland’s happy hour and weekly specials. Her recommendations: “Hinterland’s taco tuesdays. They will make a vegan option and have great cocktails. They always have a tequila based cocktail for the tacos and you don’t want to pass that up. Monday $5 pho nights are always awesome, especially this time of year.”

Justin has three favorite places to drink, be it happy hour or otherwise, which form a triangle around his Bay View home: Cactus Club, Club Garibaldi’s and Puddler’s Hall. “The bar at Cactus is a big “U” shape that makes for a feeling of togetherness on a quiet night. But Cactus doesn’t have a pool table, and Club G’s does. That’s where I go to play pool with a buddy and talk the night away. Puddler’s Hall has even more activities and camaraderie. They have ping-pong tables, a popcorn machine, and a cast of characters. And for Packers games they have free burgers, brats, wings, pizza and nachos, ALL FOR FREE!” Sadly, we’ll have to wait until next season for all that complimentary, Packers-celebrating goodness. 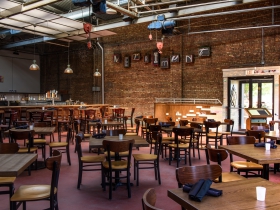 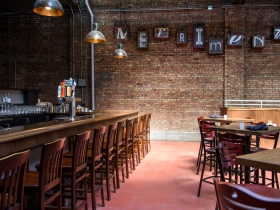 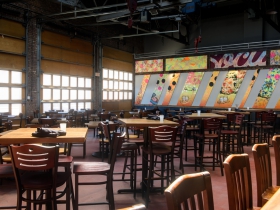 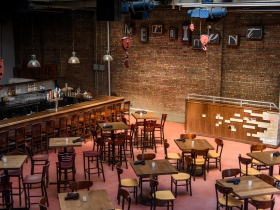 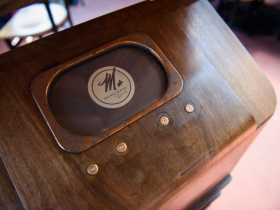 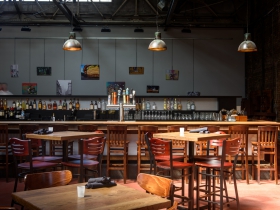