Tiki Bar has $3 draft beers and rail drinks but you might prefer splurging on tropical cocktails. 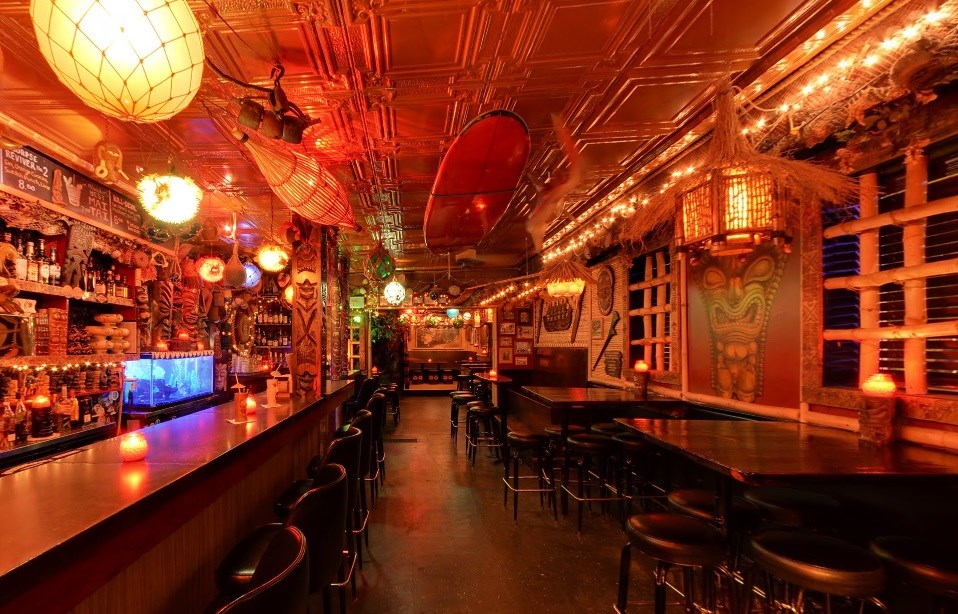 I was not looking for happy hour inspiration at the Milwaukee Public Market on Sunday, but it found me. I took my girlfriend and her kids to see the gingerbread house display by MATC baking and pastry arts students. We oohed and aahed at the inventive and inviting edible edifices, all the while reminding the four-year-old not to touch. In the middle of the pack sat a two-hut, one-palm-tree beach scene with a group of teddy grahams sitting on candy cane stools at a Tiki Bar, complete with a little “Happy Hour” sign. “Look Joey,” said the 10-year-old, “a happy hour!”

With this image in mind it was clear that this week I would feature Foundation Bar (2718 N. Bremen St.), one of the finest cocktail joints in town and a beloved Riverwest haunt. What better place to visit as the temperature drops below freezing than an intimate exotic oasis? Not to mention, happy hour runs seven days a week at Foundation, from open (4 p.m.) until 9 p.m. (If you go there tonight it may run until 10pm, but I was told “that is going to change very soon.”) 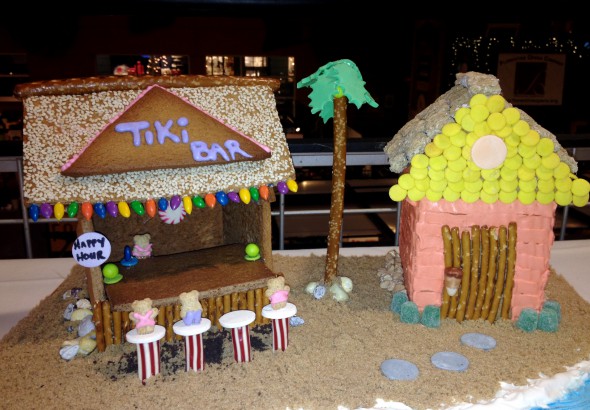 Foundation’s happy hour involves $3 draft beer and rail mixers. You can always count on a keg of Lakefront Riverwest Stein and Kona Longboard Lager. The rest of their rotating taps currently include New Glarus Moon Man, Central Waters Mudpuppy Porter, Southern Tier Harvest Ale, and Lakefront IPA. Regular-priced pints are $4 and pitchers are $12. Rails usually run $4, with top shelf $5, and it’s $2 extra for a tall. They have a limited selection of domestics ($3), imports ($4), and their best-selling bottle, $2 Pabst Blue Ribbon.

Tiki bars first emerged in the U.S. in the 1930s and became popular after WWII as soldiers returned from the South Pacific. When Foundation’s owners Don Nelson and Charles Jordan opened the bar in 1995 they simply had “Tiki Tuesdays,” but Nelson’s enthusiasm for the theme led to a full-on Tiki transformation in 2004. He enlisted the help of local artist and self-taught woodcarver Dave Hansen, whose contributions to the décor, including the 7-foot Marquesan Poles, have made Foundation an alluring and romantic space combining nautical, tropical and Polynesian elements. Nelson and Hansen have attended Tiki conferences and festivals together, and Nelson travels to Hawaii annually.

The happy hour at Foundation is a great deal, but let’s be honest, this is a Tiki Bar, and they’re not exactly known for beer and rail drinks. Foundation has been doing craft cocktails long before they became trendy. Naturally, rum reigns supreme at Foundation, with about 80-90 varieties. Their exotic drink menu has just over 30 refreshing concoctions, including a favorite of Elvis (Blue Hawaiian) and Hemingway (Floridita Daiquiri). To create these authentic recipes Nelson worked with classic cocktail expert Michael Kotke on the menu. These are not the high fructose corn syrupy tropical drinks of Applebee’s; instead Foundation uses pure pomegranate for grenadine and cane sugar or honey for sweetener.

While perusing the menu I overheard a woman mention Foundation in the same sentence as the Milwaukee cocktail icon Bryant’s, deservingly so. The original recipes and delicious ingredients make deciding on a drink at Foundation quite difficult, but you can’t really go wrong. The Mai Tai ($8), Singapore Sling ($7) and Zombie ($11) are staples, and the Pirate’s Grog ($12), Polynesian ($12), and Royal Hawaiian ($12) come in novelty cups that are yours to keep. Foundation is on their third limited edition design of the Rum Barrel ($20), also yours to keep. Another popular item is the Volcano Bowl ($15), a mix of rums and exotic juices in a festive flaming bowl.

Between my college days and an all-inclusive friend’s wedding in Jamaica the summer after I turned 21, I drank more than a pirate’s share of rum and have stayed away from the elixir ever since. I eventually chose one of their two seasonal drinks, the cheerful and intoxicating Bourbon Spice. Seasonal cocktails rotate every two to eight weeks at Foundation, depending on what is needed to make the drink. If you stop in on a Monday night you can warm up with a $6 Hot Buttered Rum. If you’re hungry they have a few snacks including Wisconsin made jerky and Dino’s frozen pizzas.

Foundation does not have any TVs but there is a large colorful fish tank behind the bar. The space is incredibly comfy, with a number of cozy booths and dimly-lit nooks throughout the bar. They have live music about 10-12 times a year, with half of those featuring The Exotics, the veteran surf rock revivalists. Foundation is a great place to grab a drink before checking out a live show at one of Riverwest’s many venues. This Saturday night Mad Planet (533 E. Center) hosts their 4th Annual Ugly Holiday Sweater Party featuring Jaill, Midnight Reruns, Dogs in Ecstasy, Andi Action, and DJing by members of Soul Low. At The Gig (1132 E. Wright St.) the Nasty Boys (Debonair Brandon, Fuzzy Logic, The Milkman and DJ Optimist) are throwing a 90s dance party complete with fruitcake cupcakes, prizes and holiday sweaters. If you’re not feeling the need to shake a leg this weekend, transport yourself to the South Pacific and relax at Foundation Bar. Come for the happy hour specials, stay for the exotic cocktails. 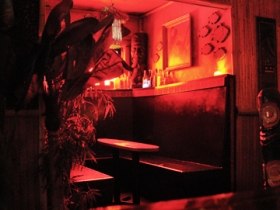 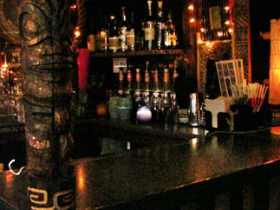 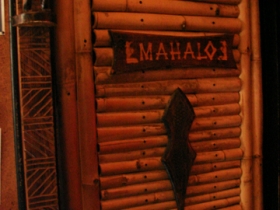 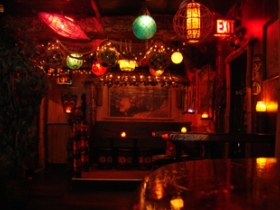 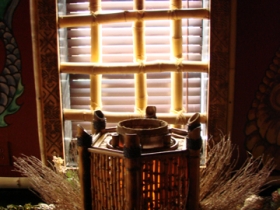 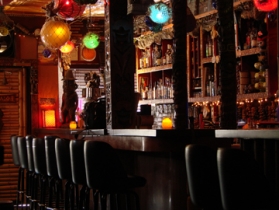