It will be located atop the New Kimpton Hotel in the Third Ward. 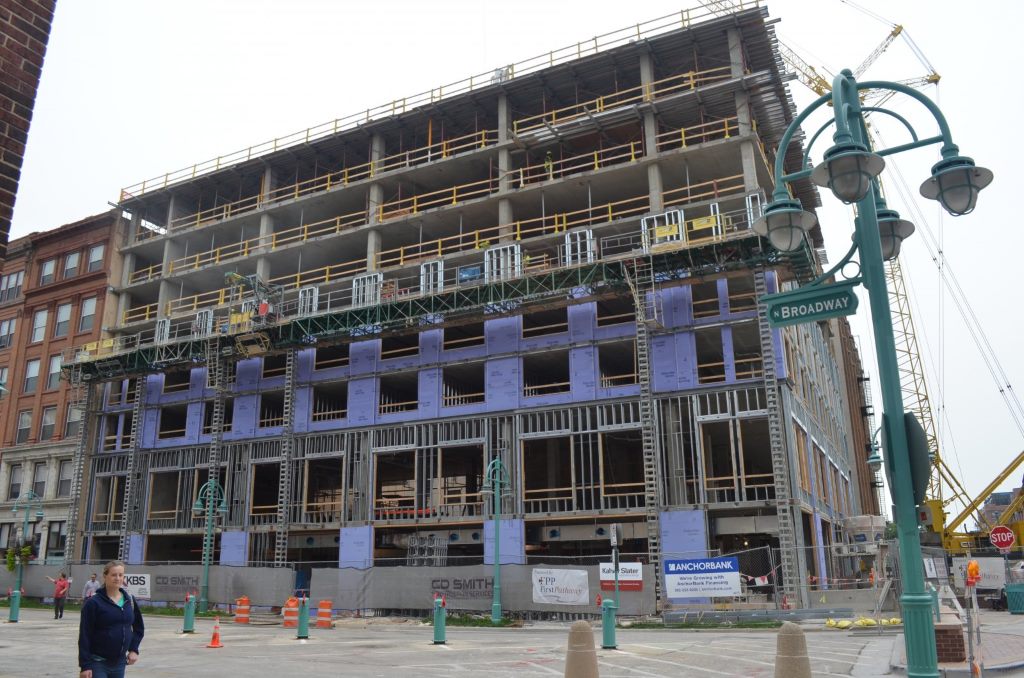 Get ready for a new rooftop bar in the Historic Third Ward. Designed by local architecture firm Kahler Slater, the Kimpton Hotel will be located in the heart of the Third Ward at the corner of N. Broadway and E. Chicago St.

The hotel, which was planned by Doug Nysse of Arrival Partners, will blend in seamlessly with the surrounding buildings, including The Broadway condominiums just next door.

A joint venture of CD Smith and KBS Construction is serving as the Kimpton project’s construction management team. Project developer HKS Holdings, which has their headquarters across the street from the construction site, is also converting the Posner Building into 105 apartments.

FirstPathway Partners has helped raise equity for the project through the EB-5 program, which allows foreign nationals to obtain green cards in exchange for investing in a business that creates at least 10 jobs. This financing method has been increasingly used on other developments in Milwaukee, including at The Brewery, the Aloft Hotel and Milwaukee Marriott Downtown. Anchor Bank is providing additional financing on the development.

Our photos capture the new hotel nearly topped out, with just the trellis over the rooftop bar remaining to be built, which will add a little more height to the building. 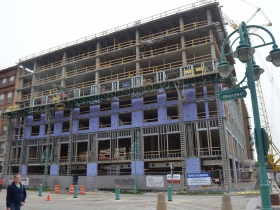 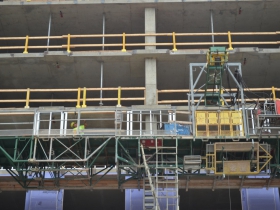 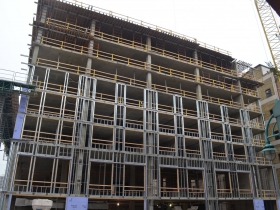 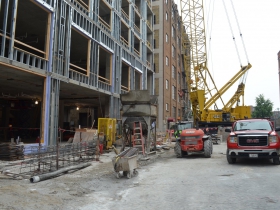 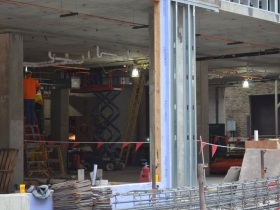 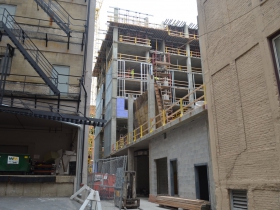