The nine-floor, 158-room hotel will fill a gap on Broadway, and add more density and foot traffic to the bustling Third Ward. 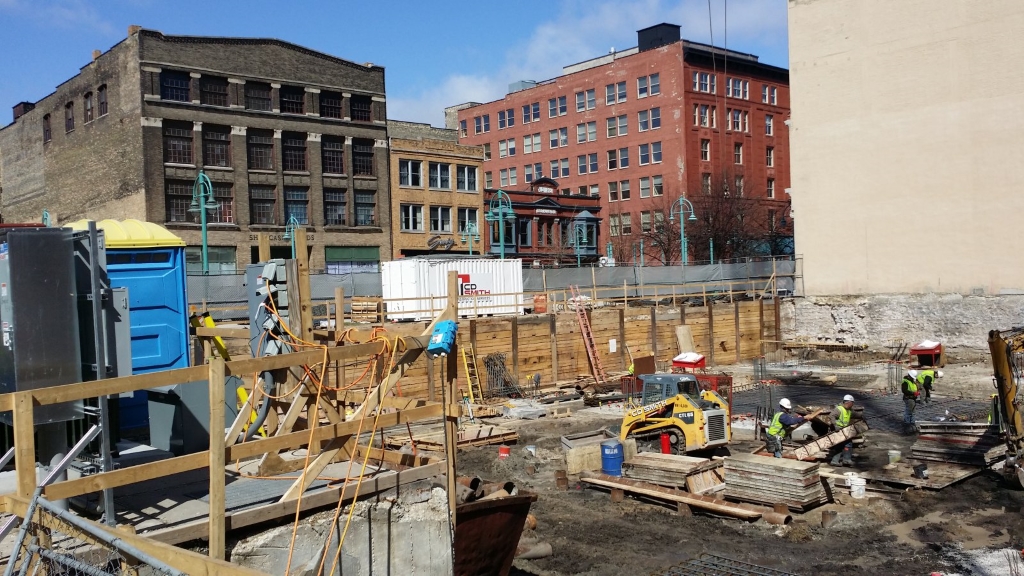 Work started on the Kimpton Hotel in December 2014. Photo by Jack Fennimore..

A former surface parking lot on the corner of E. Chicago St. and N. Broadway in Milwaukee’s Historic Third Ward is today an active construction site.  Soon a 158-room Kimpton Hotel will rise in its place.  This development, a long-overdue urban infill project, replaces one of the “missing teeth,” a gap between the buildings along Broadway, and builds on the neighborhood’s success.

The project team is led by development firm HKS Holdings, LLC and KBS Construction and C.D. Smith have teamed up as the construction manager on the project. The nine-story building was designed by Kahler Slater.

This will be the first Kimpton in the Milwaukee market, though through much of 2008 into early 2009, it looked like one would be built in the Park East. When finished, the Third Ward hotel will include a first-floor restaurant and a rooftop bar and lounge area. Other amenities in the hotel will include 7,000 square-feet of meeting and event space, a fitness center, and underground parking.

The hotel project broke ground in December of 2014, and is expected to open in 2016.

Our photos capture the early work on the project completed since December. 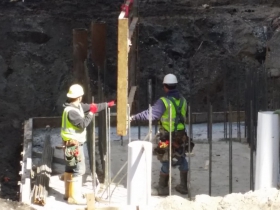 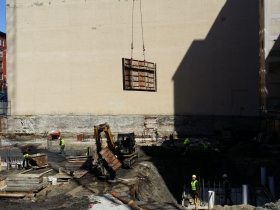 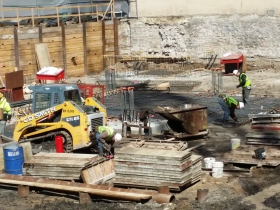 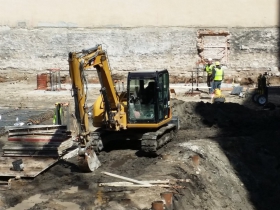 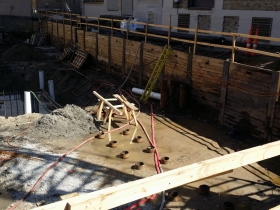 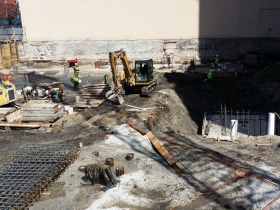