At the dedication of 100-unit market-rate apartment building at the former Pabst Brewery, mayor hopeful for continued growth of downtown housing. 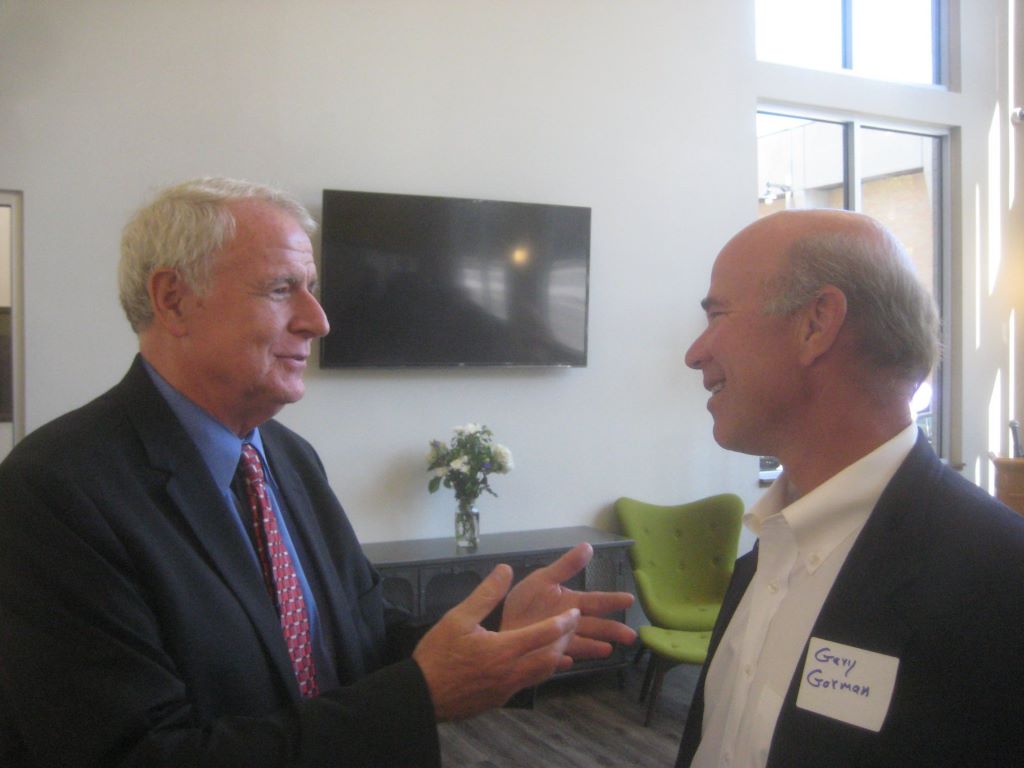 Mayor Tom Barrett and Gary Gorman at the opening of Frederick Lofts. Photo by Michael Horne.

There was a time that when you referred to a city’s “Tipping Point,” you were talking about a catalytic event that led to a community’s decline. Today, the phrase, as applied to the City of Milwaukee, has a different connotation, says Mayor Tom Barrett.

The 100-unit apartment building was developed by Gorman & Company, Inc. at the east end of the former Pabst Brewery.

Prior to the purchase of the long-vacant brewery site by the Zilber Group, “there was no reason to come here,” the mayor said. In fact, the place was so desolate that “even the bad guys wouldn’t come here,” he added.

But today, “what is happening literally before our eyes are young people and the young at heart coming downtown. It’s a national phenomenon,” the mayor said. “Downtown is 3.6% of the landmass and 18% of the tax base” of the city, he said.

As if on cue, the sidewalks outside began to fill with workers from downtown office buildings as they left work, heading to their homes, some in The Brewery neighborhood itself. Gorman & Company developed the adjacent Blue Ribbon Lofts apartment building out of the former Pabst Keg House. In addition, Gorman developed the Brewhouse Inn & Suites one block west. The new development is immediately south of the Brewery Point Apartments, a senior living community.

Ald. Bob Bauman, whose 4th district represents that 18% of the city’s tax base, and is the focus of its tipping point, joked that “groundbreakings and ribbon cuttings are getting routine.”

Ted Matkom, the Wisconsin Market President for Gorman, said the site “was the poster child for blight in Milwaukee.” He recounted the failed attempt to turn the area into an entertainment district that would have required the demolition of many buildings. Such entertainment districts did not survive the great recession, he said. After that effort failed, Joe Zilber declared that the Pabst site “was going to be my legacy.”

Things were tough at first, Matkom said. Some 30 restaurateurs turned down a chance to open what is now Jackson’s Blue Ribbon Pub at the Brewhouse Inn & Suites, including what he called “all the big players.” Today, Jackson’s, run by Mark Zierath, who was in the audience (and who catered the event) “is killing it!” Matkom said. The Blue Ribbon Lofts, dating to 2008, are “100% occupied,” he said. The 90-room hotel has some of the top rates in the city,” and hopes are high for the Frederick Lofts.

As Bauman noted, the location is a success despite being in sight of the County Jail and a state secure detention facility.

John Kersey, the Zilber Group Vice President said “We would not have imagined market-rate housing when we started this thing.”

Three models were on display, and I toured them with Gary Gorman, the president of the firm that developed and owns the property. This is 100% new construction, with high-end features like granite countertops and floor-to-ceiling windows. A live-work unit of 696 square feet has a sliding partition that separates the work unit, accessible from the street, from the live unit. For those eager go-getters who like to bound out of the bedroom and straight into the kitchen for a hearty breakfast, there is no door between the two rooms to slow things down.

Gorman noted the floors of the units, which are uniform throughout, and consist of a wood-grain pattern and texture. The material is described in the sales material as “luxury hard surface plank in natural wood,” but it is a vinyl type product. Gorman says from experience, he has to replace carpets every three years, and this material should be more durable. I would rather it express its inner vinylness rather than masquerade as wood, and I found the texture to be unnecessary.

Among the attendees was Jim Haertel, who owns Best Place across the street. He now has 35 employees. His wife Nancy says their facility is nearly completely booked for 2016, including for the wedding of Urban Milwaukee CEO Jeramey Jannene and Alison Peterson and is now taking reservations for 2017. One of the couple’s favorite weddings of 2015 was that of Ald. Nik Kovac and Grace Fuhr in July, where guests arrived by bicycle. Dan McCarthy, who was instrumental in the development of the project, (and was on the wrong side of the Pabst City plan) was there as was banker Jon Mulcahy. Also in attendance was Joy Smith, a resident of the Blue Ribbon Lofts who writes a neighborhood newsletter.

The building has a nice rooftop deck with a kitchenette, and a number of people were gathered there during the event. The building has a partial green roof of sedum that looks in fine shape for a recent installation. The bioswales outside seem to have done their work during recent heavy downpours, as evidenced by the line of silt seen on some of the plants there.

The final word on the tipping point came from the mayor, who said “my wife wants to move downtown!” Barrett says that may happen soon, once the kids are out of the house. 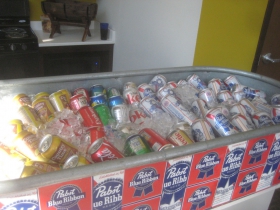 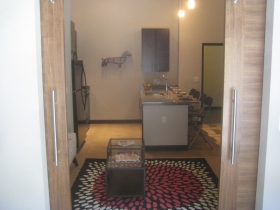 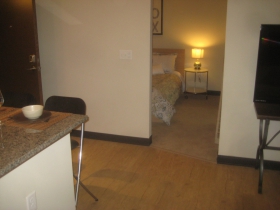 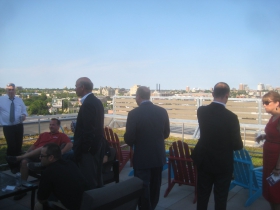 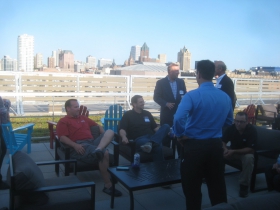 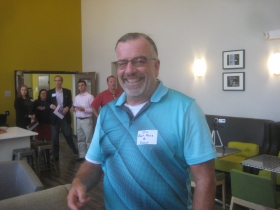