It’s already quite vibrant, but changes like turning Prospect and Farwell into two-way streets could improve it. 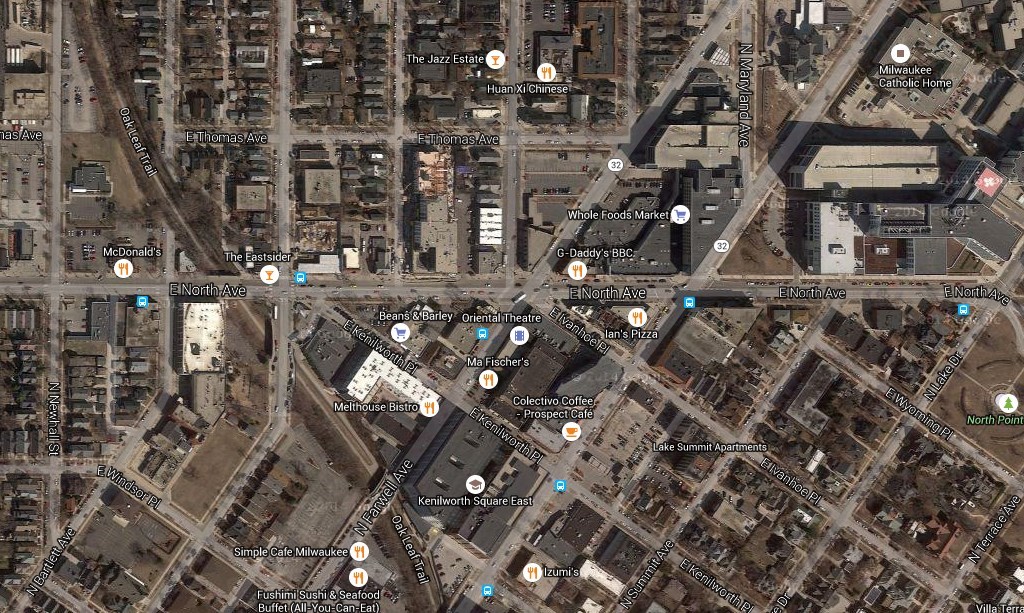 Shaped by former streetcar tracks, the intersection of E. North Avenue and N. Farwell Avenue is a vibrant hub of nightlife and shopping. Although the surrounding neighborhood is somewhat age-diverse, with a senior living center nearby and many owner-occupied single-family homes, this intersection is definitely geared towards a younger crowd of college students and twentysomething professionals.

It’s home to Milwaukee institutions like the Oriental Theater, Landmark Lanes, Beans and Barley, and Von Trier (which, when I moved to Milwaukee, was recommended as the first bar I must try). Modern buildings like Whole Foods and the new Standard at East Library are steps away from the 1920‘s-era Oriental movie theater and Von Trier’s classic German-styled tavern. Overall, the intersection is a walkable, vibrant area dotted with bars, restaurants, grocery stores and other amenities that particularly appeal to the student population that lives nearby. Initiatives like the new library are a step in the right direction, but other efforts will be necessary to ensure that this vibrant, resilient street becomes more inviting to people of all demographics.

Many of the businesses that exist on this street today—like Beans and Barley and Von Trier—have been around for decades, so the intersection had a solid foundation. Its unique, rounded corners and multiple intersecting streets are caused in part, by its history as a streetcar line. The front of Von Trier, for example, was rounded out to allow an appropriate turning radius for streetcars long ago.

These distinctive features are preserved in the intersection’s current state, but with new businesses to keep it lively. The last few years have seen strong growth in the economic vitality and life on this street. Nearly every storefront is occupied now. As Ald. Nik Kovac (whose district this corner is in) tells me, “We’ve really raised the bar for architecture in that area.” Some government efforts that have made this possible include adjusting zoning codes, and raising the minimum and maximum heights allowed for buildings in the area. Today, the contrast of dazzling new structures and quirky, historic facades makes for an exciting intersection with plenty to see and do

A few of the old parking lots remain, but fences and greenery keep the area from feeling like an auto-oriented zone. The sidewalks, which have always been wide on North Ave, foster pedestrian traffic, whether on a busy Saturday morning, or a warm summer evening. The traffic signals at the confluence of North Ave, Farwell Ave, Murray Ave and Ivanhoe Pl. allow pedestrians a reasonably safe amount of time to cross the street from whichever corner they are standing at. If nothing else, the presence of signals at almost every intersection ensures that cars slow down. Bikers also travel through this intersection (bikes are typically parked in the racks outside businesses on this block) and several bus lines connect the area to the wider city, especially the UW-Milwaukee campus just north of here. Of course, the intersection is also a coming-together of several major streets (Prospect, North, and Farwell), so it’s highly convenient for cars as well.

This intersection’s greatest asset is its strong, successful, mostly locally- owned businesses. Walk down North Avenue at nearly any hour, day or night, and you will see parents heading into the grocery store with their kids, college students grabbing a bite to eat or using an ATM at one of the banks, and, in the summer time, happy bar-goers sitting at sidewalk cafes. The ambience is intoxicating.

There’s not much to criticize, but a few things could improve the intersection. First, the street can get overwhelmed with drunken college students and other young people at night and on weekends. During a week like St. Patrick’s Day, North and Farwell was practically unbearable. Of course, that meant a considerable amount of additional business for the bars and restaurants on the block, but it also meant neighbors and children who just wanted a book from the library were forced to endure swearing, vomiting and general debauchery as they walked down the sidewalk in broad daylight. I am writing this as a person who fits the age group that seemed to cause most of the trouble. A little civility would go a long way, but the structure of the street also encourages this behavior.

In the summertime, many restaurants and bars expand onto the sidewalk with tables and chairs for outside seating. This can create a pleasant, upbeat atmosphere, but it can also tend toward the drunken and obnoxious, especially as day turns to night. Maya Pisel, a young woman who lived near this intersection for more than a year says she often “felt uncomfortable walking literally an inch away from people’s lunch or happy hour carrying my groceries.” The intersection of North and Farwell, she notes, “almost always has a mix of people coming to drink and spend money, and people doing basic, life stuff like catch the bus or go to the bank or hospital. This mixing happens pretty respectfully during the day. But, coming home from work around 11:30pm was often jarring, especially on Thursdays and Fridays. People seem to treat that area as a place where it’s okay to have a lot to drink and act recklessly without concern for their impact on others… a lot of people running across that intersection against traffic, shouting, taking up more than their fair share of the sidewalk, driving recklessly and playing loud music.”

Pedestrian safety is also a concern here, despite the wide sidewalks and signals. As Kovac puts it, “It’s a corner where car is king.” It’s not just drunk partiers who are in danger because of their inebriated state. Children, the elderly and people in wheelchairs all pass though this intersection and they aren’t able to react quickly to a car suddenly turning right into them as they cross the street.

The East Branch library has already done an excellent job of drawing a more diverse demographic to this area. In particular, the decision to locate the entrance to the library on Murray Avenue instead of facing the parking lot in the back creates far more activity of different types on people on the sidewalk. The mix of businesses nearby also helps. From my own experience living near here, I value the ability to get some groceries and stop by the library (and maybe grab a mini donut) all in the same trip.

However, I’d like to see this business diversity increase further. Farwell and North could be an excellent location for clothing retail—especially retail that appeals more to the family-oriented, Whole Foods-shopping crowd as opposed to Urban Outfitters down the street. With the exception of the expensive retail in the Third Ward, there is a notable lack of clothing stores within the city limits of Milwaukee. Other forms of retail might also find success here. The resulting diversity would create a better balance between rambunctious young people and others who want to get their shopping done in peace—at least during the daylight hours.

Another change that could improve this intersection is a pedestrian-only segment in the traffic signal sequence wherein all the pedestrian walk signs would light up at once and all the cars would halt. The would ensure better safety and less confusion about when to cross. It might even help out the intoxicated kids trying to run across the street against traffic. (One can at least hope.) Kovac has faith that the increase in residential units on North Ave and nearby will also lead to better pedestrian safety. “The safest thing for pedestrians is more pedestrians,” he says. Kovac also notes a study is underway to explore the feasibility of transforming Farwell and Prospect into two-way streets, a change local businesses have advocated. This would slow traffic considerably and likely create more economic activity.

North and Farwell is a thriving, successful hub of attractive architecture and local businesses, many in operation for years. Building from that foundation to increase the diversity of businesses and upgrade the safety of pedestrians would serve to make the intersection more inviting for people young and old, allowing this East Side hub to prosper for decades to come. 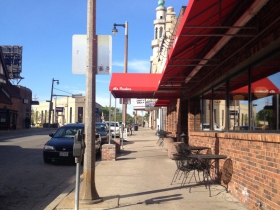 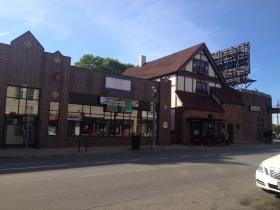 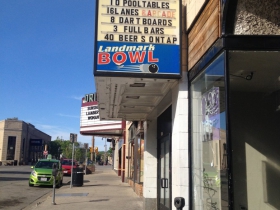 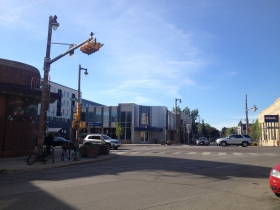 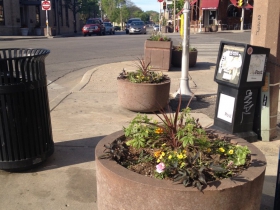 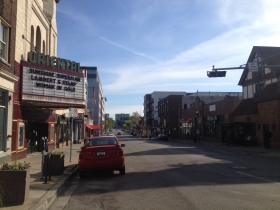 9 thoughts on “Intersection: North and Farwell”