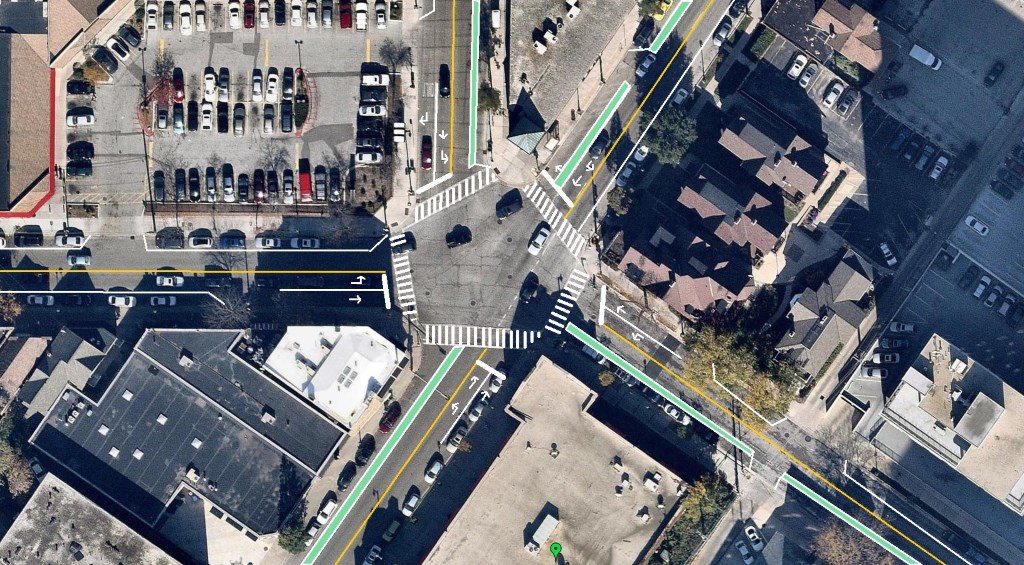 The intersection of Brady, Farwell and Cambridge is one of the most prominent on the East Side of Milwaukee. Thousands of drivers, transit riders, pedestrians and bicyclists pass through it on a daily basis. Several Milwaukee County Transit System bus lines run through this intersection and it is a prominent transfer point for many. Extensive amounts of retail and high density housing surround the intersection, making it a walkable destination for thousands of nearby residents. This intersection is also a gateway to Brady Street – one of the finest retail streets in the city. It is one of the liveliest and busiest intersections in Milwaukee and with that, it deserves due attention and care. While this meeting point has many positive attributes, several relatively easy changes could dramatically improve safety while simultaneously reducing congestion.

As noted, this is one of the busiest intersections on the East Side, if not the entire city. With that activity comes thousands of people in transit – this is a great trait of the intersection. The streets aren’t too wide, the crossing is signalized and crosswalks are present and in relatively good condition. Cambridge Avenue’s approach to the intersection is one piece of this equation that works well. Traffic effectively flows from Cambridge onto Brady or Farwell. Farwell has a recently repainted designated bike lane – this is a good precedent which the city should build on in the surrounding streets or bolster by creating a protected bike lane on the Farwell-Prospect Corridor.

The intersection has multiple uncontrolled left-turn opportunities which put pedestrians at risk and causes congestion in both directions on Brady Street. The lack of designated turning lanes on Brady causes traffic to back up – at rush hour this can cause drivers and transit riders to wait through several rounds of traffic lights in order to pass through. This level of congestion does not benefit the neighborhood or its businesses. On the other side of that issue, high rates of speed on Farwell reduce safety and quality of life on the corridor. Signals need to be coordinated in a manner to improve traffic flow. Let walk signals turn five seconds before paired traffic lights – give pedestrians additional time to cross the street. Bike lane markings, while present on Farwell, could be expanded onto Brady between Farwell and Prospect and ideally onto Cambridge and Brady west of Farwell. That lack of definition can make things difficult for bikers especially considering the number of right-turn lanes. Those undesignated right-turn lane areas leave bikers in a lurch as cars aggressively try to turn.

The suburban-style strip mall shopping center at this intersection has two inconvenient driveways. Those driveways both have poor sight lines and are difficult to enter and exit. The strip mall replaced a three-story historic mixed use building that had street retail. Ideally one day this center will be demolished and reconstructed with either underground parking or parking in back and not fronting the street. While parking is a major concern in the neighborhood, there are better ways to manage and handle it than through the use of an underutilized public lot on valuable land.

What Can We do to Improve It?

Farwell Avenue should be converted into a two-way street in order to slow traffic in both directions and bolster business activity. Farwell has historically been a two-way street and there have been growing calls to convert the street into a two-way corridor once again. Several downtown Milwaukee streets were successfully converted from one-way to two-way streets under Mayor John Norquist. Two-way streets have been shown to have a psychological impact which causes drivers to slow down and to stop more often. One-way streets typically encourage vehicles to stop less, drive faster and also reduce visibility which is bad for pedestrians and businesses.

As has been recommended at other intersections that I have written about, the city should install high visibility crosswalks to improve pedestrian visibility. Green MMA paint can be used to improve visibility for bicyclists. As noted above, bike visibility at this intersection is still insufficient and the right-hand turning lanes leave bikes in an awkward position. In order to relieve vehicular congestion, designated left-turn lanes should be added with paired signals to allow for an allotted turning time. Many drivers on Brady Street are turning onto either Cambridge or Farwell and that should be accommodated with designated turning signals to improve that traffic flow. Designated turning lanes and signals also reduce the chance of collisions between vehicles and pedestrians. Rather than rushed, unregulated turning, vehicles can respond to a designated turning signal and enjoy a safe right of way rather than scrambling to do so. These improvements would go a long way towards improving safety and the quality of life at this junction. 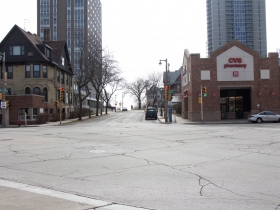 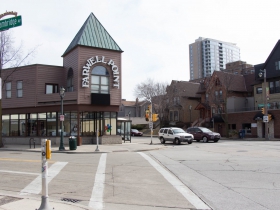 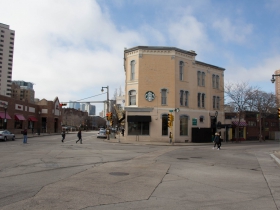 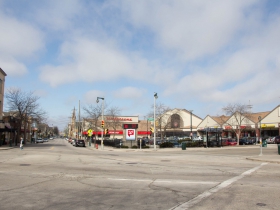 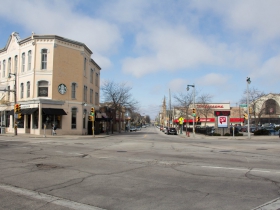 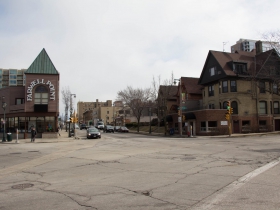