Water and Brady Is A Mess

With growing density and auto, bike and pedestrian traffic. Is there a solution? 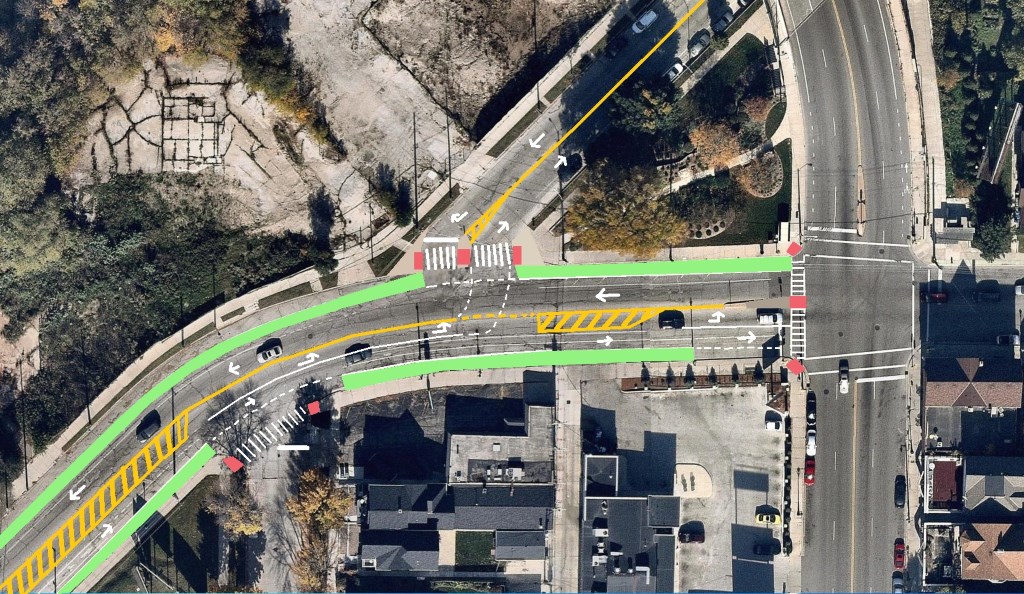 Water and Brady streets is one of the most prominent and problematic intersections on the East Side, if not in the entire City of Milwaukee. This intersection has seen a tremendous amount of development with hundreds of apartments rising in either direction. Previously used primarily by neighboring industrial facilities, the intersection is now in the center of one of the city’s higher density mixed use neighborhoods. With the resulting growth of pedestrian and bike traffic in this area, the need to rehabilitate and reconfigure this junction in a way conducive to improved public safety becomes ever more critical. With many hundreds more apartments set to rise and associated drivers, bikers and walkers sure to come to this location it is urgent that the city formulate and implement a plan to reduce congestion and improve safety for all of the intersection’s users.

Water St. already has bike lanes and is an existing transit corridor. The neighborhood is medium density, walkable and the terrain here provides for a dramatic entrance from the traditional East Side into the North End and Park East Corridor. The flow of traffic is generally fine other than during weekday rush hours and temporarily as a result of jersey barriers associated with the ongoing multifamily construction along Water. Brady Street Park exists in the triangle bounded by Water, Brady and Holton streets – this is a great little community space and beloved by neighbors. In a neighborhood that needs quality green space, it should be made easier to access for those in the neighborhood. This is obviously a nexus of cultural and social institutions in the neighborhood and improving accessibility and safety only stands to the benefit all who use it.

The intersection is constantly backed up by drivers heading north on Water and attempting to make a left across Brady to continue doing so. The topography of the intersection also creates difficult sight lines, making it difficult to see turning drivers. Drivers on N. Water merging onto E. Brady going east are also frequently at a loss with the bustle of turning cars and traffic heading south or north from Brady and Van Buren. Pedestrian crossings are limited and the haste with which one needs to make a left turn from Water St. onto Water St. (north of Brady St.) puts pedestrians and bikes at a risk of collision as they attempt to walk west on Brady St. from Brady Street Park towards Water St. and down the hill. The fact that Water basically merges onto Brady creates the impression of an onramp for drivers – which makes it intimidating for bicyclists and walkers to cross the street. Residential development has grown considerably in the area and drastically increased the population, but the city has yet to respond with adjustments to accommodate those changes.

My proposal calls for eliminating the parking lane on Water St. starting at the Danceworks building and up the hill onto Brady St. until Van Buren and eliminating the parking lane on the north side of Brady between Van Buren and Water. I would push the existing bike lane to the sides of both Water and Brady streets and delineate them with green paint to improve visibility. I would install high visibility crosswalks on the north side of Brady where it crosses Water, on the east or southeast side of curving Water where it crosses Jackson and on the east side of Van Buren where it crosses Brady. High Visibility Crosswalks are basically bar- or ladder-like crosswalk markings that have been found to increase awareness of drivers and provide them with additional time to stop.

I would also implement designated left turn lanes at Water and Brady and at Brady and Van Buren. Under this retrofit, Brady would have one lane of active and unencumbered traffic going in either direction. I would channelize the center of the corridor so as to provide space for drivers and additional overflow space for left turning cars if necessary during rush hour. I would also add a small concrete bump out at Water and Brady so as to draw cars to a slowing stop and to create a more traditional T intersection and less of an onramp aesthetic. I would rehabilitate the existing pedestrian island to create a refuge for pedestrians in crossing from Brady Street Park to Water Street.

The city Department of Public Works has been hesitant to add an additional traffic light to this intersection given there is already a traffic light at Van Buren. With that in mind, I have worked to provide a different resolution to the problem. Water and Brady will continue to be controlled by a stop sign, and pedestrian crossings will be enhanced at three different junctures. Overall we see a plan that prioritizes the flow of traffic from Water to Brady, pays additional attention to bikers and pedestrians, and further controls the intersection in an attempt to reduce accidents – namely left turn accidents. 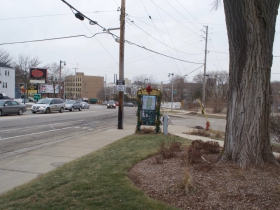 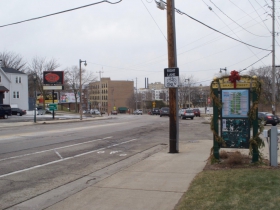 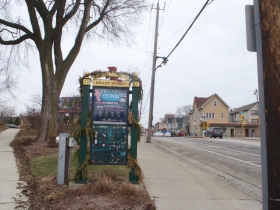 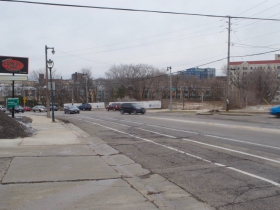 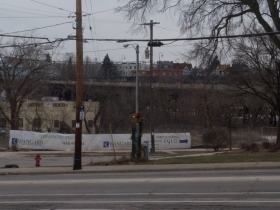 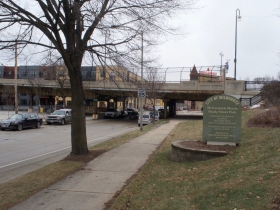 21 thoughts on “Intersection: Water and Brady Is A Mess”