16th And Greenfield Is Chaotic 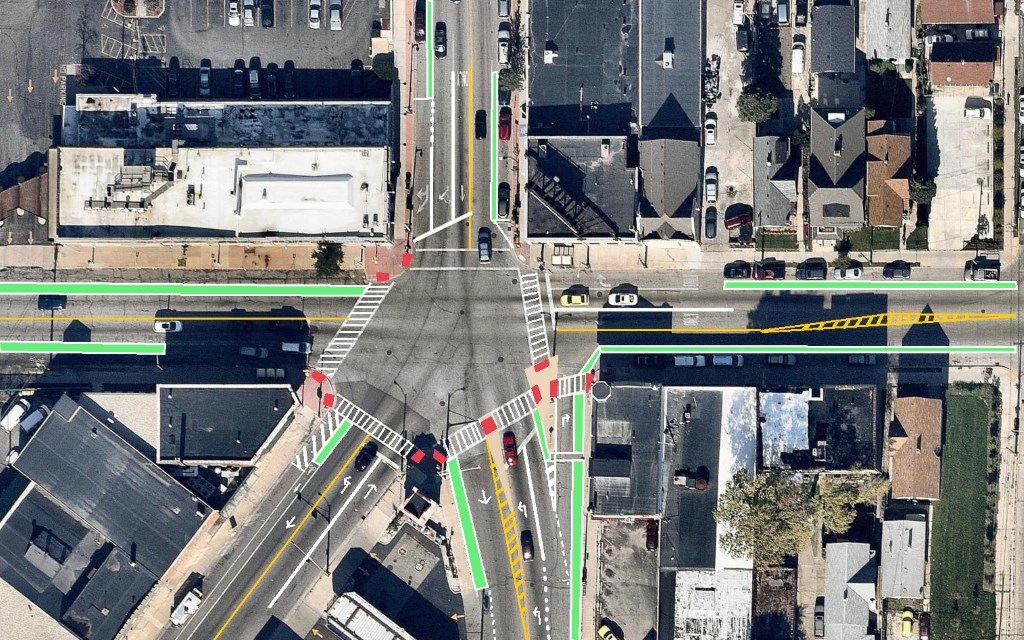 The intersection of S. 16th St. (Cesar Chavez Dr.), W. Greenfield Ave. and S. Muskego Ave. is one of the busiest on the near South Side. It is a gateway to the commercial district of Cesar Chavez Dr., the beginning of S. Muskego Avenue and a node on the major east-west corridor that is Greenfield Avenue. The intersection is in the center of a socially and economically diverse neighborhood that is one of the most densely populated in the city. Thousands of vehicles pass through this intersection on a daily basis, but not always with the best experience. Congestion and confusion define this major intersection – partially the nature of its layout and its importance. I will take a look at this intersection to try and figure out ways to improve the experience for bikers and pedestrians and to reduce the confusion that comes with traveling through this area.

Cesar Chavez Dr. is a bustling commercial corridor that is busy with both foot and auto traffic. This stretch is part of the larger 16th Street corridor which runs north across the Menomonee Valley to Marquette University. Muskego Ave. is a diagonal road running from this intersection in a southwestern direction for about a mile, until it reaches Forest Home and Lincoln avenues. Muskego was recently resurfaced and with that came delineated parking spaces, bike lanes and all new fresh markings. The city has done a significantly better job delineating bike lanes and providing clear markings on these resurfaced streets. Greenfield Avenue is a vital east-west corridor running across the length of the South Side. While portions of the road are in poor condition, it’s fundamentally a healthy urban street and one that could blossom with additional attention and resources from the city. With the abundance of existing businesses on this corner and a healthy amount of foot traffic, we have all of the components necessary to make a visually interesting and healthy intersection.

The intersection is consistently a confusing experience for drivers entering from any direction. Signals and signage both feel insufficient upon approach to the intersection. There is an awkward flow from Cesar Chavez Drive onto S. 16th Street. The experience is confusing for pedestrians as well as for the many people turning left at this location. This leaves pedestrians and bikers at a higher risk of encountering a collision. While the intersection’s density is one of its benefits, it also creates decreased sight lines. Overall signage is not succeeding in identifying the various streets and existing rules of the intersection. The result is confused drivers and risky turns, compounded by the city-wide problem of speeding and distracted driving. While bike markings are fresh on Muskego, there appears to be only one other marked bike lane and that is on Greenfield heading west. This leaves bicyclists at a loss as they approach this busy intersection. While there are ways for bikes to approach the intersection there is no coherent or safe way for them to pass through. Distances between the various corners of the intersection also leave pedestrians at risk. Pedestrian islands can provide a refuge for children and the elderly as they try to cross.

What Can We Do To Improve It?

Key issues are the sight lines, bike safety, pedestrian safety, poor signals and signage and poor driving practices. The first thing I would do: install designated turn lanes on Cesar Chavez Dr. in both directions, on Muskego Avenue, and in both directions on Greenfield Avenue. Signals should then be installed for these new turning lanes and provide for a designated time for left turns. I would put signage above those turning lanes designating them as turning lanes and would add additional signage to identify street names and to watch out for pedestrians. I would retrofit all the crosswalk markings to the High Visibility format so as to improve pedestrian safety. I would also install an island on the south side of the intersection on 16th Street to provide respite for pedestrians as they cross and to naturally cause drivers to slow down as they pass through. There is a wide expanse of pavement as S 16th turns into a narrower street – with that, I would mark it so that only one lane of active traffic would continue south from the intersection rather than acting like a funnel for cars. I would add and define bike lanes on every approach to the intersection and do so with green MMA paint to improve bike visibility. I would run peg markings through the intersection to delineate the pathway for bicyclists. I would add new red tactile paving pads at all pedestrian crossings in an additional attempt to raise pedestrian visibility and to provide a safe and easy passage for children and other users. With these improvements, we might see a reduction in the number of left-turn accidents, improve bike and pedestrian visibility and ideally slow the pace of traffic while maintaining a smooth and efficient flow. 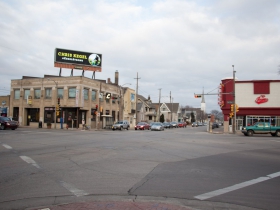 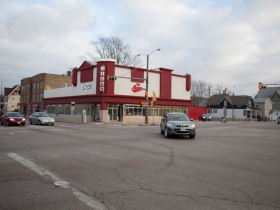 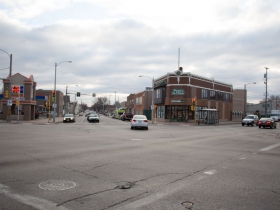 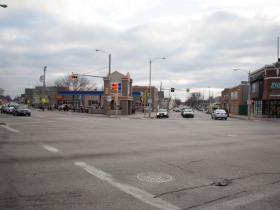 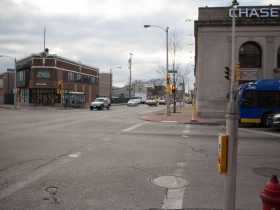 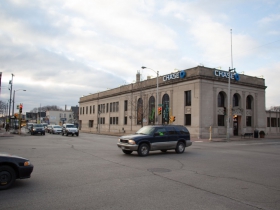 5 thoughts on “Intersection: 16th And Greenfield Is Chaotic”