A proposal for five new apartment buildings in Bay View. And will At Random be razed? 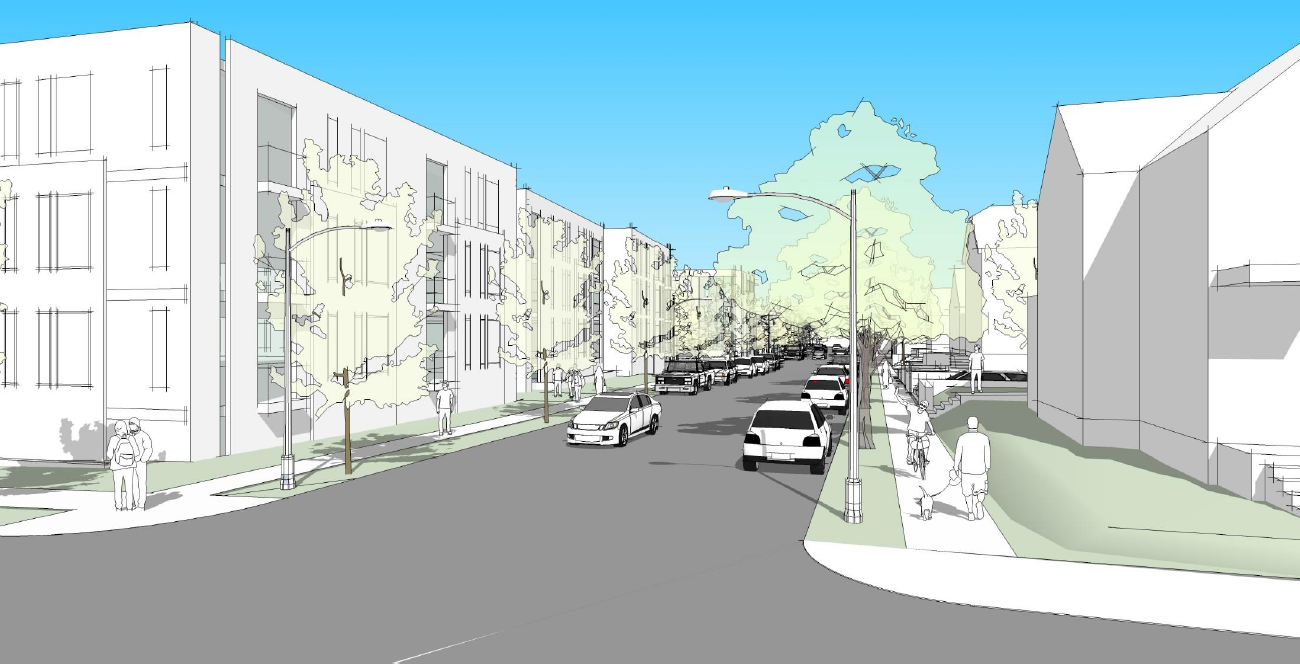 “It’s not only a good project, it’s a great project” Ald. Tony Zielinski told the committee.

Zielinski was speaking about a $40 million apartment complex being proposed for Bay View during yesterday’s meeting of the Zoning, Neighborhoods & Development committee.

The complex includes five buildings, each three to four-stories high, and would include 307 rental units. It would be located on at six acre site at 2151 and 2181 S. Robinson Ave., located on the west side the street, north of E. Ward St. This site is commonly known as the former Sweet Water Organics site.

The development team came before the committee to request the property be rezoned from Industrial-Heavy and Local Business to a General Plan Development to allow for housing to be built on the site.

Williams told the committee the that housing was the “highest and best use of this site,” which is what was specified in the city approved neighborhood plan.

The area plan “actually recommends rezoning this for housing,” said Vanessa Koster of the Department of City Development (DCD).

“This is the most aesthetically unpleasant part” of the area and this project will “turn it into one of our strongest anchors,” added Zielinski.

Williams explained the team hoped, if possible, to save the structure of the Sweet Water Organics building and have a first-floor retail space that could be an art gallery or support a local Bay View retailer with residential units above. He added that the U-shaped and L-shaped buildings located along E. Ward St. could each be broken into two buildings depending on site conditions, environmental concerns, and given the site’s slope.

No one spoke in opposition of the project and following a short discussion the committee, made up of aldermen Bob Bauman, Jim Bohl, Nik Kovac, Jose Perez, and Willie Wade, unanimously approved Milhaus Development’s request to change the zoning of the site to a General Plan Development.

This is just a preliminary step and the proposal will still go before the common council and the mayor for approval. An additional request must go  before the zoning committee before the summer recess to approve a Detailed Plan, but at this point the basic density, height, and massing of buildings was approved by the committee.

“This is not the Renaissance of our area, it is the Golden Age,” wrote Zielinski. 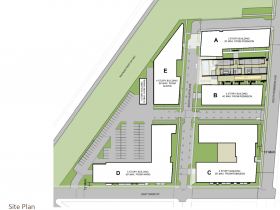 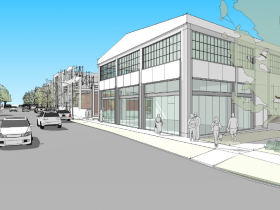 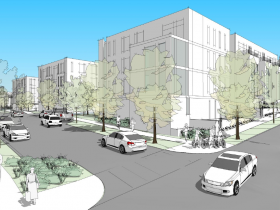 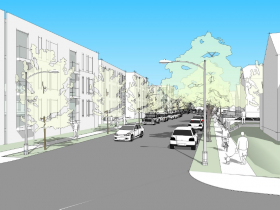 On April 29th, Tyler Maas, of the Milwaukee Record, “stumbled upon the surprising news” that the bar At Random was for sale. On May 1st, Molly Snyder reported for OnMilwaukee.com that the property was no longer for sale. She confirmed with Zielinski that it was likely being sold in conjunction with five neighboring properties. Zielinksi told her a developer was considering demolishing At Random and building a 120-unit apartment complex on the site.

In response, residents have launched a Save ‘At Random’ Facebook page which now has 1,300 likes. And on May 4th Zielinski posted on Facebook that “At Random has not been sold,” and that he’s holding a neighborhood meeting regarding the future of At Random.

Not far from the At Random site, according to a story by Katherine Keller of the Bay View Compass, there will be a neighborhood meeting on May 20th to discuss the possibility of developing the 5.6 acre, city-owned, former Army Reserve site, defined by S. Logan Ave., S. Bay St., E. Lincoln Ave., and E. Conway St., with environmentally friendly micro-homes.

Bay View resident Nikolai Usack, using a design, known as Machthaus, for green homes developed in collaboration with Stephen Servais, and Juli Kaufmann, intends to build the first of these homes at with 2442 S. Winchester St.

In 2009, a development known as Eco Bay was approved for the Army Reserve site by the DCD. The proposal by the Housing Authority of the City of Milwaukee had been selected after DCD reviewed seven plans that had been submitted in response to a city Request for Proposals. It was to be a net zero energy development that included a mixture of low-income senior housing and market rate rental units. The proposal faced fierce opposition (in fact, it was one of the ugliest public meetings I’ve ever attended) from neighborhood residents over the low-income senior housing component. At the time Zielinski opposed the development, despite the fact it met all the environmental standards put forth in the RFP.

In 2010 Keller reported the project was scrapped according to Martha Brown, DCD deputy commissioner, for “…challenges in arranging financing for the project.”

The zoning committee also recommend the sale of the city-owned properties at 1840-42 and 1848 W. Fond du Lac Ave., for $5,000, to Eye Ntoboase, LLC, which is led by Jeremy Davis. Davis, a neighborhood resident, will co-develop the properties with Kaufmann, principal of Fix Development LLC. The renovation has an estimated cost of $425,000. Davis has letters of intent from two tenants: Fix Development LLC and Bottlewood Communications LLC. Kaufman noted they hope to use crowdfunding to allow neighborhood residents to take ownership in the redevelopment of the building and neighborhood.

-During the zoning meeting Joe Klein, the developer of the Posner Building, stated the project should finish around the middle of August.

-On Monday, according to a Business Journal story by Sean Ryan, the River House apartment proposal which will be built on the former Gallun Tannery site along the Milwaukee River on the Lower East Side was recommended for approval by the City Plan Commission.

-The Boerke Company tweeted at Urban Milwaukee that a building built in 1884 and just “steps from the BC [BMO Harris Bradley Center]” is up for sale. More here.

-A request for site work that has an expected start date of October 12th, 2015 was noticed on a construction bid site for a 44-story tower in Milwaukee, The Couture.

-Recently, Jeff Tredo left Korb Tredo Architects and joined Rinka Chung Architecture. The departure has led to at least one firm’s name change as his old firm has renamed itself Korb + Associates Architects. Is another firm name change in the works?

One thought on “Plats and Parcels: Bay View’s Golden Age?”